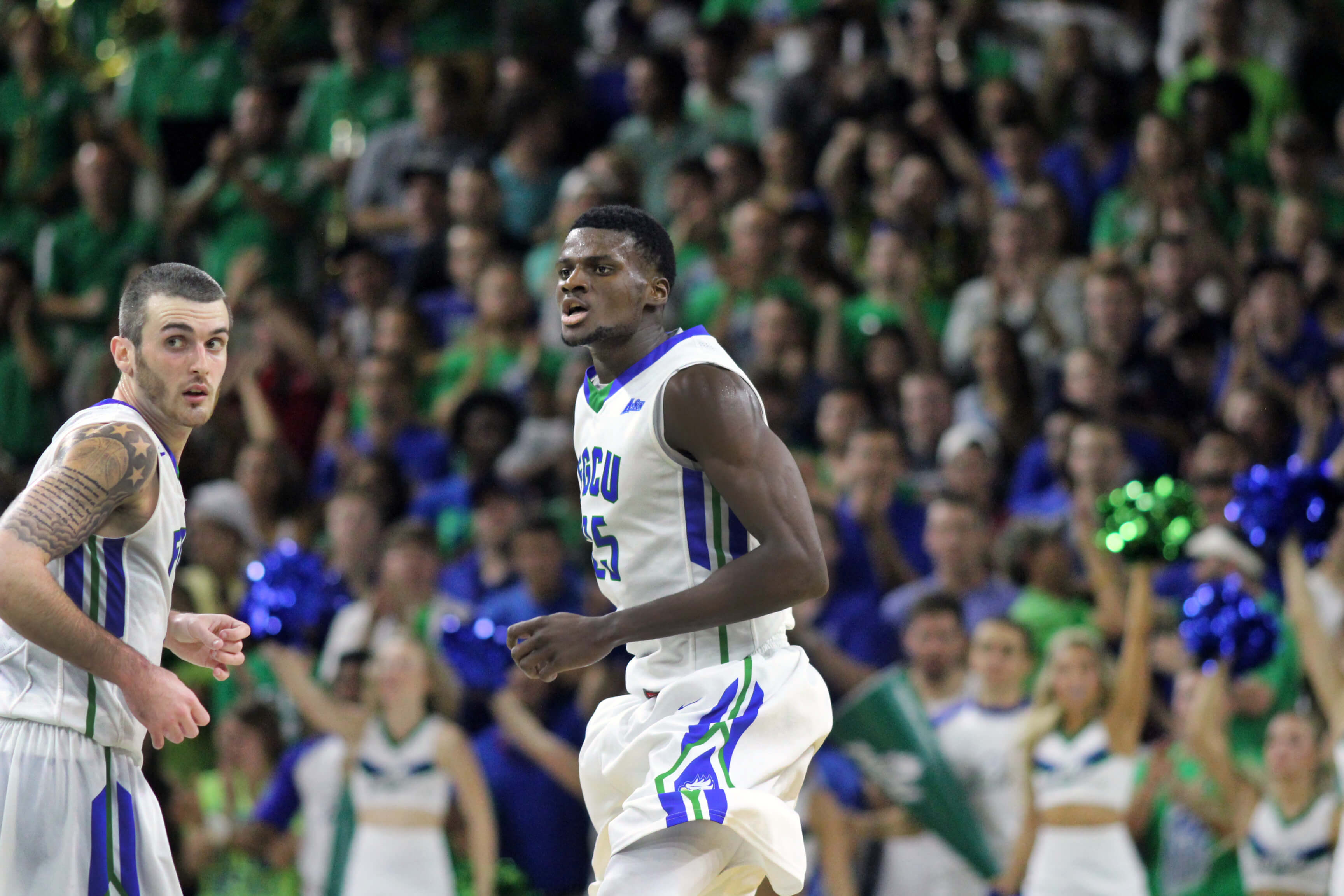 “I think they (UNF) did a good job I thought from an energy standpoint especially in that spurt in the second half.,” FGCU head coach Joe Dooley said. “ They really controlled the game. I thought we let our missed shots control how we guarded and once we did that they took advantage.”

With the loss, FGCU is now tied with UNF atop the Atlantic Sun Conference standings. Although FGCU could win a co-regular season conference crown, UNF owns the tiebreaker after beating twice over the regular season. FGCU would need to win Saturday at Jacksonville and have UNF lose to Stetson to win back the home court advantage going through the tournament.

“We’re going to line up Saturday and play as hard we can,” Dooley said. “We still have a lot of season to play for. Now this is a setback, but until some things go south you can’t find out how good you can be.”

UNF’s Beau Beech led all scorers with 22 points going 8-15 from the field and 5-9 from the perimeter and adding 13 rebounds. Marc-Eddy Norelia scored a career-high 19 points off the bench and added four rebounds.

On a night where FGCU’s five seniors were recognized and legendary broadcaster Dick Vitale was in attendance, UNF outshot FGCU 49.2 percent to 36.9 and were red hot from 3-pt territory shooting a stellar 56.3 percent.

After that trip, the Eagles will return to host the quarterfinal of the A-Sun tournament at Alico Arena on Tuesday, Mar. 3.