Upset not meant to be for FGCU women 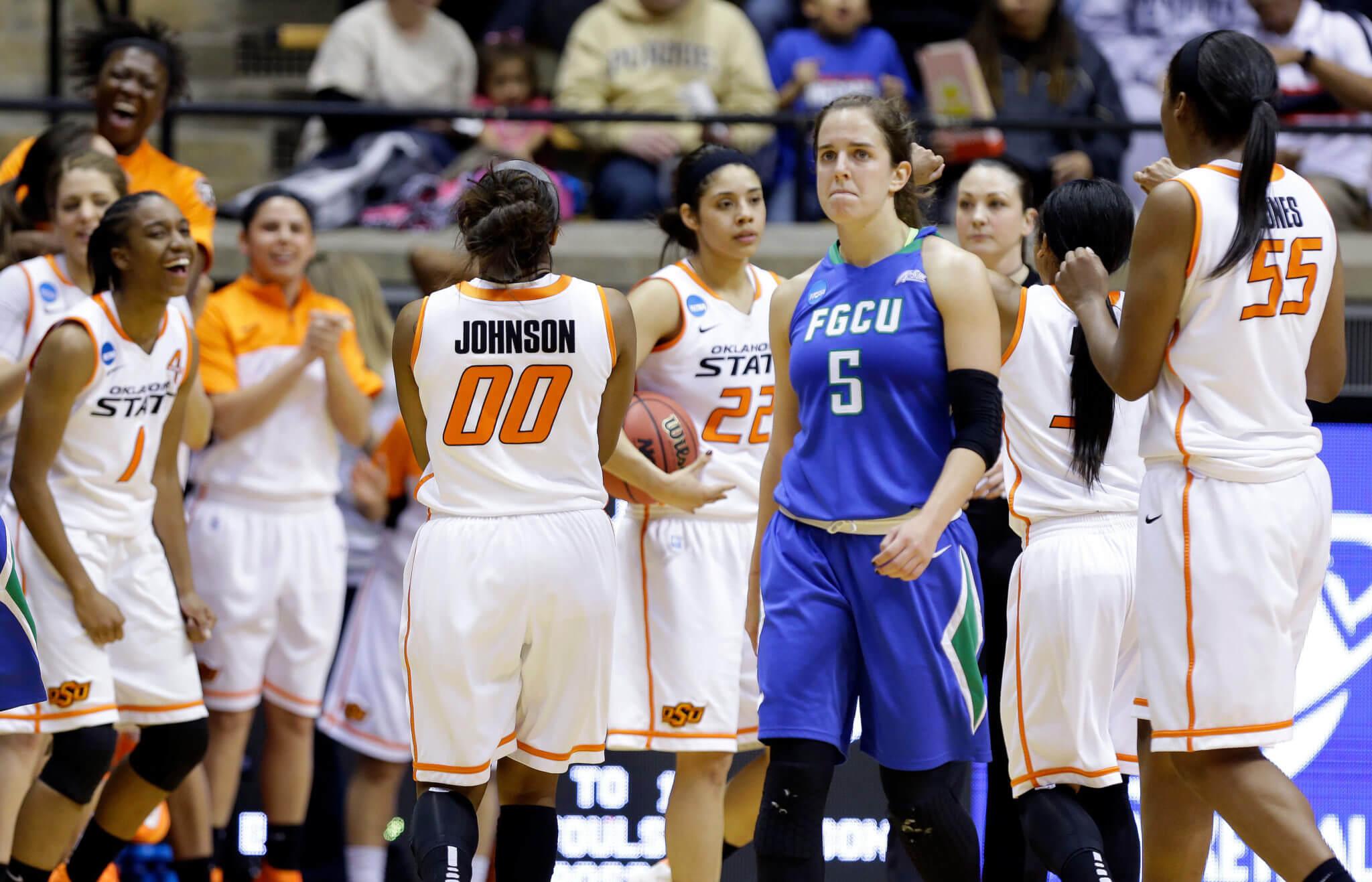 The Florida Gulf Coast University women’s basketball team fell to Oklahoma State University in the first round of the NCAA tournament, 61-60.

“Obviously, this is a very frustrating way to go out,” FGCU head coach Karl Smesko said. “March can be very cruel sometimes. I’m really proud of our team and the way we played, and, you know, we just didn’t finish regulation and then we needed to make one more play in overtime to advance and give Oklahoma State credit they fought and refused to lose.”

FGCU started the game ice cold only making three of its first 19 shots and fell behind by double digits in the middle of the first half.

Sparkplug Stephanie Haas helped lead a comeback with a 19-8 run to bring the game to a tie at 28 at the half.

After back and forth scoring to start the second half, the Eagles finally found their range from three-point land with two 3-pointers from Knight and from Cobb as well taking a 47-40 lead with 12:17 remaining.

After jumping to a 10-point lead with 10:22 left in the second half, the Cowgirls began clawing back and FGCU started playing what Coach Smesko would call “tentative basketball.”

“When you’re playing a team like Oklahoma State, you can’t just hope the time runs out,” Smesko said. “You gotta make a play to win the game and I just thought we got real tentative, especially the last four or five minutes, maybe being too afraid to make a mistake or be the one to do something wrong.”

Senior Sarah Hansen added, “We just tried not to lose, as opposed to trying to win and finish the game off.”

FGCU failed to score for six minutes and three seconds and over that span the Cowgirls erased the six-point lead with an 8-0 run that gave Oklahoma State a 57-55 lead with 54 seconds left in regulation.

A Kaneisha Atwater layup tied the game at 57 with 35 seconds left and nearly made a half-court shot as time expired to send the Eagles to the second round.

In overtime, both teams played lockdown defense and FGCU took the lead, 60-59, with 3:14 left in OT with a Cobb 3-pointer. Oklahoma State’s Tiffany Bias made a difficult layup with 40 seconds remaining in the overtime period taking the 61-60 lead. Cobb had a good look at a three-pointer with 10 ticks left for the lead but rimmed out. The Eagles fouled twice in the final seconds and the Cowgirls missed both of the one-and-one’s but couldn’t get a shot off as time expired.

Florida Gulf Coast finishes the season at a record of 26-8 and the lone senior Hansen ends her career in West Lafayette, Ind., as the program’s all-time leading scorer and record in field goals.

“It has been a real treat, she is the brightest young lady I have ever coached,” Smesko said. “She is such a great competitor. It would have been nice to see her get to advance in this tournament and that’s going to be another frustration about this, as our two trips here, we’ve got two overtime losses in this 12-5 game. She is going to be greatly missed.”

The Cowgirls (24-8) will play No. 4 seed Purdue in the second round on Monday night and head coach Jim Littell was relieved to make it through and complementary of the FGCU program.

“Very, very good Florida Gulf Coast team. Extremely well coached,” Littell said. “That guy (Smesko) can coach with anybody in the country, I promise you that. He has his team well prepared. We knew going into the game that it was a very tough guard for us, and the fact that they spread you out and drive so much, they shoot so many three’s.”