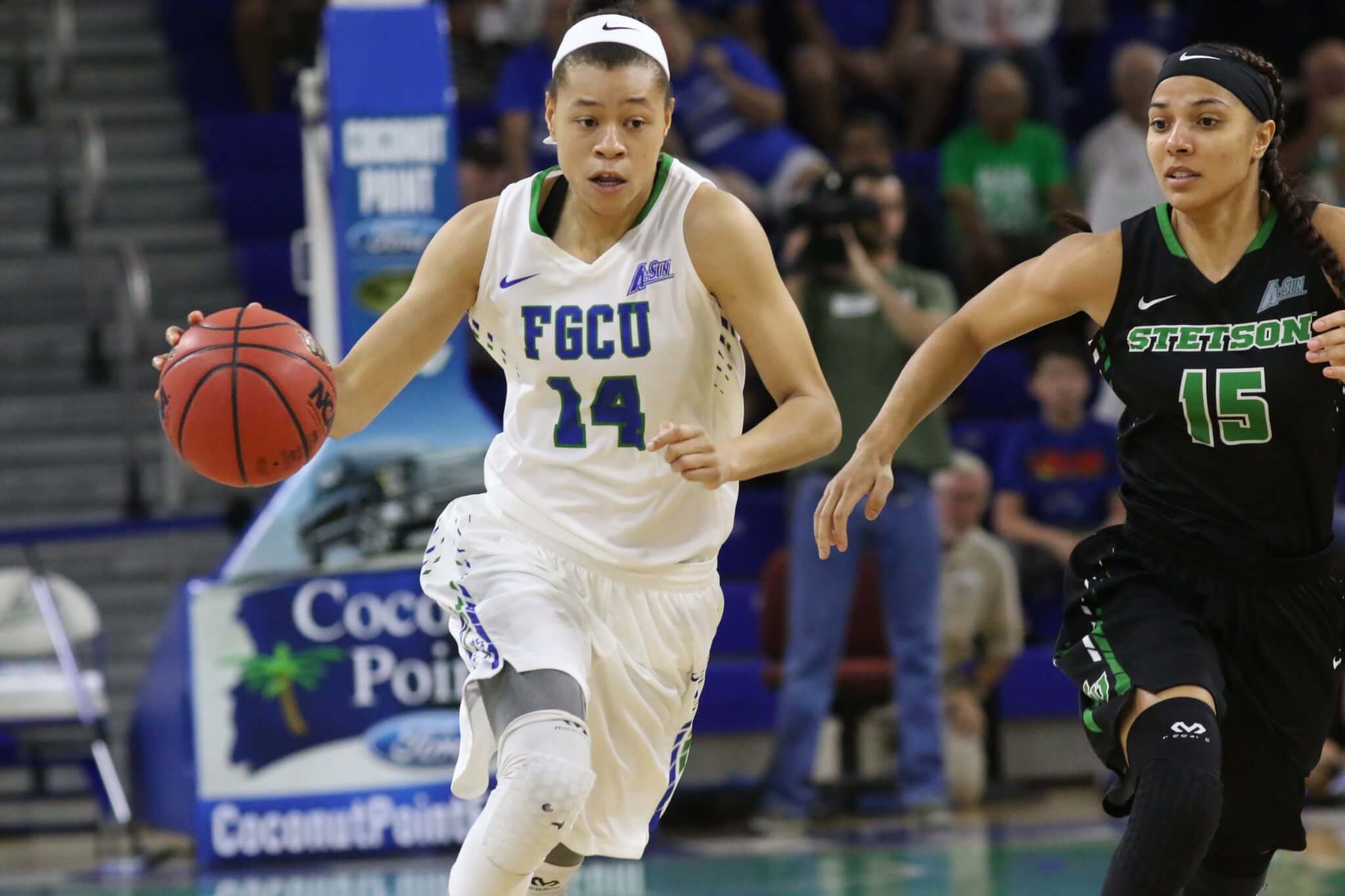 FGCU’s Assistant Director of Athletics Communication Jamie Church, who is assigned to the team, told Eagle News that Knight will “be fine moving forward.”

The A-Sun Player of the Year battled through what appeared to be an injury to the right elbow in Wednesday night’s game after coming down from an offensive rebound attempt in the third quarter. Knight came out before the fourth quarter began, returned with six minutes of play and again left after fouling out less than two minutes later.

In Wednesday night’s game, FGCU fans saw a glimpse of the same team that went eight games without Knight earlier this season, who still came away with a 61-48 win to advance to its fifth-consecutive conference championship game.

Knight is expected to be back in Sunday’s 2 p.m. A-Sun Championship game between Jacksonville and FGCU. With the win, FGCU will earn its fourth conference title and advance to make its fourth NCAA tournament appearance.