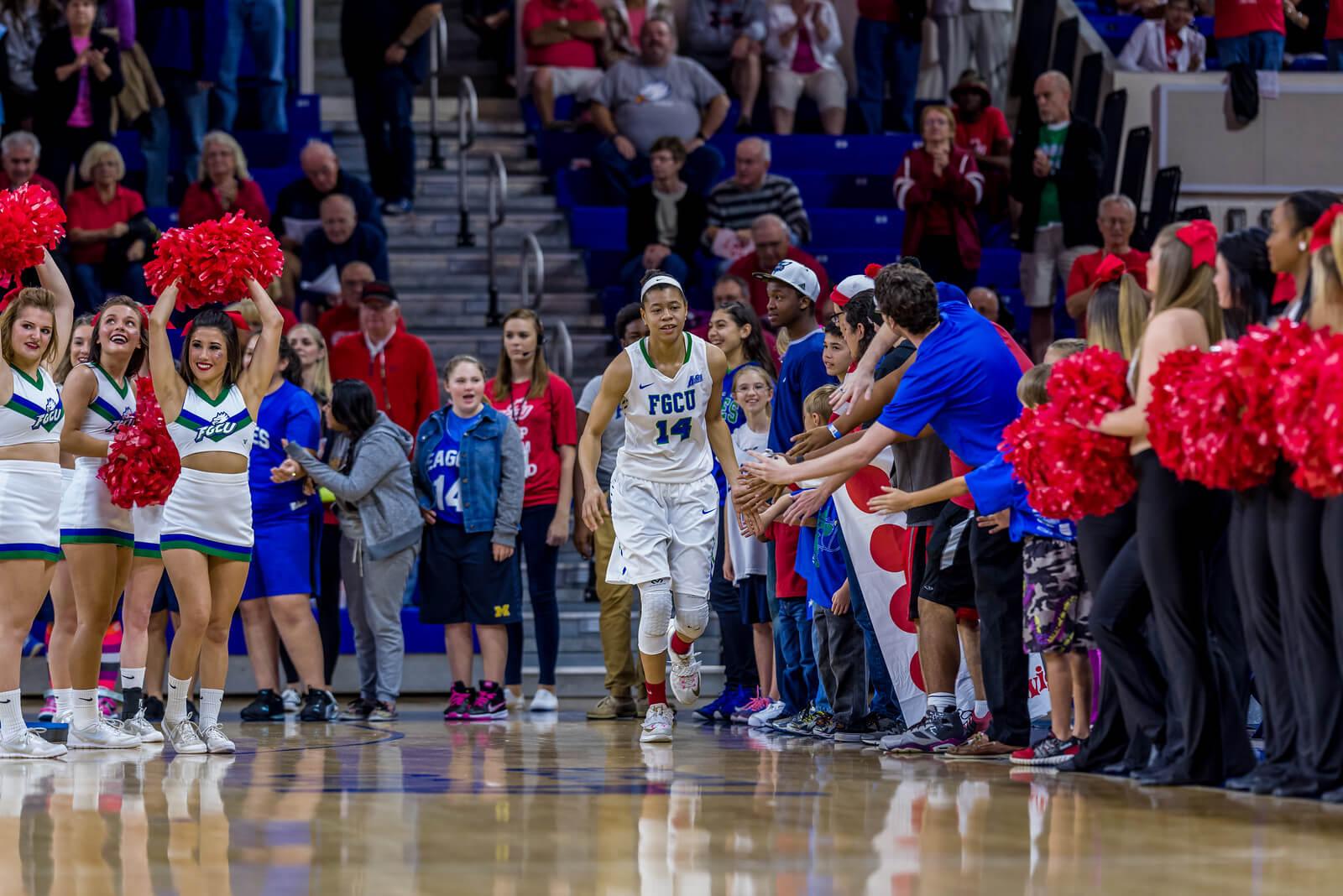 For the second-straight year, Whitney Knight has been named Atlantic Sun Conference Player of the Year.

Knight suffered a foot injury this season, keeping her on the sidelines for eight games.

Whitney Knights lays a shot off the glass. (Photo by Linwood Ferguson)

In her first game back, at Providence in mid-December, she put up 16 points and 10 rebounds. She averages 13.1 points and 6.5 rebounds through the 21 games she appeared in this season, in addition to racking up five double-double performances.

In the last six games alone, the 6-foot-3-inch guard has pulled down 53 rebounds.

In addition to her Play of the Year title and her third-consecutive First Team All-Conference honor, she also holds the all-time A-Sun record in blocks at 299 throughout her collegiate career.

With Knight on the floor, the team is on a 19-game win streak.

The team is set to host NJIT on Friday, March 4, for the second time this season in the first round of A-Sun Championship play.