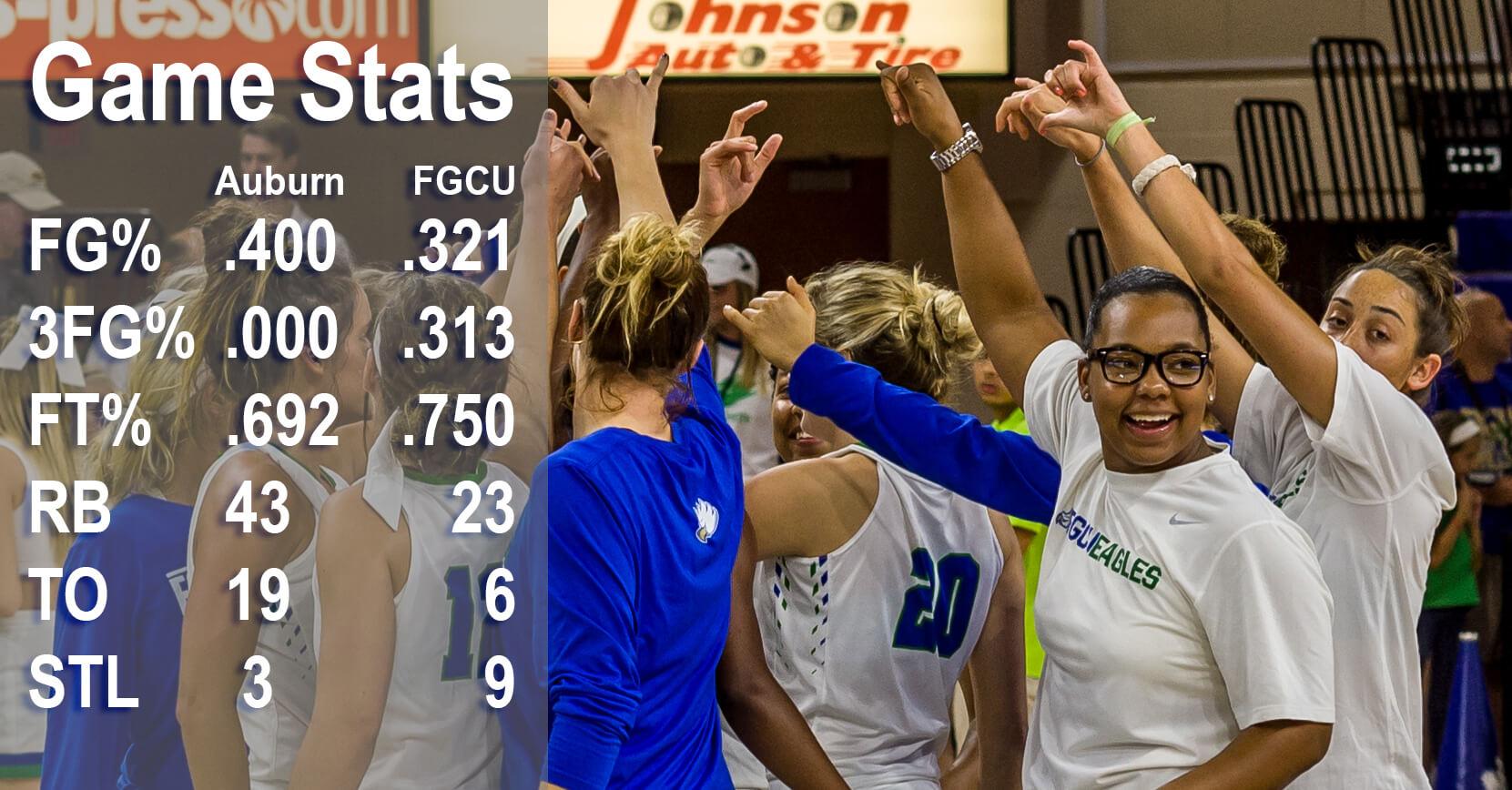 The Eagles took down the Auburn Tigers in a highly anticipated matchup at Alico Arena Wednesday night.

The teams traded the lead four times and were each held scoreless for long periods of time in the early goings.

Auburn’s Tra’Cee Tanner had her fourth double-double of the season. Despite her strong performance, turnovers and a long scoring drought in the second and third quarters led to a 52-45 Auburn loss at Florida Gulf Coast on Wednesday night.

The rest of the Auburn offense was nonexistent, as Tanner had seven of Auburn’s 18 field goals. Auburn freshman Janiah McKay had nine points, but no one else had more than six points. FGCU kept Auburn’s at their lowest-scoring game of the season.

Kaneisha Atwater fights for possession during the Auburn game on Wednesday evening at Alico Arena. Photo by Linwood Ferguson.

FGCU’s DyTiesha Dunson and Taylor Gradinjan led the team with a combined 30 points. FGCU was outperformed statistically, with a 32.1 percent mark from the floor compared to Auburn’s 40 percent.

“We thought that the key to the game would be taking care of the ball,” head coach Karl Smesko said. “We knew we couldn’t turn it over. Auburn is so good at forcing turnovers and turning those turnovers into points. I thought our team did a good job of getting open, working together and taking care of the basketball.”

Rebounding was not a problem for the Tigers, as they pulled down 43 and held FGCU to 23 boards on the night. Auburn turned 12 offensive rebounds into 11 second-chance points.

Auburn went 5-for-14 in the final 10 minutes to cut the deficit to just six points with three minutes to play.

With a 49-43 lead, the Eagles forced two turnovers and added three-made free throws in the last 90 seconds to seal the victory over the SEC opponent.

The Eagles host the Hartford Hawks in Alico Arena to start the new year for the final non-conference contest of the season on Saturday, Jan. 2.