Women’s club soccer continues to broaden their support for FGCU 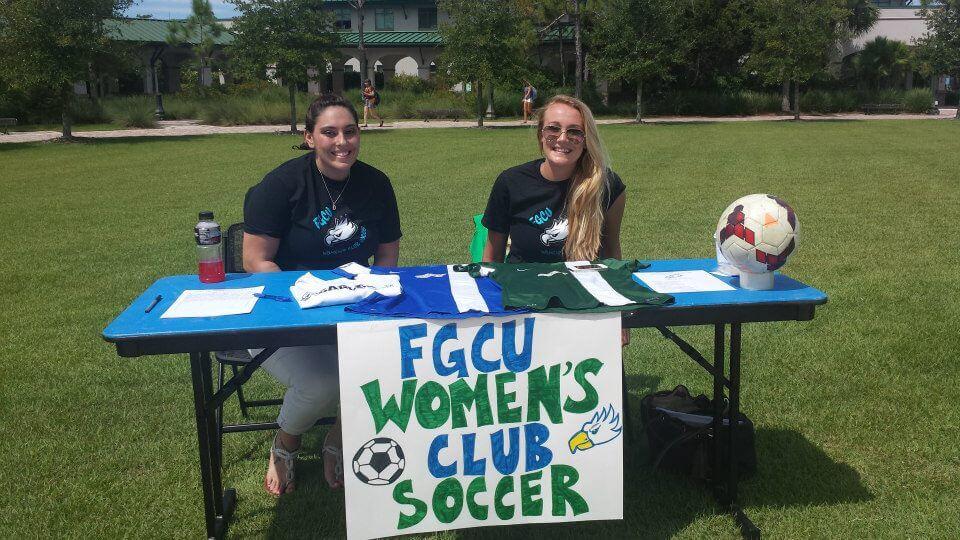 With constant growth, the FGCU women’s club soccer team continues to bring in female athletes who share a passion for soccer every semester.

However, players put forward more than just passion. The team also looks for those willing to give back to the school and the community.

As the fall semester approaches, those interested in the club start flooding in.

With tournament play beginning in the fall and practice starting up in the spring, the organization consistently stays in action.

“As a group we get about 30 girls who show up for the fall semester and a little less during the spring,” said FGCU women’s club soccer president Dominique Deluca. “All of our league games happen during the fall so we get to travel all over the state to play.”

Commitment can be an issue for many students who also have a desire for sports. However, with the women’s soccer club, one can get the freedom of a college student, while also being a part of an organization they are enthusiastic about. 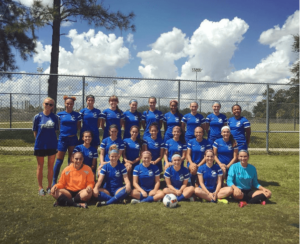 “We have usually different groups each year, but just tend to lose some girls in the spring time due to work and school,” Deluca said.

Yet, one can still take part in scrimmages and tournaments in the spring in preparation for play in the fall.

Eventually, when the fall season rolls around, the organization focuses more on their play and time spent on the field, rather than off.

With league games starting in September, the club is off to a quick start to begin their school semester.

“We’re top three in our league and plan on traveling to two tournaments this semester — one to UF and the other to UNC,” said FGCU women’s club soccer treasurer Dana Jones.

As members go, anyone can join, with a lot to no experience. With veterans leaving and rookies coming in, the team frequently has to adjust to a new team, however, this task has yet to present any problems.

“We only have two seniors on the team so they’ll be in good standing for the coming year,” Deluca said.

Like many other sports and club sports, the team also has set practices leading up to fall season play time. With practice two nights a week, a team member can easily manage being an athlete and a student.

Yet, traveling to these league games is determined by who shows to practice, who is dedicated and how well they perform.

“To prepare for the fall season, we work on fitness, touches on the ball and set drills for game situations at practice,” Deluca said.

Also, off-the-field conditioning is a major part of pre and post season training.

The team has attended Crossfit Lawless to take a break from the field and work more on the strength aspect of the game.

The FGCU women’s club soccer team also tries to be involved off the field.

From fundraisers to supporting other FGCU teams, the organization works to show their support.

“Not only are we dedicated to the sport of soccer, we make it a point to fundraise and do community service,” Jones said. “We love to support other sports clubs on campus and look forward to the success of our upcoming fundraisers.”

Showing support not only to club sports, but also to most FGCU sports, the women’s club soccer team looks to interest those who have dedication not only to the sport, but to FGCU as a whole.

“We make sure to have some of our members at other club events and events in general so our support is noticed in hopes others will support us too,” Jones said.