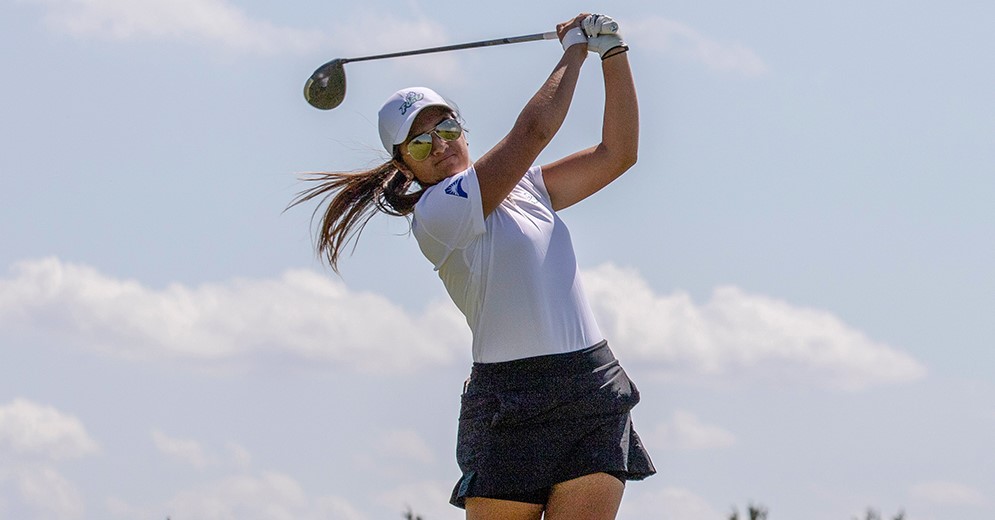 Photo Provided by FGCU Athletics // Laura Edmonds continues her stellar sophomore campaign as she took second place overall in the Jupiter Invitational with an even par 213.

The FGCU women’s golf team finished second out of 11 teams at the Jupiter Invite, ending the tournament with a final score of 884 (+32).

Laura Edmonds, who recently won her third ASUN golfer of the week honor, shot a 212 (-1) and finished at an even par-54 score. Edmonds was only one stroke behind FIU’s Agueda Cortilla-Mas, who finished in first place.

“We had a very solid finish and a big congrats to Laura for her second straight runner-up finish,” FGCU head coach Sarah Trew said. “Overall, we didn’t have our A games this week, but really grinded it out for a good tournament. We have a quick turnaround for FIU so we are going to focus a lot on short game and course management.”

Freshman Sarah Edwards, in just her second collegiate tournament, came out of the final round with a score of 74, finishing in seventh place with an overall score of 219 (+6).

FGCU had Ailsa Clark just finish outside the top ten at 11th overall, shooting a final round 73 to gain an overall score of 220 (+7).

The Eagles have consecutively placed better in each tournament they’ve played this year, also having finished in the top two in six of eight tournaments dating back to last year.

FGCU women’s golf will close out their fall season with their final tournament, the Pat Bradley Invitational, hosted by FIU on Oct. 20-22.