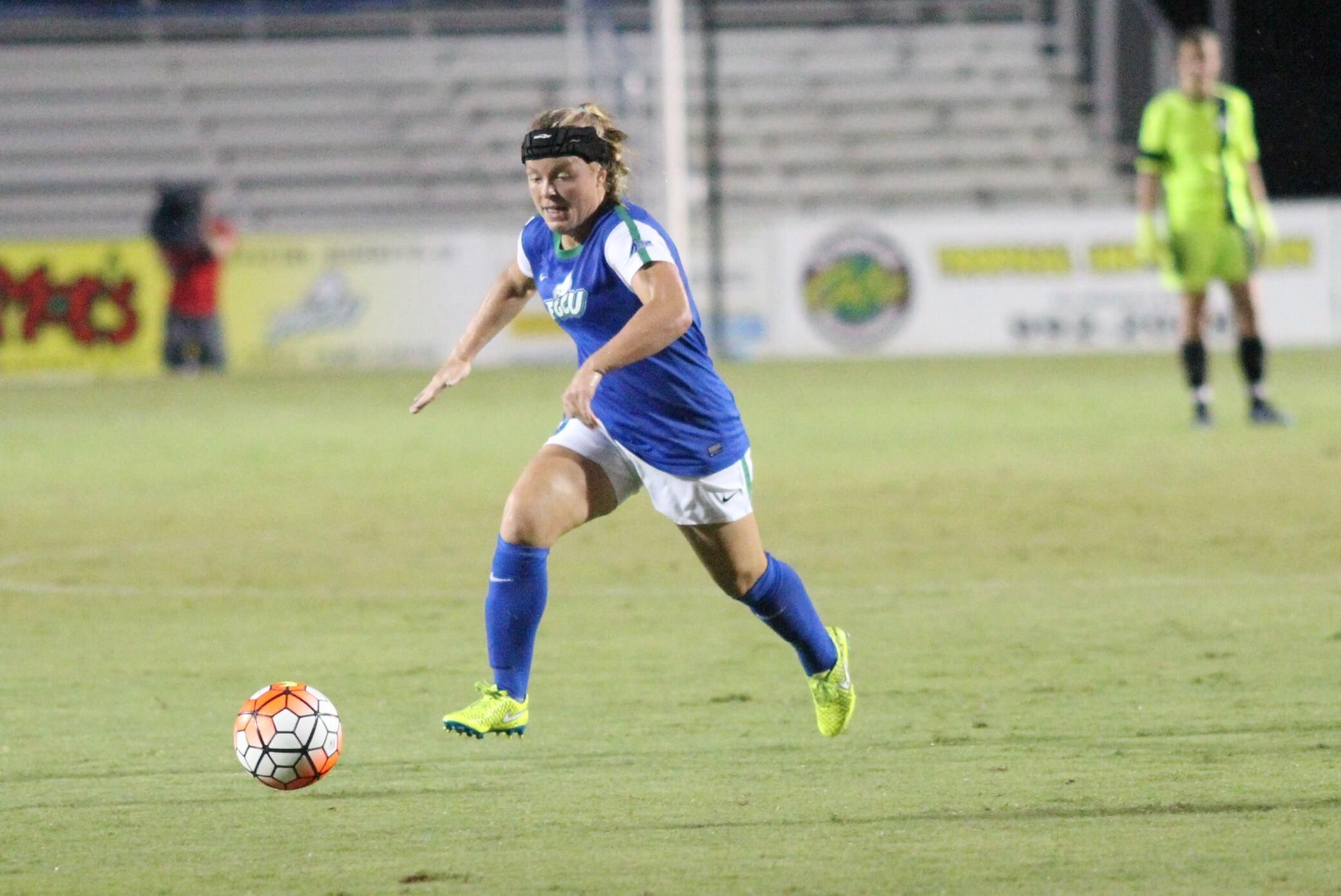 It was an off night for a team caught off sides.

After a physical and scoreless first half, University of Miami women’s soccer team walked away with the win against FGCU.

Action began in the second half when Miami’s Emily Auld scored in the 56th minute of play, assisted by Grace Rapp.

With less then two minutes remaining in play, FGCU’s Kaitlin Parker found the back of the net, only to be revoked for an off-sides call.

Missing two key players—Tabby Tindell and Ashley Parks — the team was at a set back from the start.

“That definitely hurt us,” head coach Jim Blankenship said. “The energy wasn’t there and the girls are going to have to step up.”

For freshman, defender Camille Knudstrup this was her seventh collegiate game, and she stands out among the incoming freshman. She started and played the entire game, bringing great energy to the field even when the Hurricanes got physical.

“We were missing a lot of energy, and we should’ve been smarter with our passes,” Knudstrup said. “It’s definitely a level of play I’m not used to. We do a lot of fitness; I’ve improved my fitness level. I think we were just missing the energy and the speed we needed.”

FGCU came into Friday’s match against Miami with a 3-2-1 record to the Hurricane’s 1-4 record. Meanwhile, Miami suffered losses to Texas, Florida, UCF and Florida Atlantic. Miami returned eight starters this season after losing goalkeeper Emily Lillard and two other starters to graduation.

The Eagles will face FIU, Sunday. In their past eight meetings, FGCU has dominated with a 6-1-1 record and a combined 14-8 goals. FGCU and FIU have gone into overtime three times while playing in Miami six of the eight meetings.

“This was not a good result,” Blankenship said. “We’re going to have to step up on Sunday against FIU.”

FGCU will face the Panthers at 1 p.m. Sunday afternoon at the FGCU Soccer Complex.