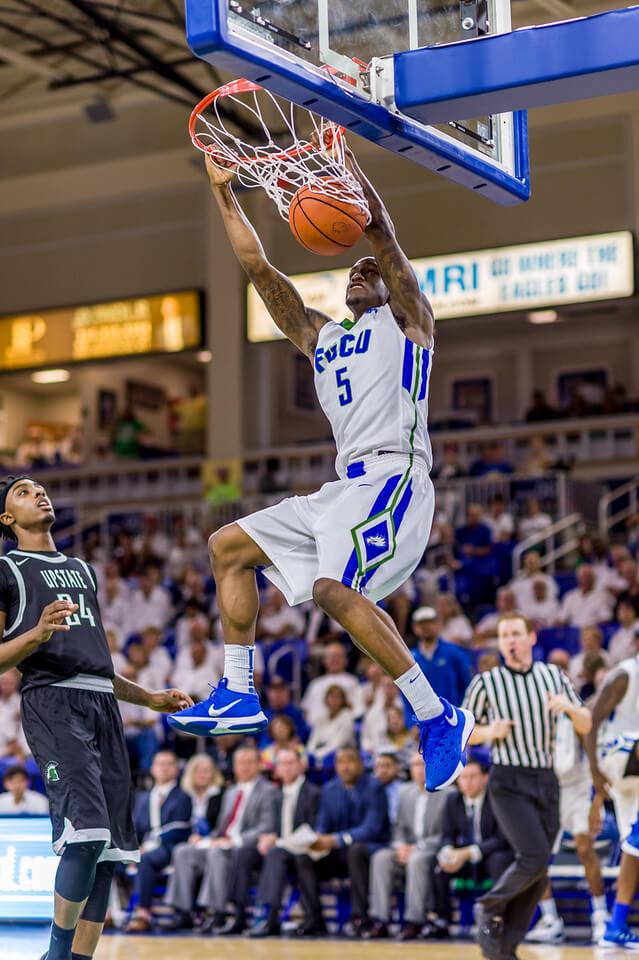 The red-shirt freshman shares the award with Stetson’s Derick Newton.

Johnson scored 16 points as part of an 82-78 FGCU win over NJIT on Thursday and added a game-high-tying 18 points against USC Upstate on Saturday as the Eagles won their sixth in a row, with a dominant 85-56 victory over the Spartans.

In the closing seconds of overtime against NJIT, Johnson blocked a potential game-tying layup to secure the win for the Eagles, and versus the Spartans, he passed out a season-high-tying six assists against no turnovers. Johnson’s stretch of six-straight double-figure scoring games has coincided with FGCU’s winning streak.

Johnson leads FGCU in scoring in A-Sun games with a 17 point-per-game average, as the guard is shooting 61.3 percent (19-31) from the floor in league games. Four of Johnson’s 10 total 3-pointers on the year have come in conference play (4-6), and he has also issued a team-high 14 assists against A-Sun foes.

Johnson and FGCU will return to action when they play their first true road game since Dec. 6 at FIU at 7 p.m. Thursday, Jan. 21 against Kennesaw State.