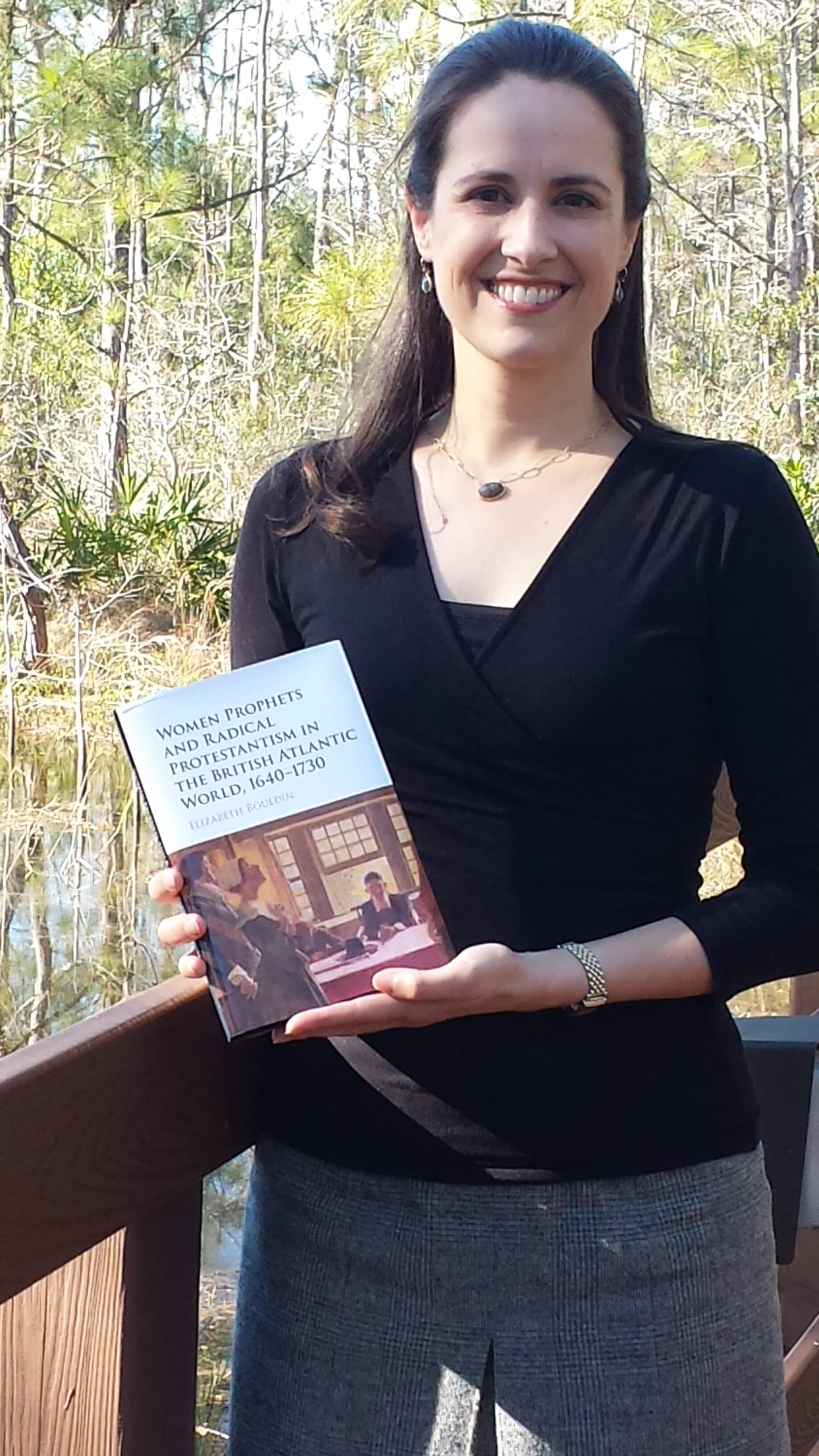 After five years and two multi-month trips to Britain, everything came together, and the first book of Elizabeth Bouldin, the FGCU assistant professor of history, was finished this past November. It’s titled “Women Prophets and Radical Protestantism in the British Atlantic World, 1640-1730” and covers topics from religion and politics to war and women.

She said she’s very excited for the event and looks forward to not just telling people about the book but being able to share and answer questions about the process.

“Writing a book like this takes a lot of research,” Bouldin said. “What do historians really do? We recreate the past. It’s really interesting.”

Bouldin spoke about her motivation for writing a piece set in this period.

“It was a really cool time period in British history,” Bouldin said. “There were kings and queens, war, intrigue, treason.”

The Tudors and Stuarts were monarchs who ruled Britain for more than 200 years.

The book is considered a monograph, which means it is a text that specializes in a single subject. It’s the kind of book that would be used as an educational resource in an upper-level course about British history.

The focus of Bouldin’s book is on the several hundred women in Britain who wanted political and religious change and went about getting it by radical means.

Bouldin alternated between chapters that give general information about the time period and occurrences and ones that tell a specific story about certain interesting women.

“Some women had more interesting stories than others, and I wanted to include personal stories that would interest the reader,” Bouldin said. “Focusing on a particular story allows you to go deeper, and it usually gets more interesting.”

One of those interesting women was Anne Bathurst. She wrote in a diary that ended up being 600 pages — a diary that Bouldin got to look through on her trips to the archives in Britain.

“I was particularly drawn to her drawings,” Bouldin said. “She had a lot of drawings relating to cosmology. They may not have been the best, but they were fascinating.”

The hundreds of women involved in this movement were able to affect change in their government and religion. They were some of the first women to travel alone through the colonies during a time where there was a lot of instability. Their actions shaped an important time and movement in British history.

Chelsea Green, a sophomore journalism major, is the coordinator for the book launch. She said she’s excited to be heading up this launch as her first.

“I’m fascinated with European history,” Green said. “Professor Bouldin’s book sounds like it will be quite interesting to read.”

This is Bouldin’s first semester at FGCU. Prior to coming here, she worked at Converse College, an all-women’s college in South Carolina.

The book launch welcomes students and the community alike, and there will be light snacks and refreshments.