Board of Trustees to meet for the end of the semester 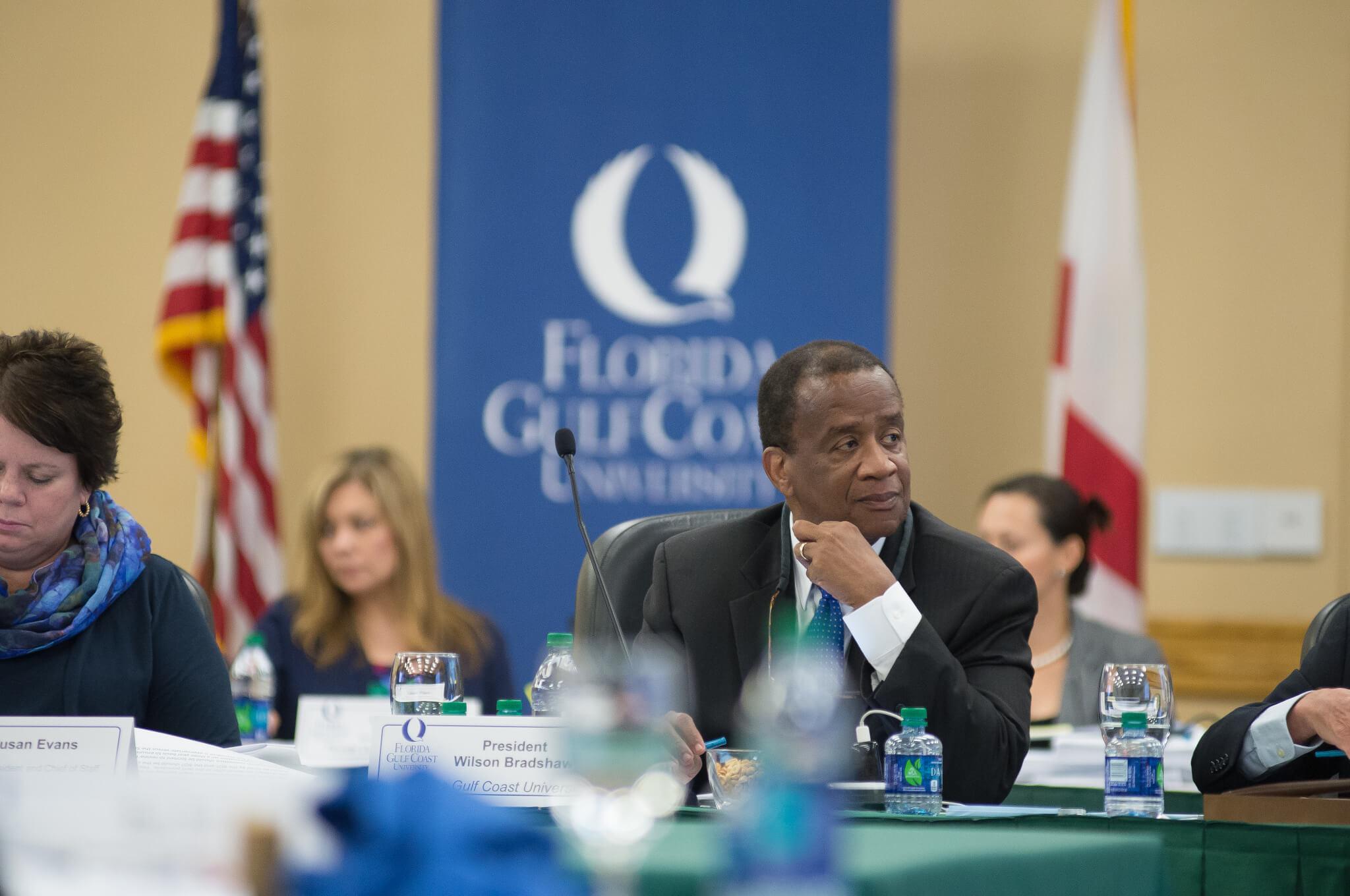 On Friday, Dec. 9, FGCU’s Board of Trustees is scheduled to convene for their last meeting of the year.

During this meeting, BOT will decide on the approval of a revised timeline for the presidential search and have an informational discussion regarding Performance Based Funding.

There were 10 candidates selected by FGCU’s Presidential Search Advisory Committee. These candidates were scheduled to be interviewed on Nov. 17 and 18.

Two out of these ten candidates withdrew from the search prior to their scheduled interview. Therefore, the committee interviewed eight candidates.

From these eight candidates, only two were selected to be advanced to the BOT for hiring consideration. The committee’s task was to advance a minimum of three candidates for the hiring process.

After speaking with Chancellor Marshall Criser in Tallahassee, Dudley Goodlette, chair of FGCU’s BOT determined that the last minute withdrawal by the two candidates did not constitute exceptional circumstances in the regulation.

This in turn requires more than two candidates to be advanced to the BOT.

In an email sent to all FGCU eagles, Goodlette said, “We (BOT) look forward to receiving a full complement of candidates through the good work of the Presidential Search Advisory Committee and our executive search firm Witt/Kieffer.”

The revised timeline states that the BOT would have selected the new president by Tuesday, Feb. 28, 2017. However, he or she is subject to confirmation by the Board of Governors.

On March 29 and 30, the BOT-selected candidate would be presented to the BOG for confirmation action and the BOG would act on confirmation of the new FGCU president.

This last meeting will also involve an informational discussion of performance-based funding and metrics significant to FGCU.

The discussion will revolve around the history of the FGCU funding model, the overview of the 10 metrics that compromise the Performance Based Funding Model of the BOG, and the specific changes to metric three.

Metric three involves addressing the issue of affordability for students. It also involves the average cost per bachelor’s degree.

The change to this metric would mean a transition from a “cost per degree” to a “cost to the student” measure.

It is being looked at as a disadvantage because “it creates a net tuition cost to students that is largely dependent upon the amount of grant and scholarship aid the student receives,” according to item two of the released agenda for the meeting.

The scheduled meeting is open to the public at 9:15 a.m. and will take place in FGCU’s Cohen Center Ballroom.