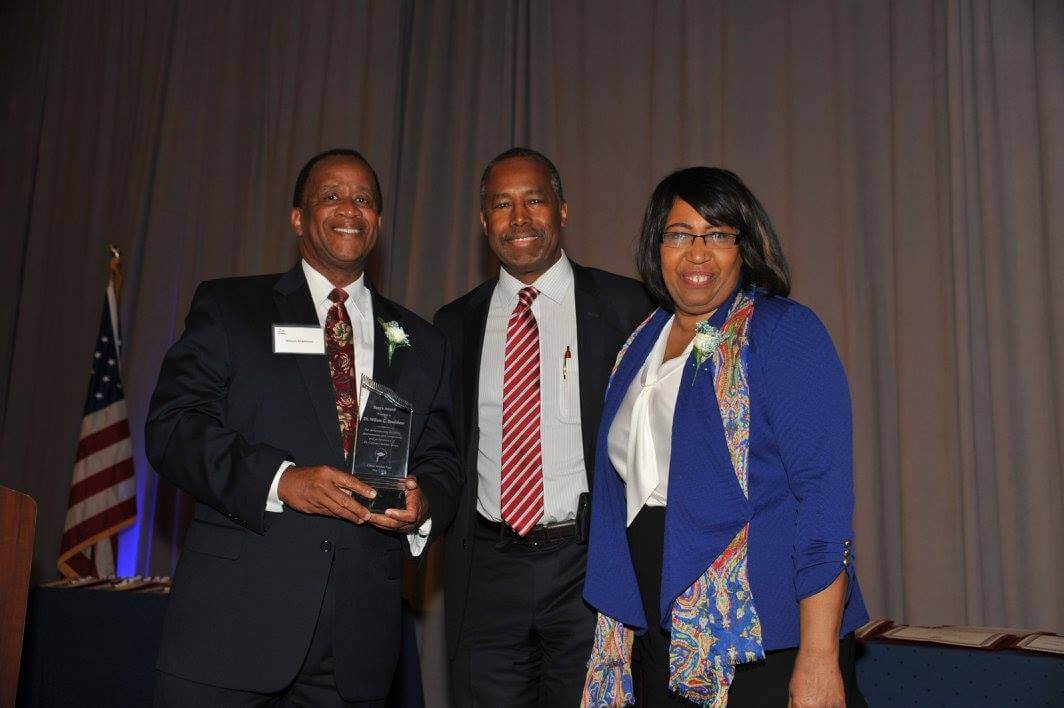 President Wilson Bradshaw may only have one more year at the helm of the ship that is FGCU, but that doesn’t mean he’s steering away from moving the university forward.

He was recently given an award for contributions made toward FGCU from former presidential candidate and surgeon Dr. Ben Carson and his wife.

“I’m honored and humbled by the awards I’ve been recognized,” Bradshaw said. “It’s by a lot of hard work by a lot of people in this community.”

Bradshaw was given the award by the Carson Scholars Fund during the Florida Awards Banquet on Saturday May 7 in Bonita Springs by Carson and his wife, Candy. The Carson’s also presented college scholarships to children in grades four through 11 who attended the ceremony, for high academic achievement as well as community service.

“The Sonya awards ceremony was really kind of gratifying because it was really great getting to spend a few hours with one of the greatest surgeons ever,” Bradshaw said. “I had a great time talking with him.”

“They were recognizing and awarding Dr. Carson scholarships to a number of students here in Southwest Florida,” Bradshaw said. “It was a great event.”

The Carson Scholars Fund first began awarding scholarships in 1996, giving 25 students money for college. Through donations from partners, the fund supplies more than 500 scholarships annually and has awarded 2,300 students across the country. Scholarship winners have attended over 500 colleges and universities and have received more than $4.2 million in college funds.

Bradshaw, whose contract ends on June 30, 2017, has served as the third president of FGCU since 2007. Bradshaw is often credited with vastly improving the university during his time in office, developing new programs and increasing enrollment to almost 15,000.