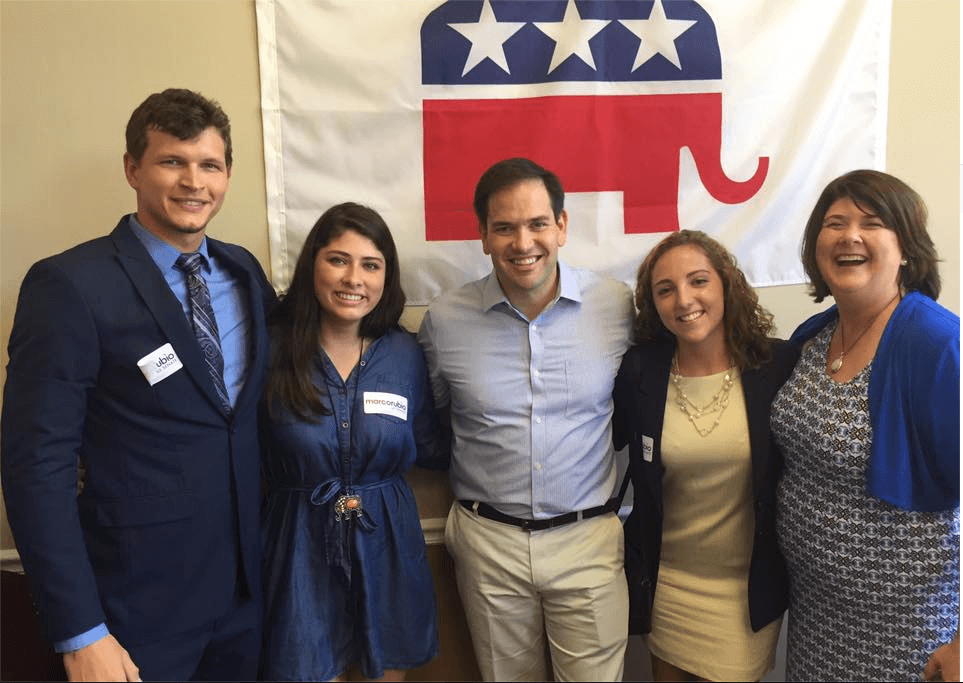 New voters – and their voices – can bring  big changes for the United States of America and a lot of those voters are college students who aren’t sure who to vote for.

That is why organizations like College Republicans of FGCU exist.

The goal of the College Republicans club is to promote Republican principles, recruit new members into the party and to aid in the election of all Republican candidates.

Doing this sort of thing in a primarily liberal campus is not as difficult as some people think.

“Up to this moment, being a conservative in a largely liberal campus has not been as difficult as some people might paint it to be,” Melany Hernandez, a member of the club, said. “We have actually gathered this semester over 100 new members in a matter of days, so you would be surprised at the amount of conservatism on this campus.”

An organization like this shows the true diversity among college students.

It also provides a great way to let other students see different perspectives than the ones they’re used to. By seeing the College Republicans of FGCU, as well as the College Democrats of FGCU,  tabling around school as we get closer to Election day, students are able to learn from fellow students about certain political parties.

“Seeing how far out in spectrum Hilary and Trump are, this club would help just for the mere fact that they could give out a true Republican perspective on the election. It would be a great piece of research to help make a decision,” junior Adrianna Arago said.

Hearing political opinions from peers can sometimes be more effective than hearing them from someone older.

“They relate to my opinion and what matters to me in this point of my life,” senior Daniel Chavez said.

Many millennials are unsure of who to vote for in this election season. Sometimes, even club members have trouble with choosing a candidate.

“Growing up in Miami, his hometown, I grew up watching Senator Rubio do anything he could for our state. It has been tough adjusting to Donald Trump,” Hernandez said. “To be honest, I still haven’t fully decided on him.”

They are a group of friends who watch the debate together, hold events and inform people. Their main goal is to get people out to vote.

Hernandez said that their club goes door to door in order to spread the word. Members also table on campus every Thursday to give students the opportunity to sign up to vote and hand people their absentee ballot.

“We actually hosted a debate-watch party at Bistro 41 in Bell Tower Shops,” Hernandez said. “As a club, I feel we were all sort of disappointed with how little important issues and policies were discussed. It seemed like more of a cat fight, and we also felt the moderator was not really in favor of Trump. We are hoping for a better, more prepared debate next time.”

Hernandez wants people to see that Republicans aren’t just old, rich white people, but a diverse group. She mentions showing people the new face of Republicans and how it’s not what most people expect.

“I am working hard to keep our congress and state house with a majority of Republican elected officials,” Hernandez said.