CrossFit of Lee County raise $4,000 for 8-year-old with Lymphoma 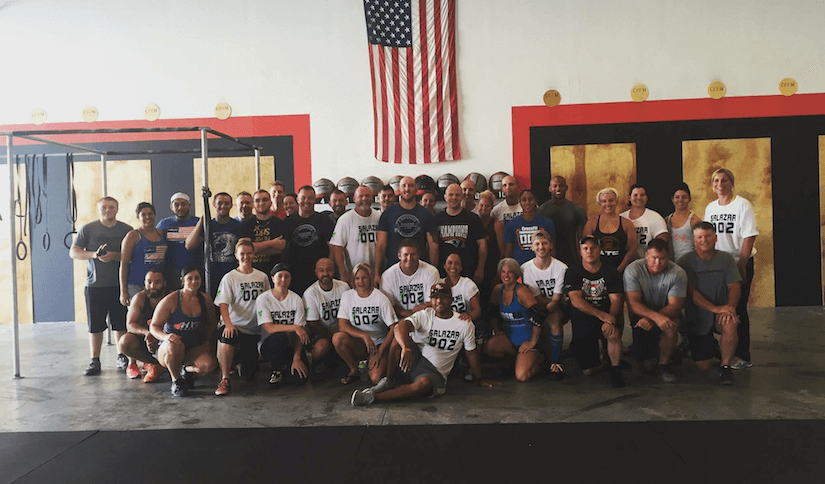 CrossFit Fort Myers hosted an event called Getting Jacked for Jayden on June 18 to help raise money for the Salazar family.

Jayden Salazar is an eight year old living with Stage 3 Anaplastic Large Cell NonHodgkin Lymphoma, and the CrossFit gym that his father attended wanted to do something specialto help him and his family. The gym organized Getting Jacked For Jayden through Eventbrite.

“There were people in attendance from six different CrossFit gyms in Lee County,” said Cristi Woldridge, a member of CrossFit Fort Myers and attendee of the event. “Approximately 35 people participated in the workout while 50 attended.”

Getting Jacked for Jayden tickets were $15 and included a t-shirt as well as admission to watch or participate in a special workout competition set to raise money for Jayden’s cause.

The workout was called “Three Strikes” and it pushed contestants to lift weights in order to compete against one another. Their score was then divided by the contestants’ body weight, to determine their coefficient, and the person with the highest coefficient won.

The workout was followed by a barbeque to celebrate the event and the money raised which according to Woldridge was approximately $4,000.

The money came from outside donations from members’ friends and families, the cost of admission to the event and workout, and $2,500 donation from the Gimme 4 Foundation, which sponsors and raises money for people living with all forms of cancer.

To date, the Salazar family has raised $17,000 in donations to help with Jayden’s treatments, not including the $4,000 that was raised on Sunday.

Jayden was not in attendance, however, Wolridge said the Salazar family is grateful for the community support.

Although the event is over, anyone who would like to make donations is still able and encouraged to do so.

To make a donation to help with Jayden’s treatments, Woldridge suggests heading to the family’s GoFundMe page or going in to CrossFit Fort Myers, located at 12601 Metro Parkway and making a donation there.

“We would be happy to accept checks made out to the Salazar family, and we would be sure they received them,” Woldridge said.

Currently, there is no word on Jayden’s current condition but all donations made to the family goes to fund his treatments.