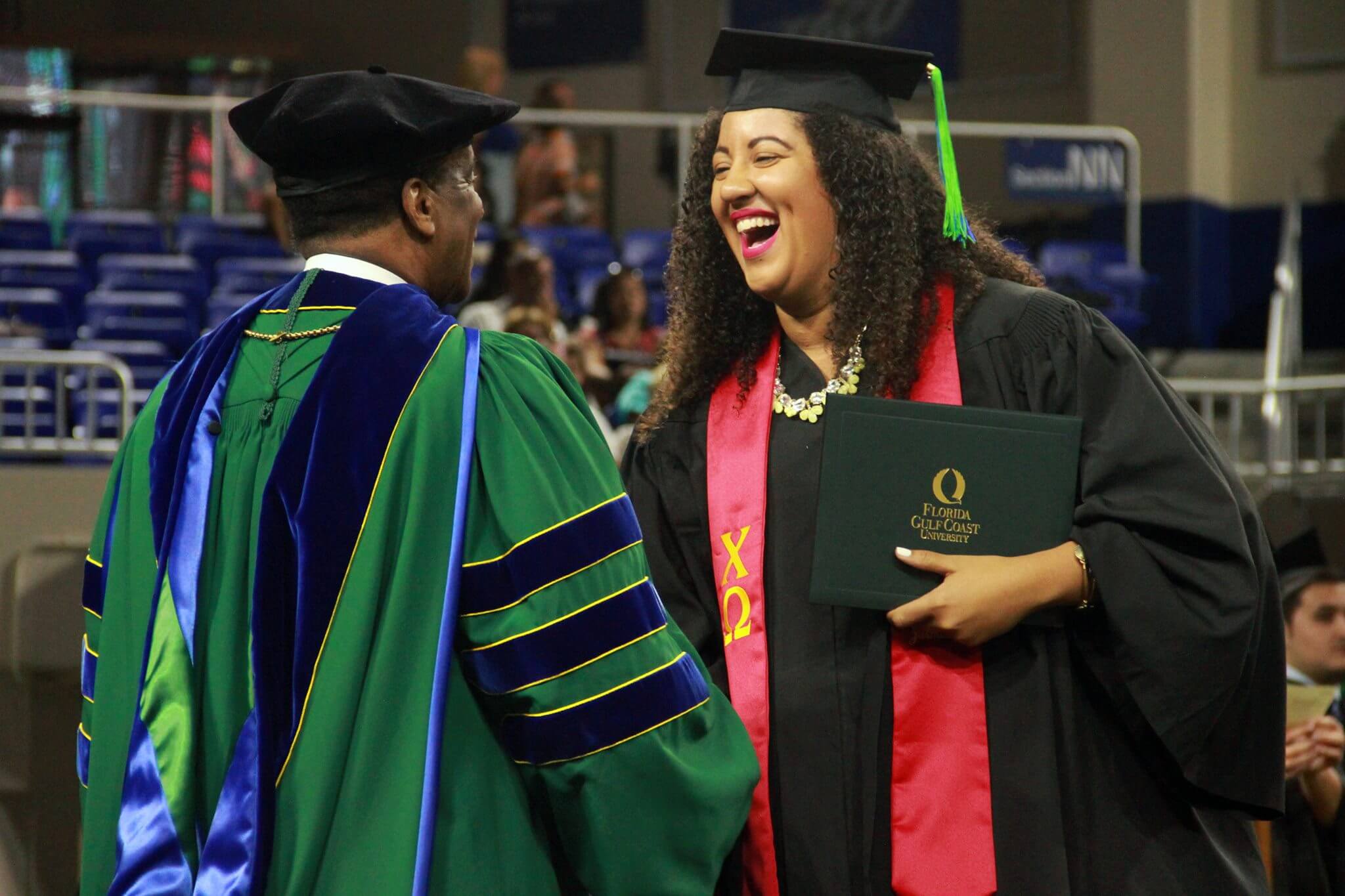 The keynote speaker of the ceremony was J. Michael Rollo, the vice president of Student Affairs. Rollo was one of the first people to welcome the graduates at orientation approximately four or five years ago and was now one of the last people to talk to them.

In his speech, Rollo highlighted how much FGCU has developed since these graduates enrolled. Rollo said the university has grown not only in the number of enrolled students — which has increased by nearly 2,800 in the past four years, adding up to 14,824 this year — but also physically since the furniture has changed and several new buildings have been added. He also highlighted the fact that these graduates saw the conception of Dunk City in 2013.

Sean Felton, a member of the Board of Trustees, the president of Faculty Senate and the university marshall, spoke at the ceremony.

“Thank you for having us for the past four, five — hopefully not more than six — years,” Felton said. “I hope we have met your expectations.”

Unlike the fall and spring commencement ceremonies where three separate ceremonies are held, only one ceremony is usually held during the summer. This year was no exception and all of the graduates from the five colleges — College of Arts and Sciences, U.A. Whitaker College of Engineering, Lutgert College of Business, College of Education and College of Health Professions — received their degrees at the same ceremony this summer.

For those unable to attend in person, the commencement ceremony was live streamed online.