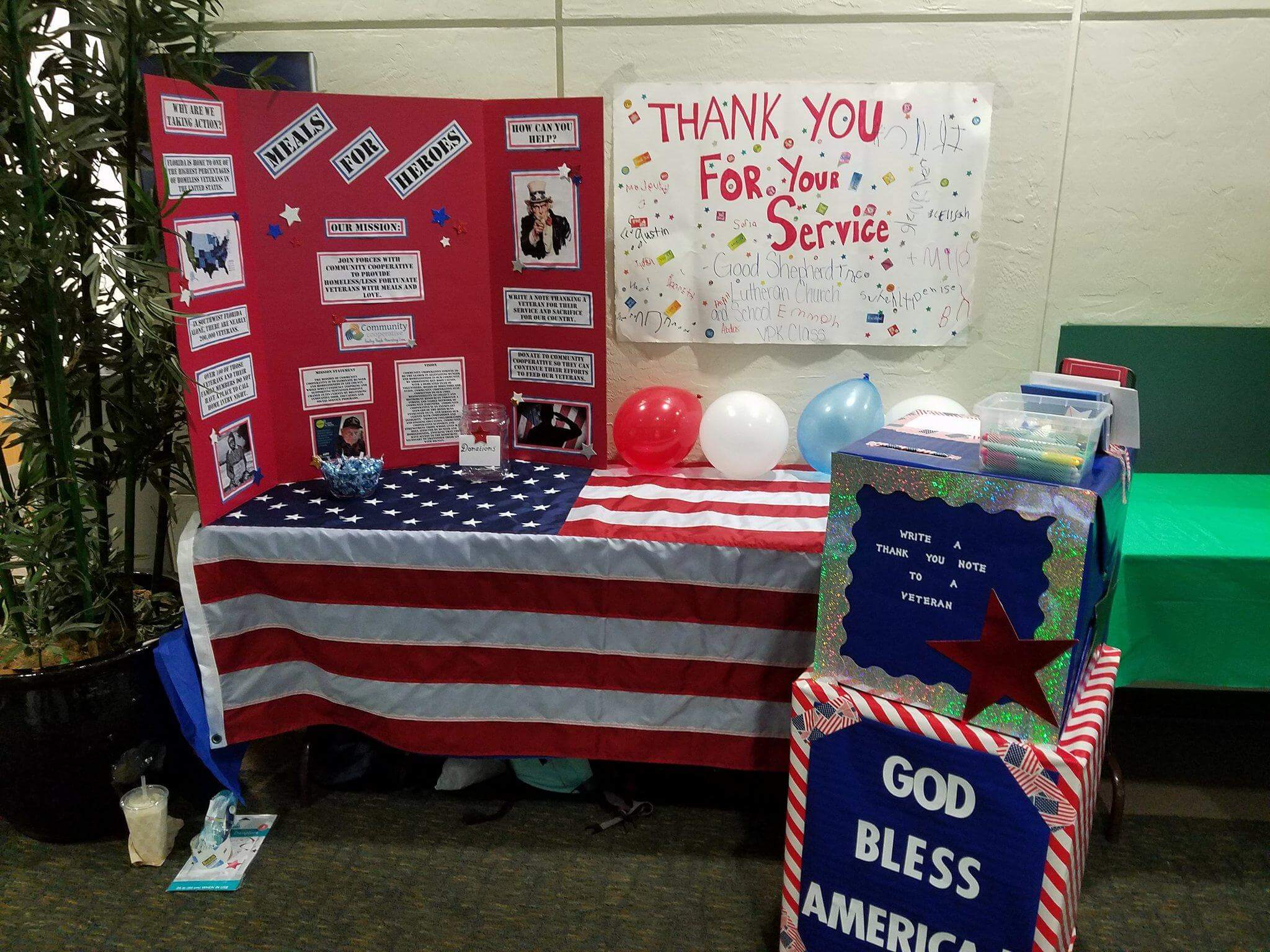 According to data from the Department of Veterans Affairs, 22 veterans commit suicide due to mental health problems and lack of necessary care everyday while the U.S. Department of Housing and Urban Development estimates that 39,000 veterans are homeless on any given night.

The 22 Pushup Challenge was created to honor those who have served and died, and FGCU students are using the challenge as inspiration to do more for Lee County veterans.

According to Monter, a senior at FGCU, the group formed when team member Gorman suggested the idea of working with veterans.

“First, we wanted to go around and help them in whatever way we could, but we realized we were very underfunded college students,” Monter said. “So, we partnered with [Community Cooperative’s program] Meals on Wheels to deliver the letters with the meals of the veterans who can’t provide for themselves or are homeless.”

The group has been presenting statistics to classes to gain participation from students all over campus, as well as petitioning at different locations like the library so that drop boxes can be placed around campus for students to use at their leisure.

“It’s an issue that touches a lot of people dearly, and it’s important to this country so I understand the need to focus on it,” Monter said.

Pellegrino, who has friends and family who are part of the military, agreed.

“They [veterans] are part of something called our ‘universe of obligation’ and the group feels it’s our obligation to help and appreciate those who have served our country,” she said.

While Pellegrino feels that it’s a societal duty to help those in need, Monter explained that he wanted to get involved with the project because he could empathize with veterans who are going hungry.

“When I was growing up in foster care, I was hungry often. I know that anyone on the streets like veterans and the homeless are considered the invisibles in our country because they aren’t afforded care,” Monter said. “There’s more that can be done with veterans, but this is something that could help brighten their day.”

“And considering the 22 veterans challenge, that’s one more reason we wanted to do the encouragement cards to thank them for their service and keep encouraging them to live life,” Monter said.

“We owe the country for the opportunities that are afforded to us here. A lot of students recognize that and they identify with what veterans go through,” Monter said, “This is more than just a project to get a grade. This is something we all believe in.”

Monter said that, if possible, he hopes to extend the project from the Fort Myers area to Tampa at USF where he hopes students there will make the event something annual akin to the Bald Eagles event, where students shave their heads on campus to benefit the St. Baldrick’s foundation.

“We have rights, here, especially veterans who have fought for our country, and we shouldn’t be going hungry or without the services we need. I identify with that and I want to have a hand with that in any way that I can,” Monter said.

As for FGCU students, the team urges them to participate and said that there’s no limit to how much students can help show their support.

“FGCU students need to show their appreciation and we are giving them the opportunity to do so. Writing a quick but meaning letter will go a very long way,” Pellegrino said. “These homebound veterans do not have much and these little gifts could make them the happiest people in the world.”