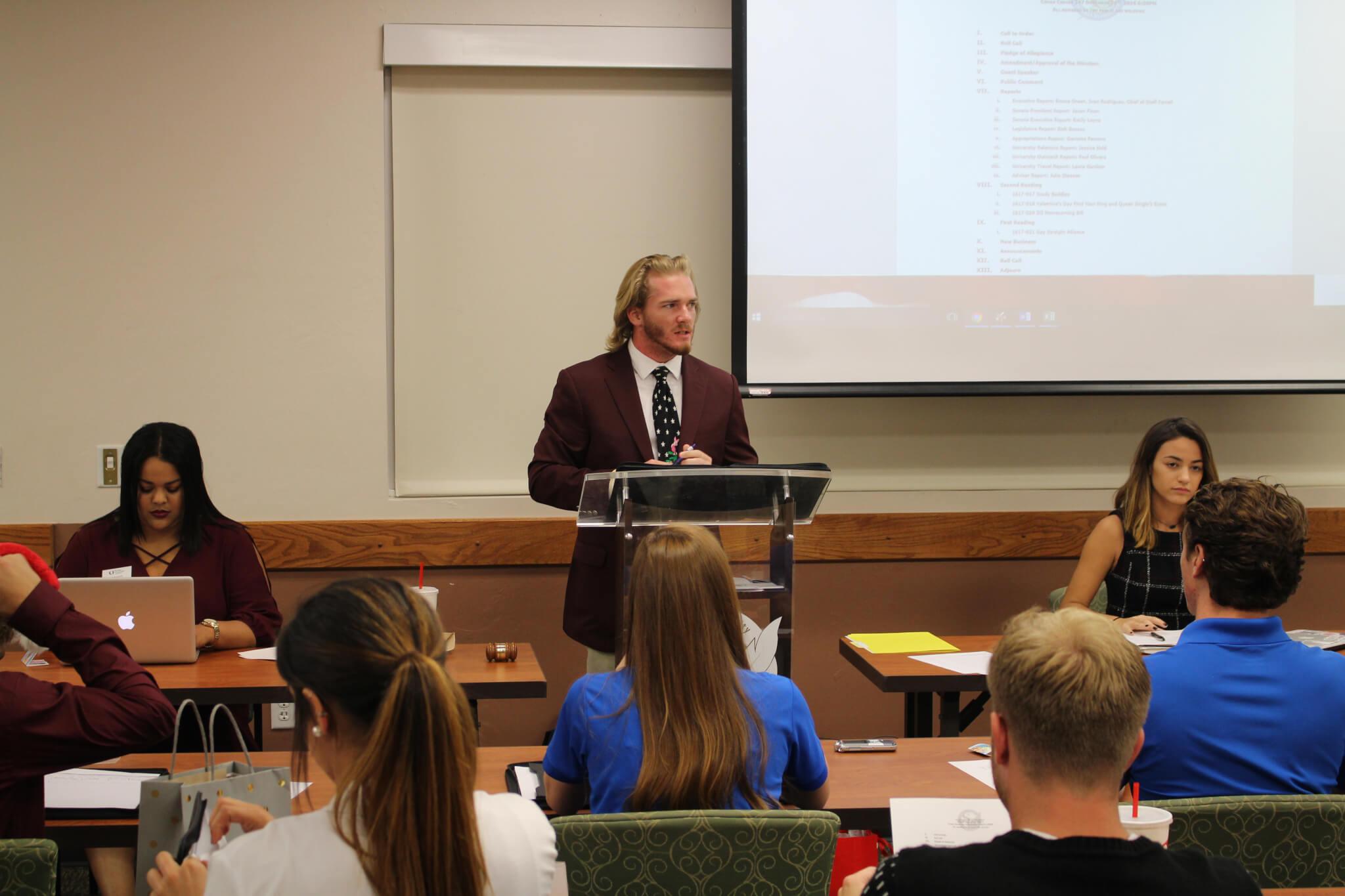 Student Government met on Tuesday, Nov. 29 for the last time during the fall 2016 semester.

The highlight of the meeting was the vote on SG’s new bill, which would bring homecoming to FGCU for the first time in the school’s history.

Bill 1617 – 20 is an unprecedented proposal for the allocation of $34,250 for events through homecoming week.

Funds will be used for catering, artist fees, an inflatable obstacle course and many more considerations for the student body.

Events such as Market Monday, Programming Board Spirit Day, Culture Splash (part one and two) and SAA Tailgate were written into the bill.

Sen. Esteban Tavel moved to have more money allocated to hiring an artist. Tavel proposed that there needs to be a popular artist to bring in more students, stating that a successful first year would set a precedent for well attended future events.

“This is something that a lot of people will appreciate,” Tavel said. “It’s not only us but future generations to come.”

Appropriations Chair Garrette Parsons opposed more money, stating that the range of artists that would be available for $3,000 more would not be substantially different.

The amendment was voted down in a roll call vote.

Sen. Rick Bessey then proposed a minor amendment to adjust math errors in the bill. The new grand total read $34,455.

The final round of debates was marked by a short and quiet opposition followed by support from multiple senators.

The bill went on to pass with overwhelming support from senators.

Also on SG’s agenda was the second reading of a bill in request of $740 for Study Buddies, a registered student organization who helps students in the area to grow academically, as well as a bill from A Step Above Perfection to host a singles Valentine’s Day meet, named in the bill as “Find Your King or Queen Singles Event.” ASAP requested $1,205 to include catering and a harpist.

Both bills passed through Senate with little to no opposition.

Senate also saw the first hearing of a bill in request of $3,745 from Gender and Sexuality Alliance for future events.

SG will vote on the future of this bill in an upcoming session.