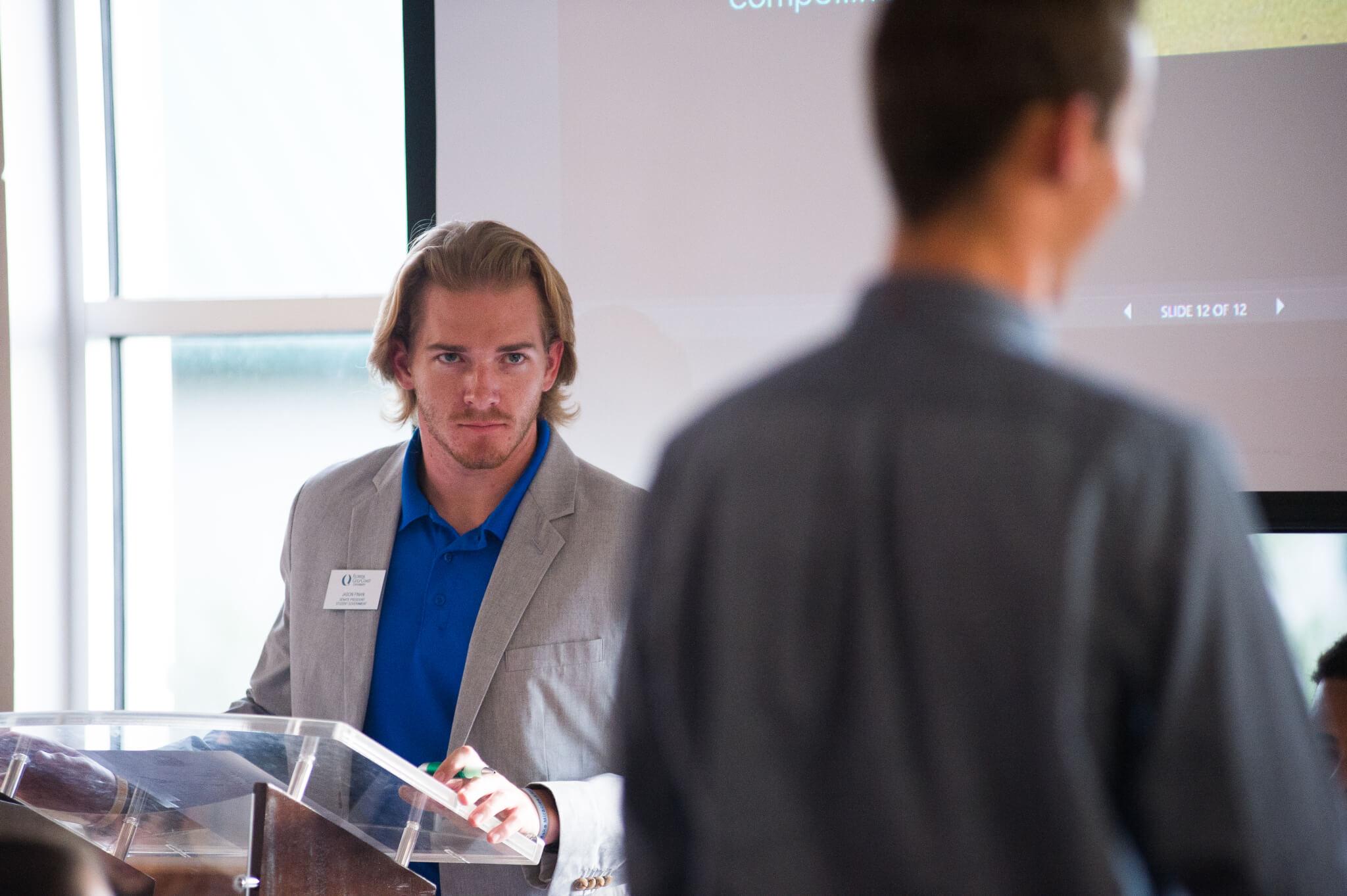 Student Government Senate President Jason Finan addresses the senate during an SG meeting. Bradley Berry, former SG Pro Tempore, was recently removed from his position during the SG meeting on Oct. 11. A replacement will be appointed during the next meeting on Oct. 18. (EN Photo / Brad Young)

Sen. Miguel Castro made a motion to remove Berry from his position. Another senator returned fire asking why that should be.  Castro  responded by  reading the requirements of the job,   followed by examples of how Berry unfulfilled them.

Berry was also accused of telling potential SG senator applicants that they were not qualified.

However, according to SG advisor Julie Gleason, the minimum requirements are a 2.5 GPA, nine credit hours of enrollment, and good standing with the university, things that Berry was accused of looking over while reviewing applications.

Sen. Esteban Tavel added to the debate in the support of removing  Berry from the Pro Tempore position by providing additional examples of people he knew personally who were ignored by Berry, going on to add “Honestly, that is completely biased and that is inappropriate behavior.”

Many senators joined in giving their reasoning for why he should no longer hold a paid position within SG.

They addressed their peers and, seemingly indirectly Berry as well, with comments of unprofessionalism, things that were noted as over-looked by Pro Tempore Berry.

Other senators provided input, stating that at times, Berry has belittled others.

At the opening of the opposition, SG Secretary Jalisa White fumbled her words only being able to mutter, “Obviously as you guys know I am friend with the Pro Tempore, and it’s…,” she paused before continuing. “I had a lot of fun working with him and so… I’m sorry,” she proceeded to quietly sit back down before providing a defense for Berry.

A roll call vote was carried after the dismissal of Berry from the senate’s meeting room. The motion was then passed. Berry did not return after receiving the news that the senate had voted to remove him from the position. The meeting proceeded into brief announcements before being adjourned.

Appointment for the new Pro Tempore position will be held Tuesday, Oct. 18 at 6:30 p.m., along with second and first readings of several bills.