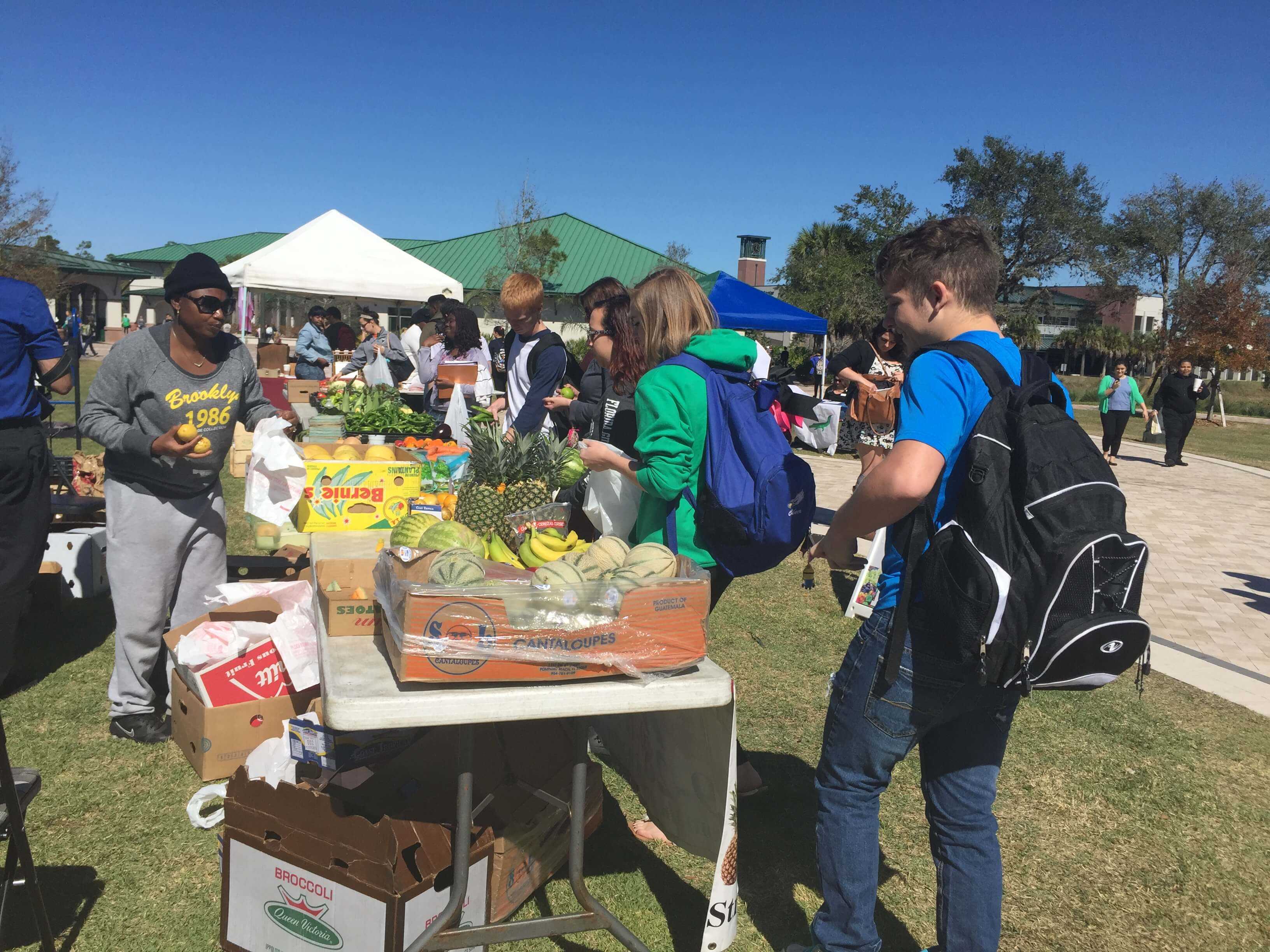 If you want to eat organic, buy jewelry or don’t feel like driving to Publix, there’s a way to eat fresh produce on campus: the Florida Gulf Coast University Farmers Market.

Uzair Iqbal, the Student Government Director of Sustainability, adopted the farmers market this year and made it his goal to expand the project. The market used to be staged once a month near the aquatics center, but Iqbal increased it to twice a week and changed the location to the library lawn.

“The library lawn provides a better location because the students and faculty are able to access it between class times and office hours and are able to visually see it better, too,” Iqbal said. “The previous location, outside a few of the students, nobody really knew it was there. Whether they have transportation or not, it provides the accessibility for students who can’t make it to places like Gulf Coast Town Center.”

Iqbal also said that international students have given him great feedback.

“One of the key points in the movie is that the workers in the tomato fields get paid … roughly $40 a day for them to work eight to 12 hours per day.”

Iqbal said that the film was eye opening for him.

The next farmers markets on campus are March 10, March 24, April 4 and April 24. They will be held from 10 a.m. to 2 p.m. on the library lawn. To receive a free reusable bag, like the FGCU Farmers Market Facebook page while you are at the event.