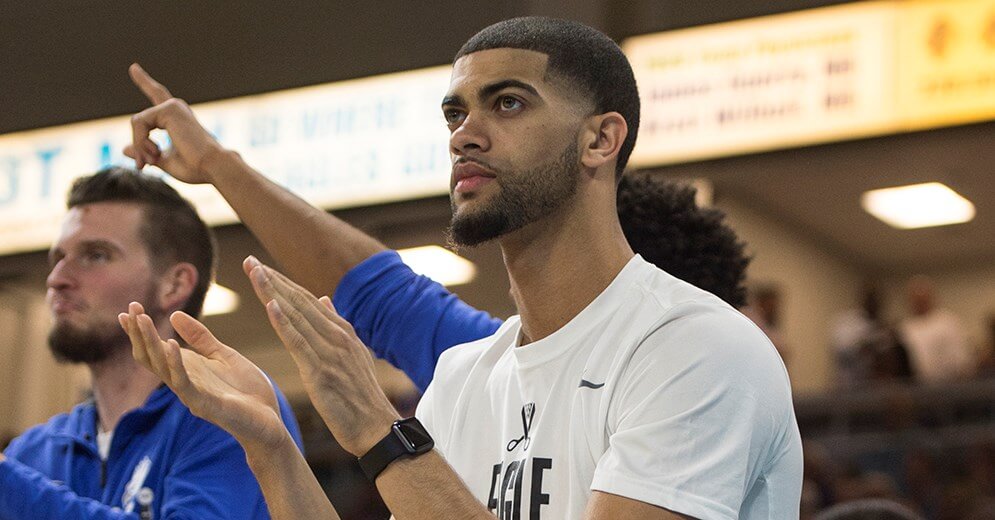 Photo Courtesy of FGCU Athletics // Haanif Cheatham, a transfer basketball player from Marquette, has been given a hardship waiver and is able to play this upcoming season.

Highly anticipated newcomer to FGCU men’s basketball and Division I transfer Haanif Cheatham is eligible to play in the upcoming season for the Eagles.

Cheatham, who initially wasn’t eligible to play until 2019, received a hardship waiver from the NCAA due to an illness in the family, according to Naples Daily News.

According to NCAA rules, a waiver is more likely to be granted if the student-athlete’s responsibilities are day-to-day and if the illness is life-threatening.

Fly also mentioned that Cheatham has permission to take a leave of absence at any time in order to care for his family.

“I can’t wait to get it going. I’ve been out since last November, and to be able to start this season back up has been a great feeling.

“I’ve been working my butt off and I’m excited for this team and the season we’ve got ahead of us.”

Cheatham is a transfer from Marquette University, where he appeared in 70 games and started 63, averaging 11.8 points per game during his freshman year. He also earned a spot on the Big East All-Freshman Team during the same year.

As a sophomore, Cheatham averaged 8.7 points and 3.7 rebounds per game and surpassed double-figure points 14 times throughout the season.

So far in his collegiate career, Cheatham has already scored 710 career points over a little over two seasons and is a 79 percent free-throw shooter (183-232).

He has also averaged nearly a steal per game and over 27 minutes on the court per outing.

Cheatham has reached the 20-point plateau four times, including a career-best 24 points, and was awarded Marquette’s Best Defensive Player Award for both of his seasons with Marquette.

“He reminds me a lot of (FGCU’s all-time assist leader and second all-time scorer) Brett Comer as far as vision.”