Eagles bounce back from road trip, pick up two wins over DI Towson 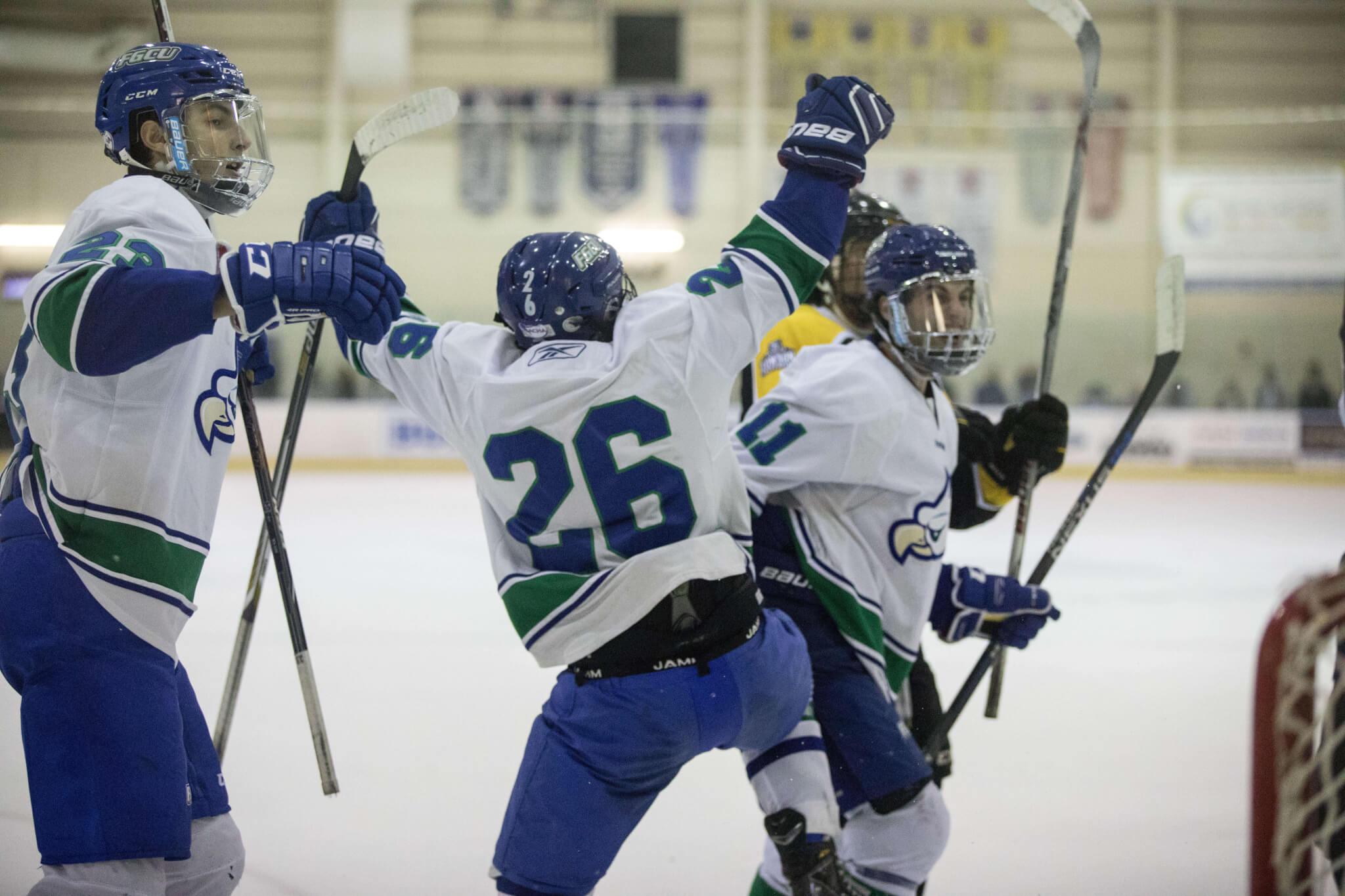 The Eagles were looking to put their recent road trip in the rear view mirror as they began their six-game home stand against Towson University (DI). The Eagles would do just that, picking up back-to-back wins over the Towson Tigers.

The scoring didn’t start until the second period when Jake Leonard was able to find the back of the net with 1:20 left in the period. Towson would tie it up a little over four minutes into the third, but the Eagles’ David Wong was having none of it, as he would score 49 seconds later to give the Eagles back the lead. Towson would make one more push two minutes later, tying the game again at 2-2. The Eagles would answer back with a goal of their own from Trevor Mullaly. Jordan Klotz would add another to extend the lead to 4-2 and cap off the win for the Eagles.

The Eagles exploded for seven goals on Saturday in a 7-1 win that they made look like a clinic. Six of the goals were even-strength, with one lone power play goal. Again the Eagles were able to spread out their offense with six players scoring a goal. Bradley Rambhajan picked up the win, saving 21 of the 22 shots he faced.

The Tigers would get on the board first with 5:27 left in the first and would take a 1-0 lead into the first intermission. That’s all they would get, as Rambhajan shut the door for the rest of the night. The Eagles burst into the second period, picking up four goals with the first coming from assistant Captain Mike Chemello, just 1:39 into the second period. There was no looking back for the Eagles after that, with goals coming from Ty Lasker, Brett Yochum and David Wong. That would do it for the second as the Eagles took a 4-1 lead into the third period.

David Wong would pick up right where he left off in the second period, picking up his second goal of the night six minutes into the third. The Eagles weren’t done yet as they were relentless in third despite their four-goal lead. Jordan Klotz would pick up a goal with 5:43 left in the period, before Nathan Pelligra would score the Eagles’ final goal of the night just 33 seconds later.

The Eagles are back in action at home this Friday and Saturday at 8:30 p.m., as they continue their home stand against Davenport University and look to avenge their only loss of the season.