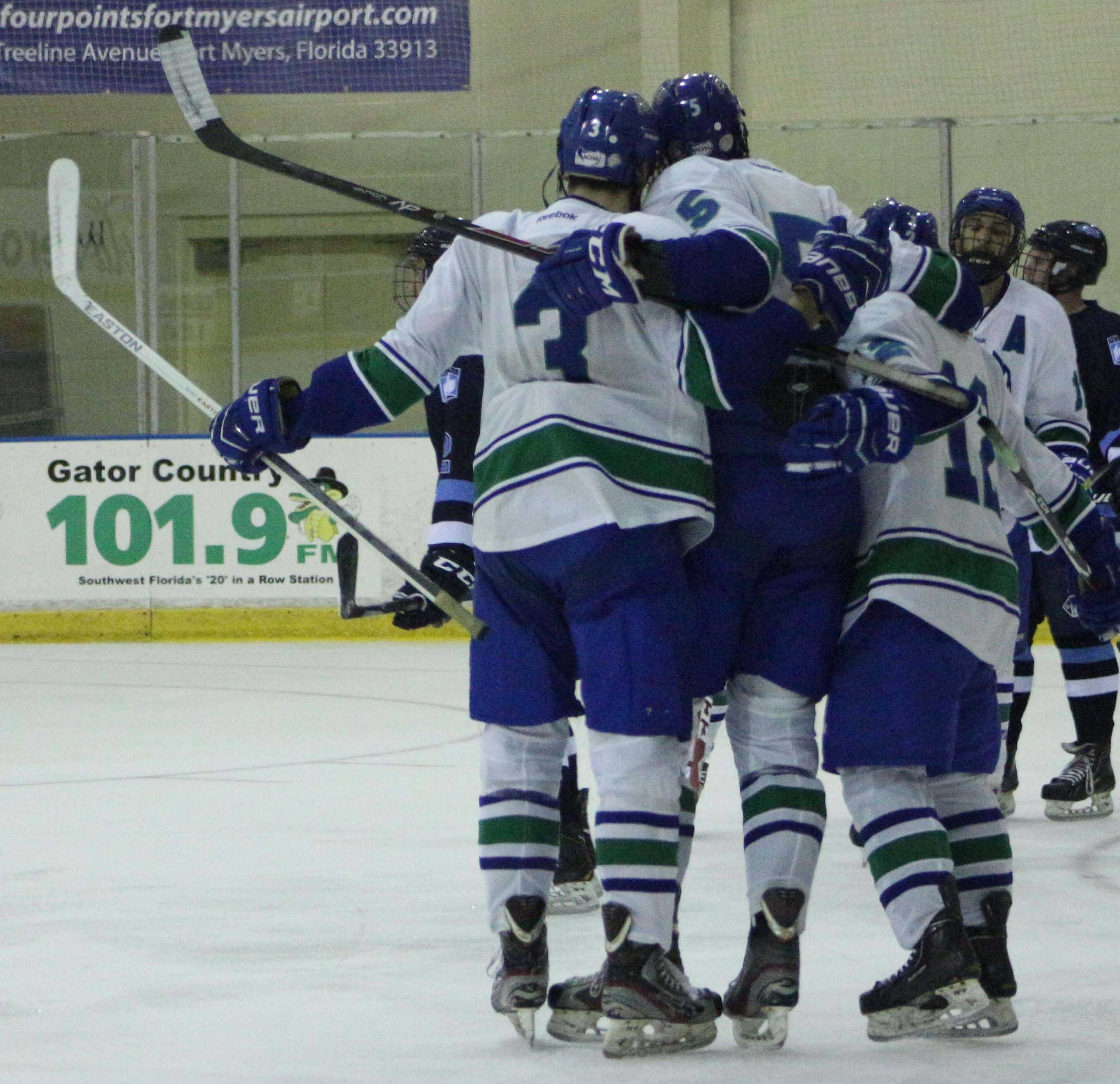 The Eagles DII hockey team faced off against Northern Illinois over the weekend.

During Friday night’s game, the Eagles came out strong and scored two goals within the first 10 minutes of the game, one by Dillon Duprey and another by Nate Pelligra. Duprey netted his second goal off of a breakaway, and then, minutes later, CJ Cruz added another one to end the first period at 4-0.

The Eagles second period saw half as many goals, as they scored twice on goals by Colton Bailey and Mike Chemello.

The third period saw the pace pick up again, as the Eagles exploded with nine goals.

They cruised their way to a 15-0 win to advance their record to 14-3-0. Dan Echeverri, Cruz and Duprey all recorded hat tricks in the blowout win. Tyler Tracy eased his way to a 22-save shutout to earn his third shutout of the season and his eighth victory on the season.

“It’s been good,” Tracy said. “I feel we’ve settled into a groove.”

FGCU turned to Mike Reed, rather than Tracy, for Saturday night’s game against NIU, and he fared well, stopping 24 of 25 shots to earn his seventh win of the 2015-2016 season.

Mark Arnone opened the scoring for the Eagles in the first period, cutting to the slot and taking a wrist shot that beat the Huskies’ goalie JoJo Durrbeck, top left corner. The Eagles continued their offensive onslaught and scored two more goals in the first by Jordan Klotz and Echeverri, to give the Eagles a 3-0 lead at the end of the first.

Klotz scored a hat trick and brought his team-leading total to 25 goals on the year.

“(I) have great players around me in Koerner and Duprey, and we’ve been meshing really well since day one,” Klotz said.

The Eagles added one more goal in the second by Klotz to increase their lead to 4-0.

Then, about midway in the third period, NIU’s Matthew Gould took a puck behind the net and sent a cross crease pass over to Billy Peterson to tap it in and record the Huskies’ first, and only, goal of the weekend.

The Eagles then cruised to a  7-1 victory on goals scored by Chemello, Klotz and Nick Houser to give them their 15th win of the season.

The Eagles face off against The New Jersey Institute of Technology in two weeks at 8:30 p.m. Dec. 4 and 5 at Germain Arena.