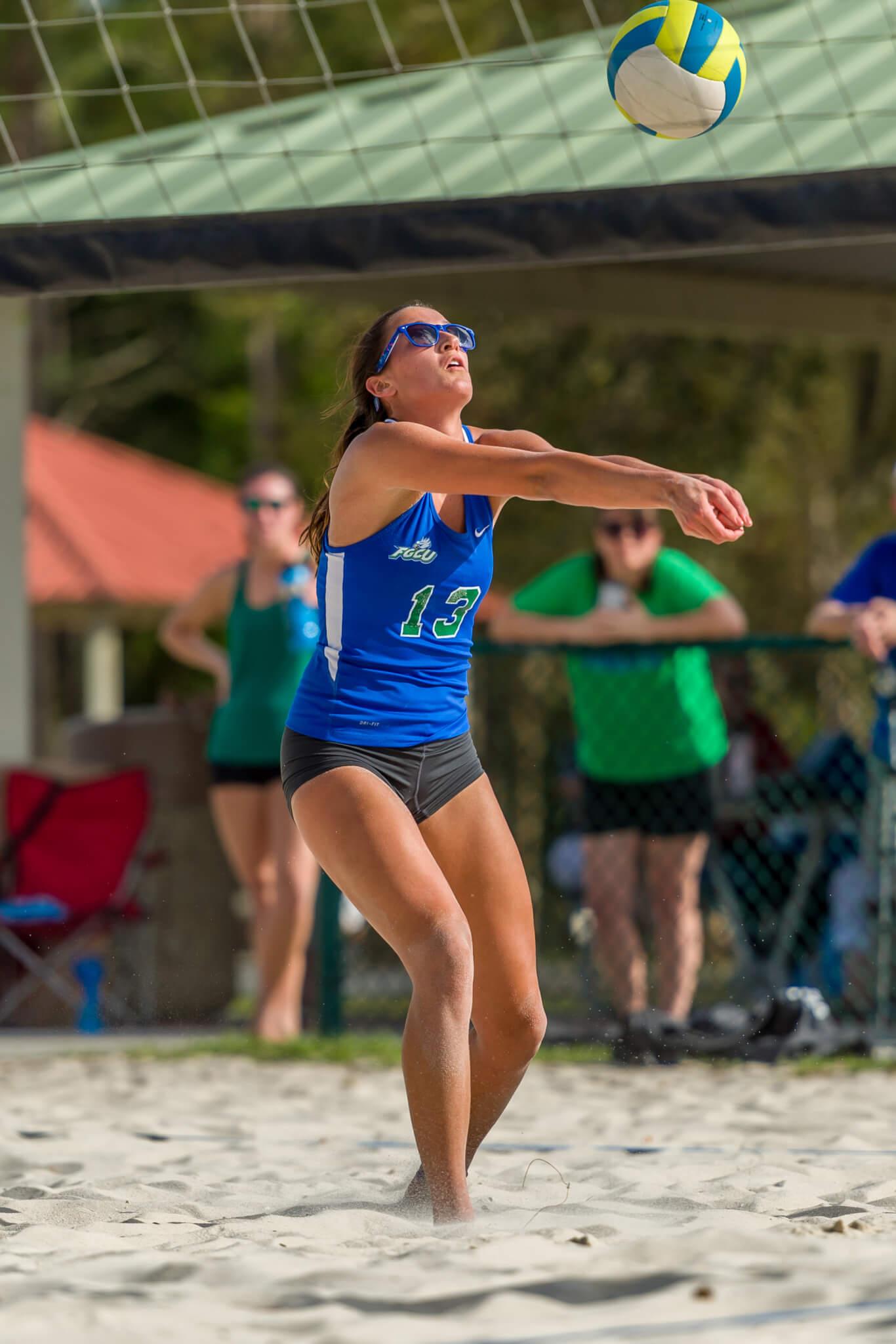 The biology major from Charleston, South Carolina transitioned from indoor to beach volleyball during her first season at FGCU.

Aldrich attended high school in South Carolina where helped her high school team reach a record of 47-5 during the 2014 season. In that same season, she led the state in blocks. In her senior year, Aldrich was named to All-Region and All-County.

In the 2013 season, she led the team to the Class 4A State Championship and earned an AAU All-American nomination.

The duo defeated opponents from South Carolina, UAB, College of Charleston and FAU.

The Eagles will compete in the 2016 Atlantic Sun Championships this weekend. FGCU secured the No. 3 seed in the tournament.