FGCU enters tournament as the hunters, not the hunted 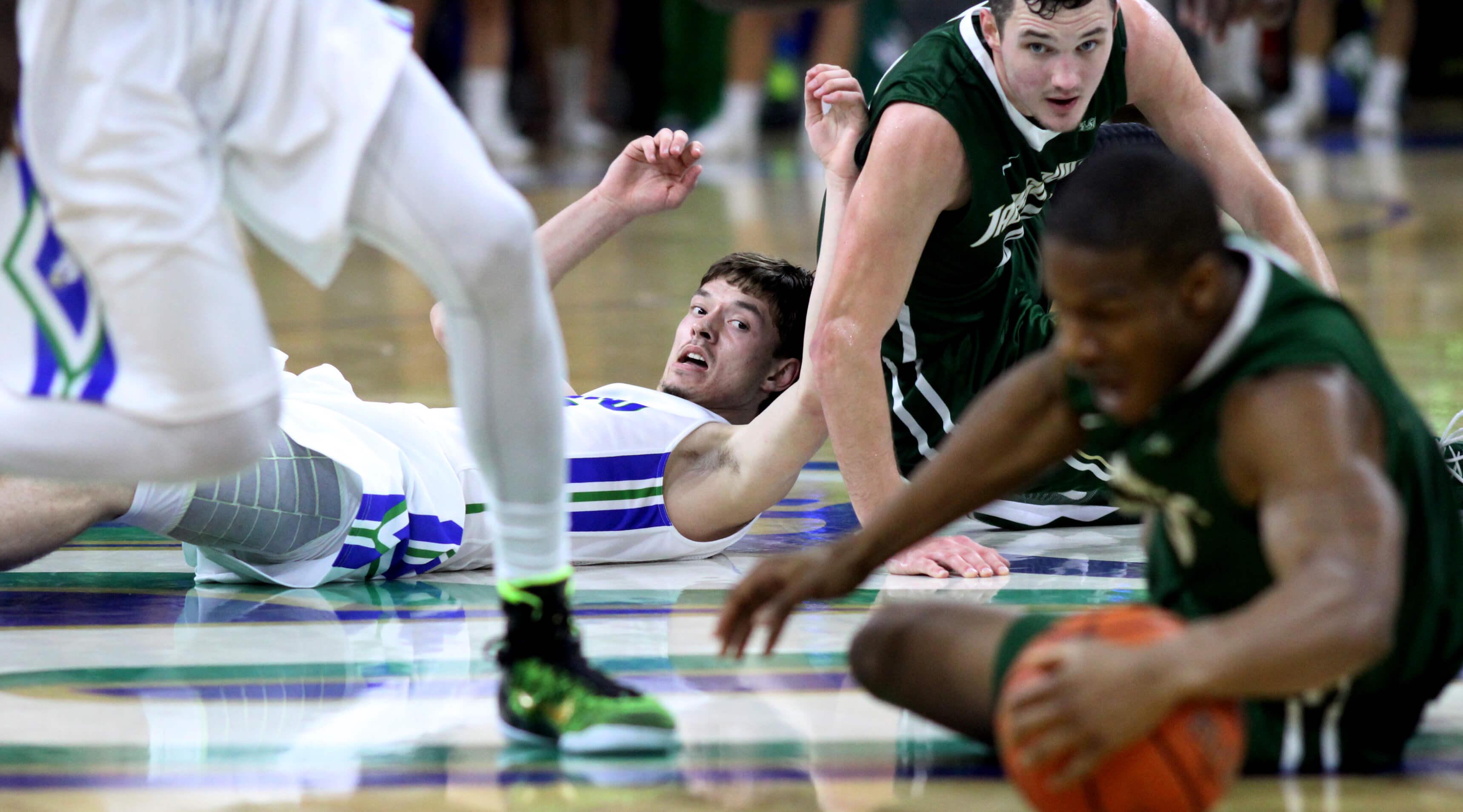 A week ago the Florida Gulf Coast University (21-9, 11-3 A-Sun) men’s basketball team was one win away from locking up the Atlantic Sun regular season title and securing the one-seed in the upcoming A-Sun tournament.

“We were playing hard, but we weren’t playing smart really,” senior Bernard Thompson said. “We were making some bad plays. We had a lot of mental mistake.”

After the two losses the Eagles dropped to the second seed in the A-Sun tournament that begins tomorrow at 7 p.m. at Alico Arena vs. seven seed Jacksonville.

However at practice on Monday the mood was very positive. The atmosphere was very energetic and excited. It did not seem like a team who went from a guaranteed NIT birth to a team who now has to win three straight just to possibly get a 16-seed.

“The kids are a lot more resilient than the coaches,” FGCU head coach Joe Dooley said. “You lose a game and they’re worried about what they’re having for lunch the next day.  So I was trying to explain to them that we were good enough to win 10 in a row we are good enough to win one in a row.”

This is the second year of the new A-Sun championship format where the higher seeds host. FGCU hosted last year as well.

“We’re excited. It’s tourney time. We’re ready to just get out there and play Tuesday,” Thompson said. “We want to get everything going. There’s not really a lot of pressure on us right now it’s just like we’re one and done let’s try to win some games. Try to play for the next few weeks.”

Jamail Jones dribbles around a Jacksonville guard during their game at Alico on Jan. 17. (EN Photo / Kelli Krebs)

“That game [Jacksonville] was also deceptive,” Dooley said. “We beat them by 29 but if you recall we were up by two and broke it open right near the half. I think we use it the exact opposite way. That this wasn’t a 29 point game but rather a tie or two-point game for the first 16 minutes.”

“Obviously we usually play a lot better at home but if you look at the championships since I’ve been here, nobody has won at home,” senior Brett Comer said.  “My view is that the home court doesn’t really matter in the championship it just who comes out and plays.”

They won’t be alone. As of yesterday there were only 600 general admission tickets left for the quarterfinal matchup Tuesday. And if anyone is excited to play at home its senior Jamail Jones.

“Our fans come out every night and I just try and show them appreciation,” Jones said. “I don’t think they know how much we appreciate them coming out and support us every night.”