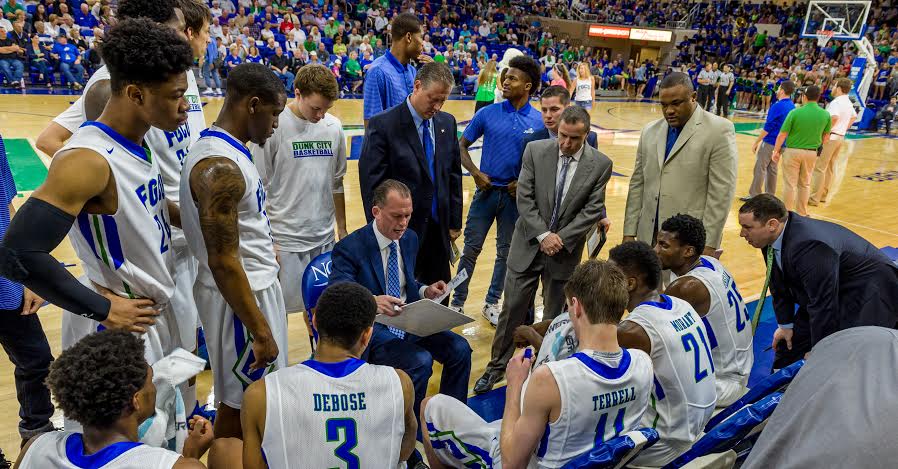 .@FGCU_MBB excited to add home opener vs Texas-Arlington on Nov 16 and @MSU_Basketball on Nov 20. #WingsUp

With the Eagles season kicking off Nov. 11 In Jacksonville against the Florida Gators, FGCU’s home opener will take place five days after the UF match up against UT Arlington on Nov. 16, at 7 p.m.

UT Arlington, a member of the Sunbelt Conference, posted an impressive 24-11 record in their season. They ended the season with wins against Ohio State, Memphis and Rice, and lost to a strong Texas team in overtime.

After their game against the Mavericks, the Eagles will hit the road to face Baylor and Michigan State.

FGCU will face Big XII powerhouse Baylor on Nov. 18 in Waco, Texas. Baylor has become a power house in the basketball world over the past few years. Despite their early exits in the past couple tournaments, the Bears still entered the tournaments as a three seed in 2015 and five seed in 2016.

The Eagles will face Michigan State on Nov. 20 in East Lansing, Michigan. Last season the Spartans entered the NCAA tournament as a two seed but were upset by 15 seed Middle Tennessee in the first round.