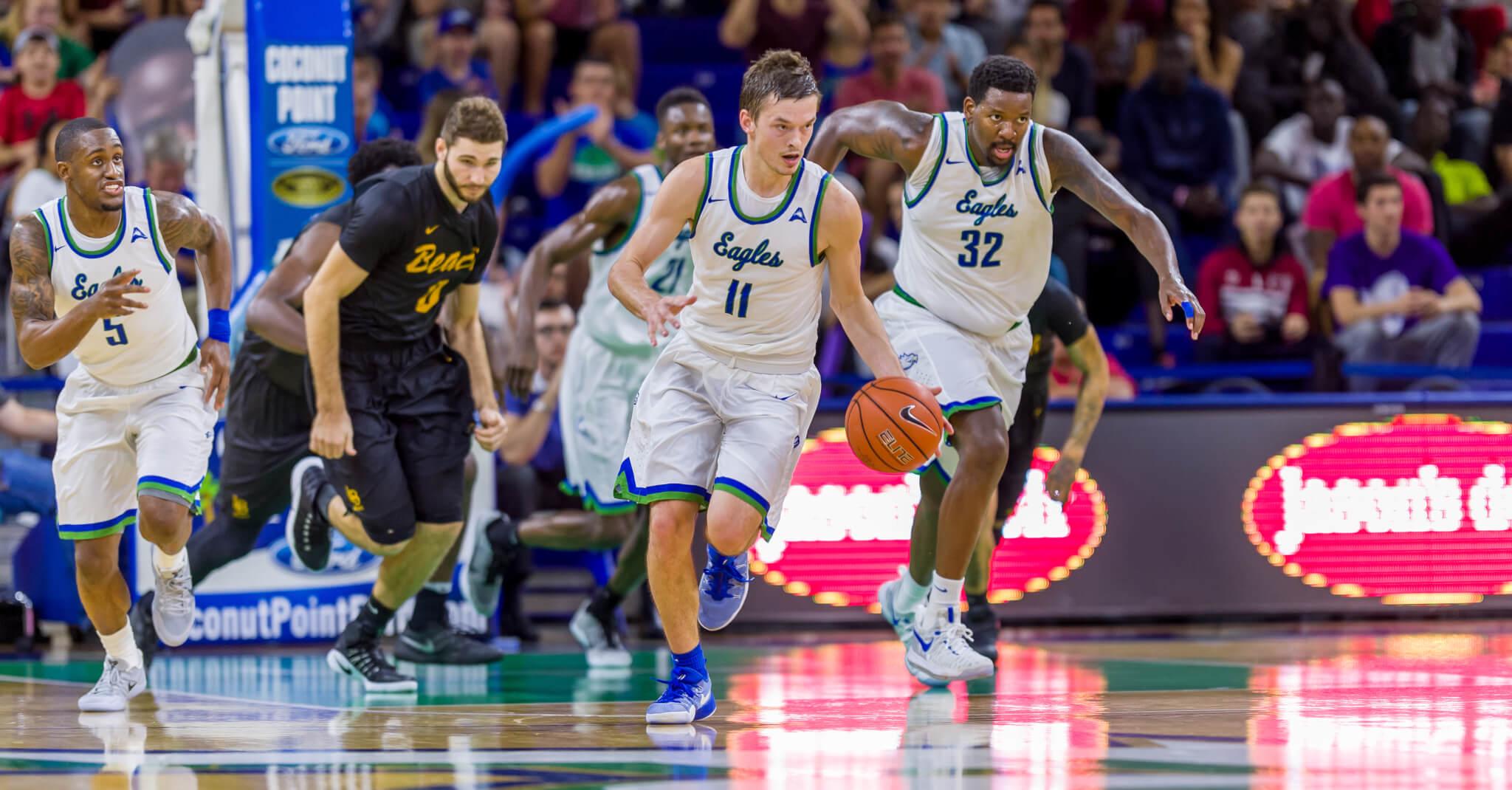 Trailing 67-66, LBSU’s Justin Bibbins had a 1-and-1 with 15 seconds left on the clock. With no timeouts, Rayjon Tucker grabbed Bibbins missed free throw, pushing the ball to the front of the court to Zach Johnson, who nearly lost control of the ball before finding Christian Terrell on the left baseline, who drove around an LBSU defender, laying in his first ever career game-winner.

Leading the Eagles offense with his second 20-plus point game of the season, Johnson matched a career-best four shots from long-range, scoring 21 points on 7-17 shooting from the field.

“It seemed like we were on our heels all night,” FGCU head coach Joe Dooley said. “We weren’t sharp, and part of that was due to their aggressiveness. We had bad shot selection and coupled with 18 turnovers that’s a recipe for disaster and it almost cost us.”

Jumping out to a 12-7 lead in the beginning of the contest, FGCU struggled to limit turnovers, allowing LBSU to go on 14-2 run to take a 21-14 lead with four minutes remaining in the half.

Despite shooting 43.5 percent from the field while holding the 49ers to 32.3 percent, the Eagles’ nine turnovers in the first half hurt them significantly, as they went into the half down 30-27.

Grabbing a lead for their first lead since being up 12-11 in the first half, Marc-Eddy Norelia blocked a shot at one end of the court and finished the fastbreak on the other end with a two-handed jam that gave FGCU a 44-42 lead with 15:34 remaining in the second half.

LBSU’s lead was quickly erased, thanks to a layup by Terrell to pull FGCU within one before knocking down a shot from the stripe with 28 seconds left in the game to force overtime.

At the start of added time, LBSU quickly jumped out to a five-point lead, scoring five unanswered points to take a 65-60 lead with 3:26 remaining.

Erasing a five-point deficit, Johnson lobbed the ball to Demetris Morant who slammed home the alley-oop to put FGCU in position to grab a game winner down 67-66.

Down 68-67 after Terrell’s eventual game winning lay-in, the 49ers had possession with 2.4 seconds left on the clock but Jordan Griffin’s shot at the horn was no good, as Terrell’s nine point and career-high seven assists performance propelled the Eagles over LBSU.