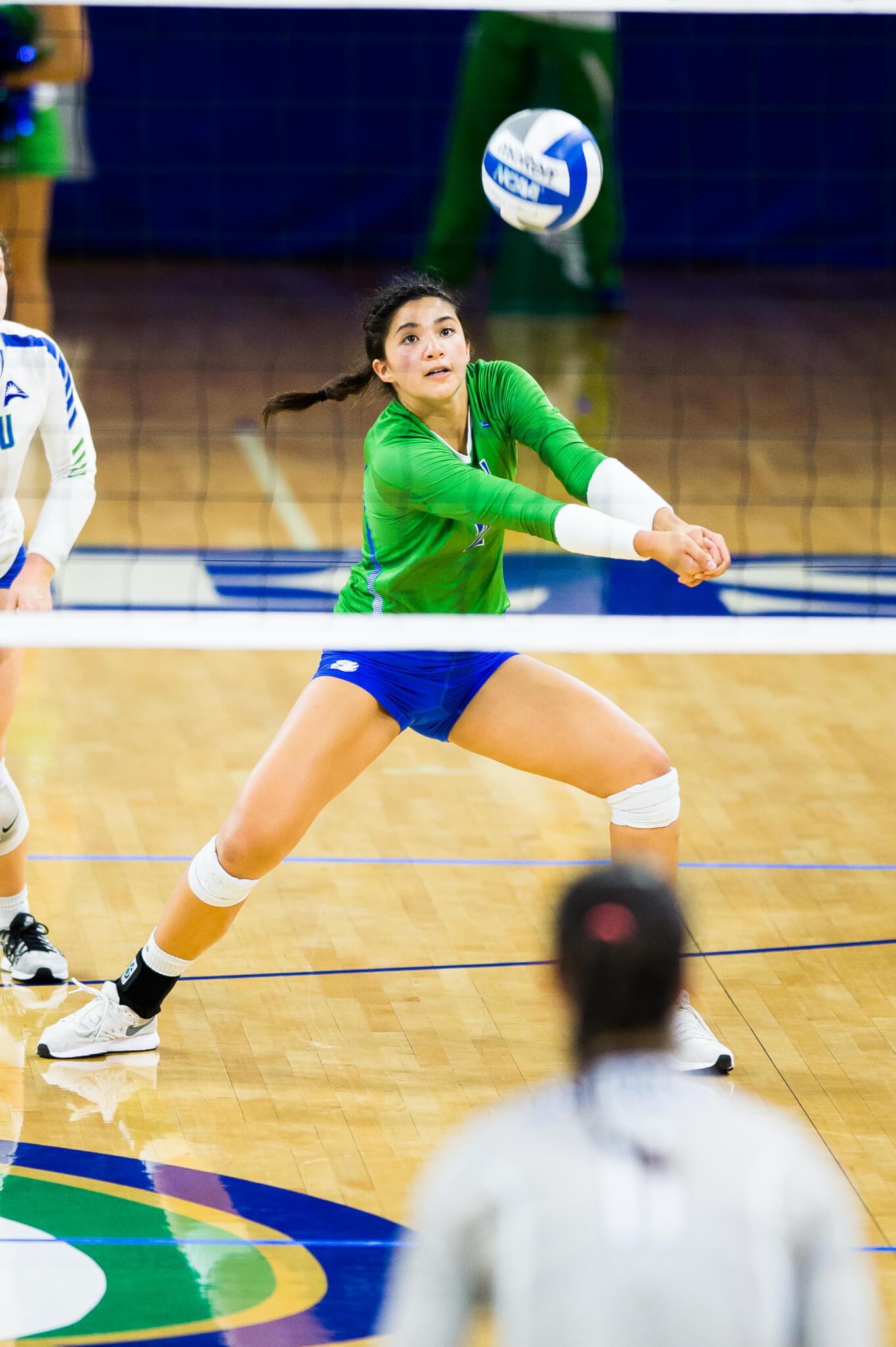 “I’m very happy with the progress we’ve continued to make on the defensive side of the ball,” FGCU head coach Matt Botsford said to FGCU Athletics. “That has been a major point of emphasis, and the team has worked hard to make improvements in that area. Marlene Moeller and Daniele Serrano did a great job on the offensive end, and I thought Maggie Rick utilized them extremely well in transition. They both worked hard to create space and were really well positioned to be aggressive with our counter attack.”

FGCU came out on top offensively and defensively this match, and created a large score gap from Stetson. FGCU had 37 kills and kept their offensive errors down to eight while Stetson had 20 kills and 19 attacking errors. FGCU’s defense had 40 digs compared to Stetson’s 30.

Sophomore hitter Amanda Carroll led the offense with 15 kills on 28 attacks for a hitting percentage of .500. The victory marks Carroll’s 18th double-digit kill performance of 2016.

In set one, FGCU immediately took the lead with a kill from Daniele Serrano followed by a kill from Amanda Carroll. Right away, FGCU’s electric offense began to dominate. FGCU held onto the lead and pushed to claim the first set quickly. Five consecutive kills from the Eagles and a Stetson error ended set one in favor of FGCU 25-13.

The second set started off with both teams neck and neck, but the Eagles started to create a promising lead in the middle of the set with kills from Maggie Rick and Carroll, making the score 18-12.

FGCU capitalized on Stetson errors and remained dominant on the offensive side throughout the second set. A kill from Marlene Moeller ended set two with another set win for the Eagles 25-18.

The third set started with seven consecutive kills from the Eagles. FGCU held onto the lead during the whole set and the Eagles’ offense and defense were in sync.

The Eagles kept the pressure on, and towards the end of the set, Stetson’s five consecutive errors allowed the Eagles to pull even further ahead. A strong kill from Carroll ended the third set, making that a sweep for the Eagles 25-10.

FGCU will return home to Alico Arena to face in-state rival Bethune-Cookman in its final non-conference match of the regular-season on Tuesday, Oct. 25 at 7 p.m.