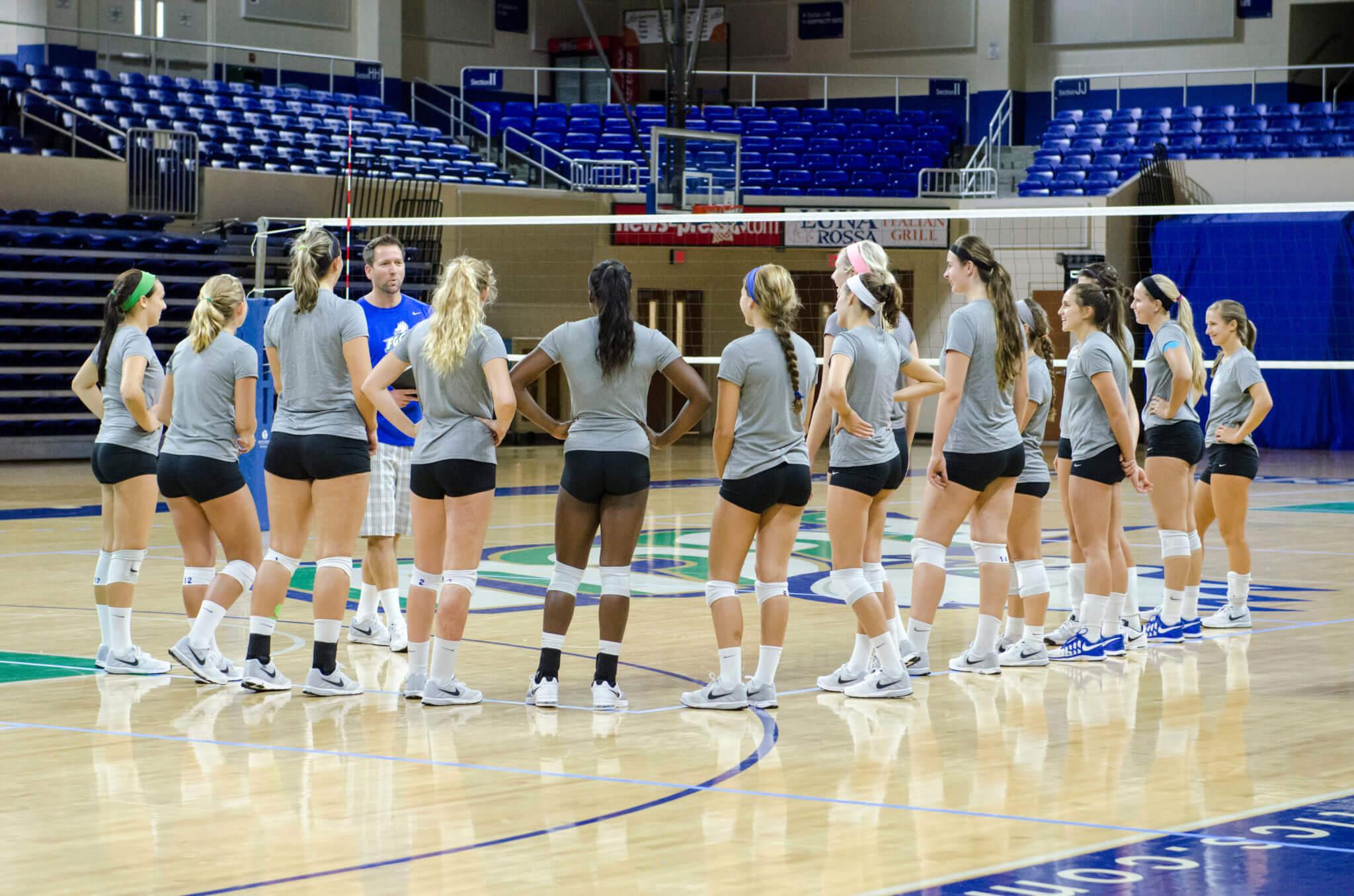 The Florida Gulf Coast University women’s volleyball team began its 2014 season with the annual Green v. Blue scrimmage this past Saturday where the girls faced off against each other. The scrimmage shows off the girls’ skills on the court, allows the newcomers to play as a team for the first time, and helps to gain support for the upcoming season.

The Lady Eagles ended the 2013 season with a 14-19 overall record and a 9-9 conference record in the semifinal round of the Atlantic Sun tournament after being defeated by Jacksonville, and hope to be even more successful in the year to come.

“I’m excited to see where we will be at the end of the season if we continue to make the progress we have so far,” said senior Whitney Masters.

Matt Botsford is beginning his first year as head coach of the women’s volleyball team, after the resignation of former head coach Dave Nichols.

“At the beginning of preseason we had to learn to adjust to the new systems that were put in place with the new coach,” said Masters. “We have to embrace the change head on, and are continuing to improve each practice.”

With the new leadership and new talent that has been brought to the team the women have high hopes and expectations for the upcoming season.

“We have new freshmen and last year’s red shirts that are now eligible to play and will be vital to our success,” said Masters.

The new team members added this year are expected to help the girls continue their success on the court and advance the team even further than ever before in the A-Sun tournament.

“We are so lucky with how our freshmen have been and how we are all connecting as a team,” said senior Olivia Mesner.

The Lady Eagles begin regular season play in the University of Miami Tournament on Aug. 29, and will return to Alico Arena on Sept.19 at 7 p.m. v. Alabama State in their home opener.