FGCU women’s basketball welcomes the challenge of a new roster 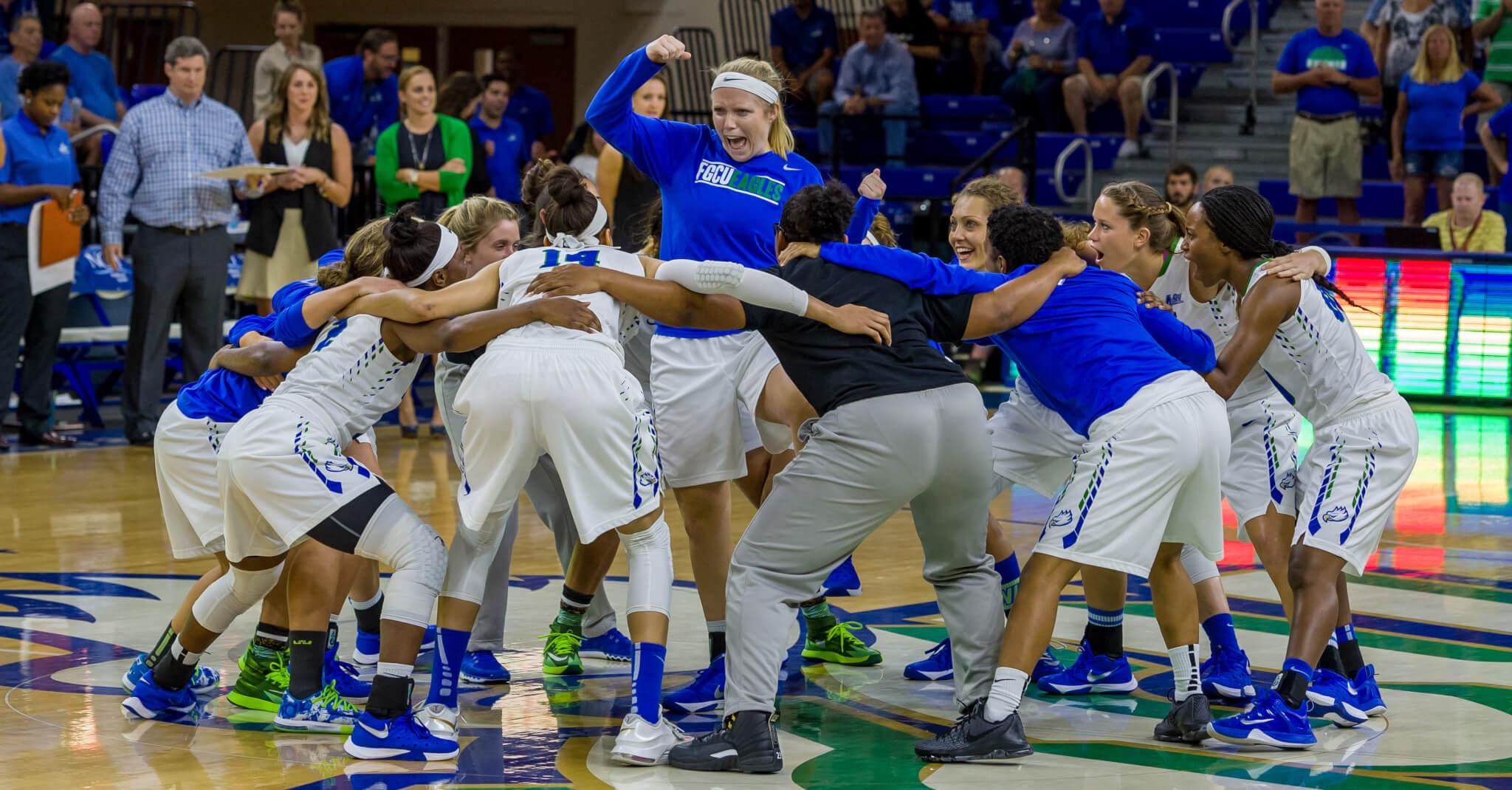 The FGCU Women’s basketball team will look to build upon last year’s run to the NIT championship game.

This year’s team is led by Coach Karl Smesko in his 15th season for the Eagles.

Of the 15 players on the roster for FGCU, only one starter is from last year’s team, redshirt Junior, Taylor Gradinjan.

Only five other players received playing time on last year’s team, including the most recent member of the Eagles to receive a full scholarship, Jessica Cattani.

Other familiar names to most Eagle fans are Taylor Goodall, Haley Laughter and Sydnei McCaskill.

Fifth year seniors, Jordan Alexander and Mikala McGhee, will look to bring both ability and leadership to the young team.

Though the team may look different on paper, Karl Smesko believes in the group he has, as they attempt to win the ASUN regular-season title for a seventh consecutive season.

“It will be a challenge, but I’m really excited about the challenge,” Smesko said to FGCU Athletics. “We have a lot of new players, and just getting them to learn the system and learn how to play with one another, and play with the type of attitude and intensity that we expect from our team.”

FGCU will go against Big Ten teams, as they face Ohio State on Nov. 25 and Illinois on Dec. 17.

The Eagles open up their season on the road as they travel to Connecticut to face both Quinnipiac and Hartford on Friday, Nov. 11 and Sunday, Nov. 13.

FGCU returns home for their first game at Alico Arena on Tuesday, Nov. 15 as they play FIU at home.