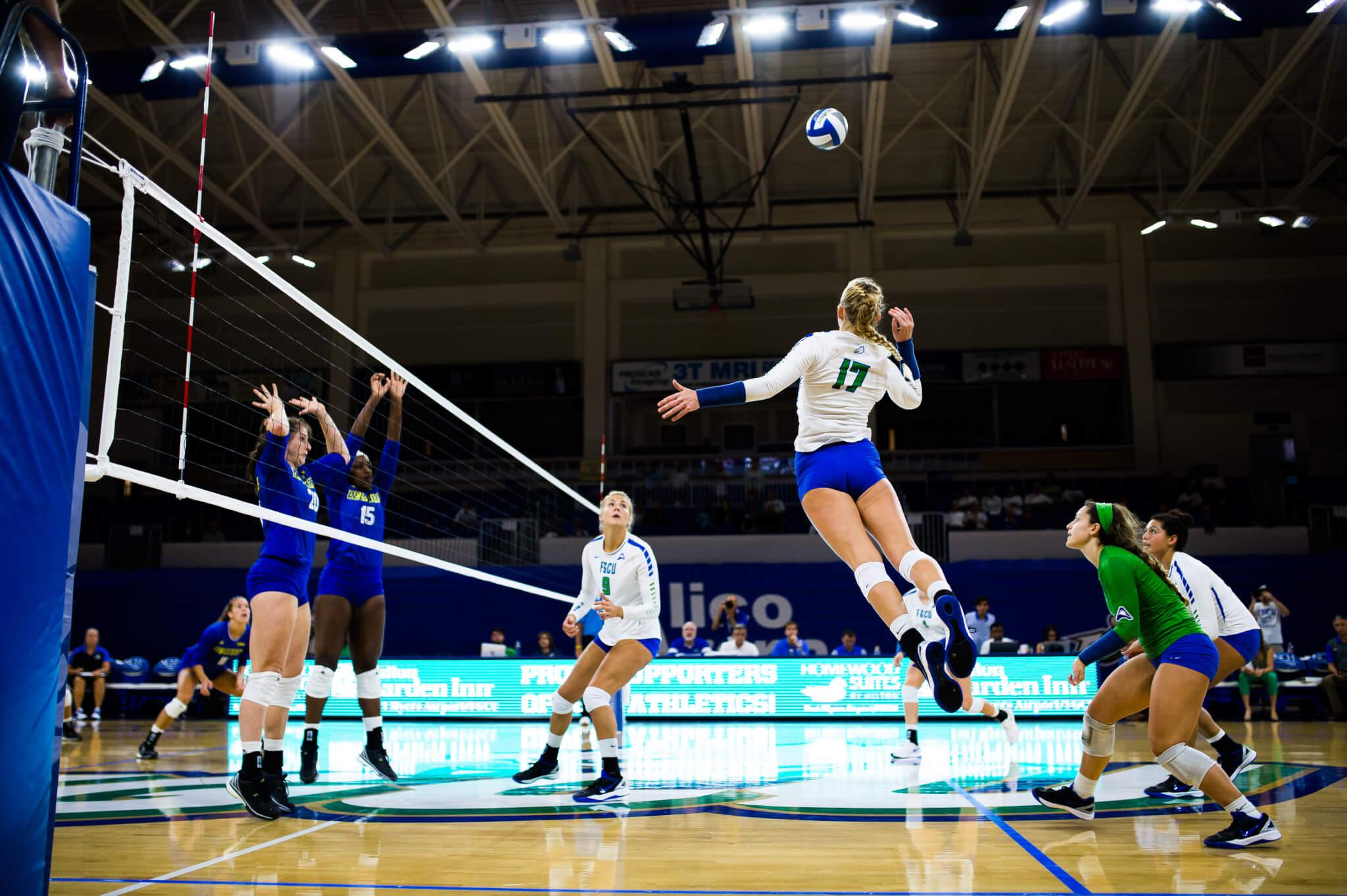 On the second day of the Owls Classic, FGCU claimed the win against Tulane which made eight consecutive wins for the Eagles. The Eagles swept the match against Tulane by winning in three sets [25-17, 27-25, 25-21]. The Eagles had 18 kills from Amanda Carroll and 10 kills from Daniele Serrano throughout the match and totaled 48 kills, while Tulane had a total of 34 kills. FGCU had a more efficient hitting percentage with .333 compared to the Green Wave’s .226 hitting percentage.

To start off the first match, the two teams battled back and forth, with Tulane holding a small lead. Errors from the Green Wave allowed FGCU to pull ahead with a lead of 15-12, but points were exchanged following that lead. When Caroline Jordan was subbed in, FGCU scored four consecutive points to leave FGCU two shy of set point, 23-16. The last two points to end the game in the Eagle’s favor were from Serrano and then Carroll, 25-17.

FGCU had the momentum going into the second set with Serrano added another kill to the record for the Eagles. Tulane then took the lead, but points and the lead were exchanged until they were tied up at 13-all. Throughout the rest of the set, the lead shifted from Tulane to FGCU, but a kill from Carroll forced Tulane to take a timeout with FGCU at an advantage, 25-24. Tulane claimed the next point, but Carroll and Borgiotti answered with two consecutive kills to seal the deal for FGCU by winning the second set, 27-25.

“I thought we did a very good job offensively today and that Maggie set a smart match,” said Botsford. “Daniele and Amanda were extremely efficient for us on that end. However, we need to be better defensively moving forward.”

FGCU entered the third set with a 2-0 record and used that momentum to pull away quickly by attaining a 6-point lead, 7-1. FGCU continued to build upon each kill and pull away, but Tulane answered by capitalizing off of a few FGCU errors. Tulane was in the process of a comeback late in the set when they scored four consecutive points, but a service error by the Green Wave put FGCU in a position to claim the third set. A kill from Serrano gave the match to the Eagles, 25-21. This marks their second win in the Owls Classic.