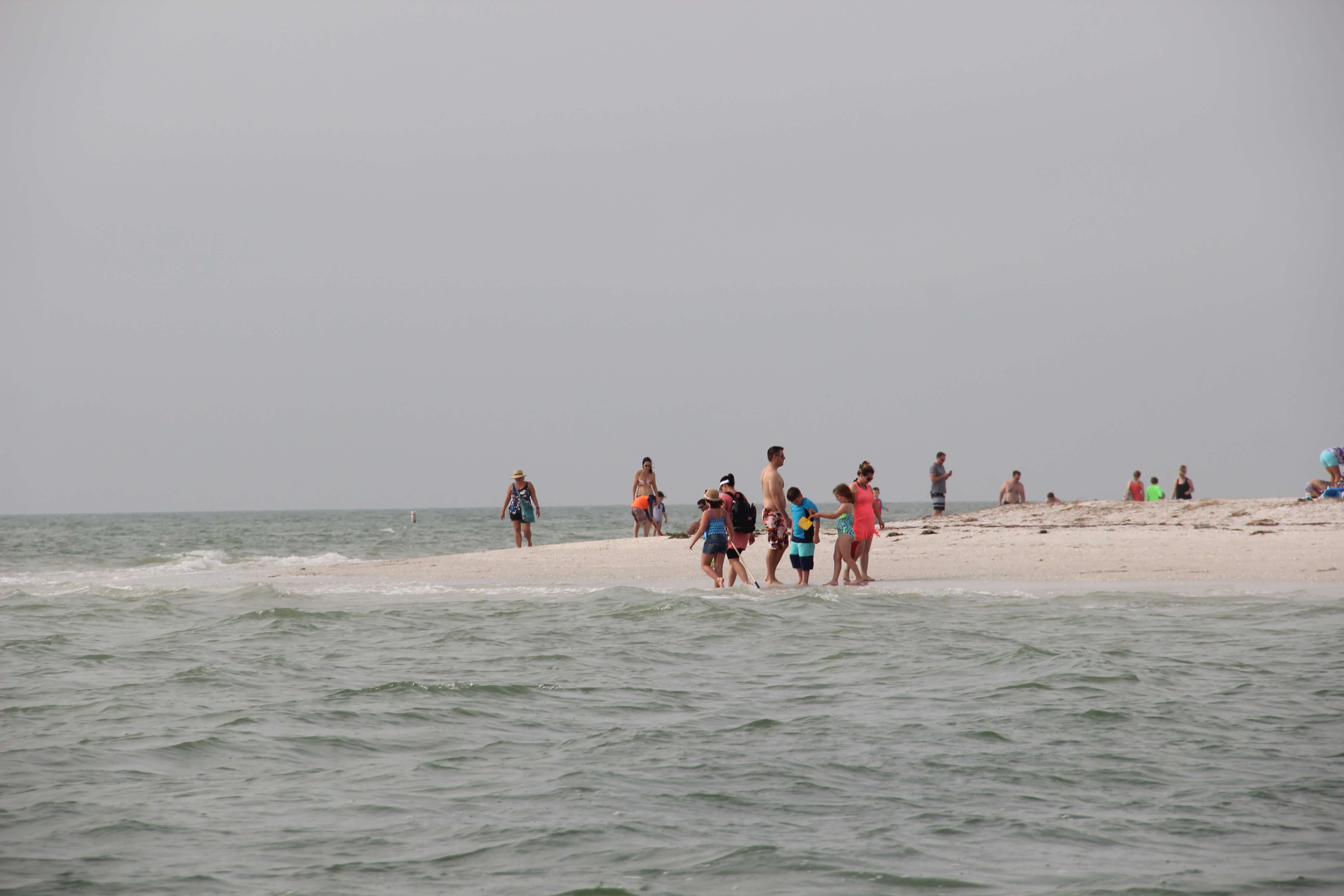 Fort Myers Beach is by no means a ghost town, but local business owners have been impacted by the Lake Okeechobee releases all the same.

Josh Stewart, the owner of Adventure in Paradise Boat Cruises and Tours said that when the releases were at their maximum in February, he saw a drop in business.

“Definitely, we got calls pretty much every day about people asking how the water was,” Stewart said. “We had some cancellations, but I would say we had more people just not booking.”

Adventures in Paradise is a family-run business that has been on Fort Myers Beach for 30 years. Stewart said in February that the freshwater releases at their peak were pushing foam up onto the beaches, killing grass beds and pushing bait fish further out into the ocean.

Now, with the volume of releases reduced, Stewart said those phone calls have stopped. However, he is concerned that people who canceled bookings this year might not return next year.

Master Captain Neil Eisner, the owner of Fishing the Flats Charters, said the conditions have “somewhat” effected his business.

“There’s not as many fish in the area,” Eisner said. “It’s also affected the small bait fish.”

Jessica DeGraw, FGCU alumna and the owner of Island Time Dolphin and Shelling Cruises, said the releases didn’t affect the number of customers she had, even at their peak in February.

“Honestly, it’s been the same for me,” DeGraw said. “I would have some customers ask why the water was brown because they noticed the difference from previous years, but people still booked tours.”

Fort Myers Mayor Randall Henderson Jr. said it is hard to measure the financial impact of the releases.

“It’s extremely difficult to quantify it in terms of dollars,” Henderson said.

“YES. Cancellations are taking place as we speak,” Piggott replied.

“The negative outfall from the releases is clear and evident,” Henderson said.

Henderson said the releases had to occur to remove the possibility of the Herbert Hoover Dike breaking, which would have put lives at risk. Now that the threat has been removed, he said a long-term solution needs to be put in place.

Henderson, who is also the president of the Florida League of Mayors, said a permanent solution would have to be multi-faceted. He said that, ideally, water would be cleaned north of Lake Okeechobee before it enters the lake; construction of the Kissimmee River Basin would continue to help slow down the amount of water entering Lake Okeechobee; more water storage would be created around Lake Okeechobee to hold and filter water before it flows into the Caloosahatchee; and the Hoover Dike would be fortified, so it is less of a collapse threat.

Clewiston Mayor Phillip Roland said in February that the problem of the releases started with the Kissimmee River Basin draining into Lake Okeechobee.

“The lake is 700 square miles, and what drains into the lake from the north is 5,600 square miles,” Roland said. “It’s got nowhere to go but out the St. Lucie and Caloosahatchee because it’s too dirty to go into the Everglades.

However, that land is owned by U.S. Sugar.

Judy Sanchez, the senior director of corporate communication and public affairs for U.S. Sugar, said the solution is more complicated than just sending the water south.

“They had that opportunity in October,” Sanchez said, referring to the South Florida Water Management District’s opportunity to buy the sugar land in 2015. “It was the wrong land.”

Sanchez said SFWMD determined that the land would not be an effective place to store water.

“If you’re going to store water there, you’ll need to relocate railroads at $1 million a mile, relocate FPL’s power lines at more than $1 million per line,” Sanchez said. “It’s a lot more complicated than just ‘buy the land,’” Sanchez said.

Sanchez said that because every foot in Lake Okeechobee is equal to 450,000 acre-feet, the CEPP land that would hold 210,000 acre-feet would not have much of an impact on the release problem. However, she said moving the water south would impact the small towns and businesses around the lake.

“There’s not a lot of new businesses moving out here,” Sanchez said. “If you take out the existing businesses, you kill these small towns. These towns are what everyone used to believe idyllic American life was like.”

Sanchez said Florida has already purchased land from U.S. Sugar for water storage, and she thinks the existing water storage could be made deeper to hold more water. Sanchez said buying more land would mean shutting down sugar cane mills and putting farmers out of a job, although she did not have an estimated number of how many farmers it would impact.

“If (SFWMD) were to decide they wanted to buy it, we signed a contract with them, and we’d have to sell it to them,” Sanchez said. “It doesn’t solve the problem. It just relocates it.”

Mayor Kevin Ruane said that while buying land south of the lake for storage is “no silver bullet,” it would help “substantially.”

“I don’t want to indicate that there’s a silver bullet,” Ruane said. “There’s 12 different counties that are directly or indirectly impacted by this.”

Ruane said, in the shortrun, his goal is to get less water coming out of the lake, and he said he speaks with Lt. Col. Joyce Reynolds of the U.S. Army Corps of Engineers once a week about the releases.

Ruane said, in the longrun, the government needs to focus on accelerating the funding to fortify the Hoover dike, working on water quality initiatives to keep lower nutrient levels in the lake and finding water storage north, east, west and south of the lake.

In Ruane’s request for federal funding, he wrote that the government needs to act in a timely manner to prevent further damage to the local economy.

Ruane wrote that Lee County’s 5 million visitors per year create $3 billion in tourism revenue and employs one out of every five Lee County residents.

“A 2013 poll by the Lee County Visitor and Convention Bureau indicated that 94 percent of all visitors to Lee County identified our beaches as our most attractive asset,” Ruane wrote. “Local water quality can have a tremendous influence on consumer confidence and can greatly impact tourism and our local economy.”

Ruane also cited the real estate value of Lee County, which makes $300 million in annual tax revenue, as something that could be impacted by freshwater releases.

There are several pieces of legislation involved with changing the water releases. Ruane would like to use the Central Everglades Planning Project and the Water Resources Reform and Development Act to move water south of Lake Okeechobee into a reservoir. Ruane has proposed the U.S. Army Corps of Engineers build the water reservoir in the Everglades Agricultural Area south of Lake Okeechobee.

Funding for these projects would come from Amendment 1 funding and a Legacy Florida bill that would have to pass in the U.S. House and Senate.

“It’s a long-term solution,” Ruane said. “We were up in Tallahassee advocating for the Legacy Bill.”

Ruane said that although the Lake Okeechobee releases have historically been a problem for Sanibel, he is hopeful that a permanent solution could be implemented.

“Having seen this movie before, I’d like to see a long-term solution,” Ruane said. “I’m much more optimistic than I was. I want to do it based on facts, not solutions.”