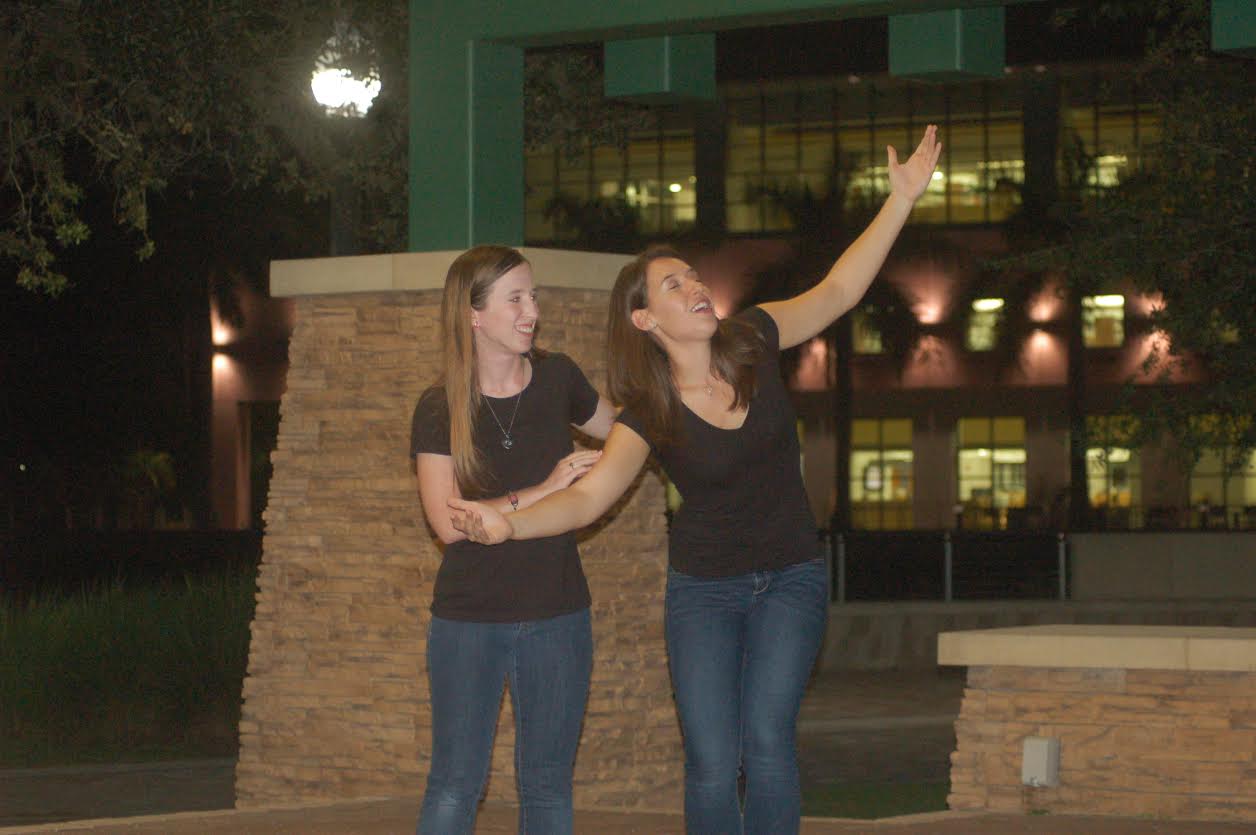 Theater and comedy lovers alike gathered to witness FGCU Improv Club’s first live show since 2012 on Friday, Nov. 20 at the Veterans Pavilion. A combination of several different theater games were preformed live by various club members. The show demonstrated the actors’ talent while engaging the audience.

“I think it went well,” said Max Conole, a freshman theater major who attended the show. “Not a lot of pressure comes with Improv Club.”

The show began with the performers playing a game called “Vocabulary Tennis,” which consisted of club members forming two lines facing each other. A separate member then called out a category, such as types of fruits, and the two performers facing each other went back and forth saying words that fit into that category. While some duos worked well together, bouncing off of each other’s ideas smoothly, others fizzled out quickly, which made way for humor.

“The planning of this event was done a few weeks in advance,” said Erin Ward, the club president. “We used a lot of flyers, and we have a Facebook page. We had people sharing the event, sharing photos, sharing anything they could to bring out the event.”

Taylor West, a sophomore English major who served as one of the performers in the show, promoted the event by telling his professor.

“One of my teachers loves announcing certain events going around on school in his classes,” West said.

The show continued with several different improvisational games, including “Stacks” a game which begins with one performer acting out a scene of their choice, with other performers calling out “freeze,” and then joining in, adding onto the scene, as if they were being “stacked” on top of each other.

There were several differences between this show and the club’s previous one, which was held in 2012.