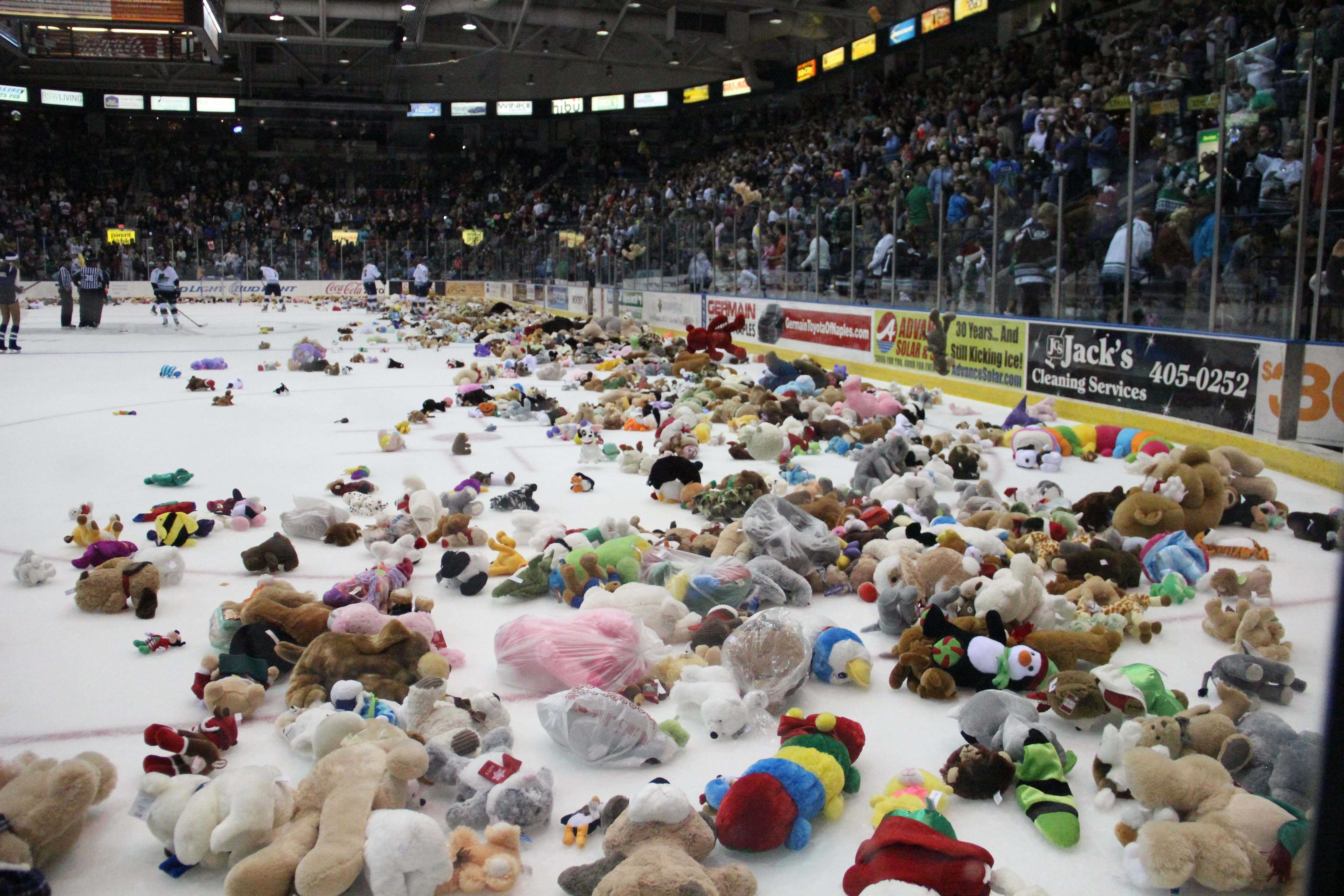 The Florida Everblades held their annual teddy bear toss Saturday, Dec. 12 in a home game against the Reading Royals.

The teddy bear toss is an annual Christmas tradition in most minor and junior hockey leagues. When the home team scores their first goal, the crowd throws teddy bears and stuffed animals onto the ice for the team to donate to local hospitals and charities.

The teddy bear toss is the most attended game this season with nearly 7,000 people in attendance Saturday night.

The Everblades weren’t off to a great start, while the Royals scored two goals within the first 10 minutes of the game. If the Everblades didn’t score within the first two periods, the teddy bear toss would start during the second intermission. With 1:55 left in the second period, team captain Matt Marquardt shot the anticipated first goal that set off the storm of nearly 8,000 stuffed animals being thrown over the glass by fans.

The Everblades, Everbabes and Swampee will visit the Golisano Children’s Hospital Monday afternoon to give out the stuffed animals and to spend time with the children admitted to the hospital.

Despite the 2-1 loss to the Reading Royals, fans were happy to take part in the annual tradition to help make kids happy this holiday season.