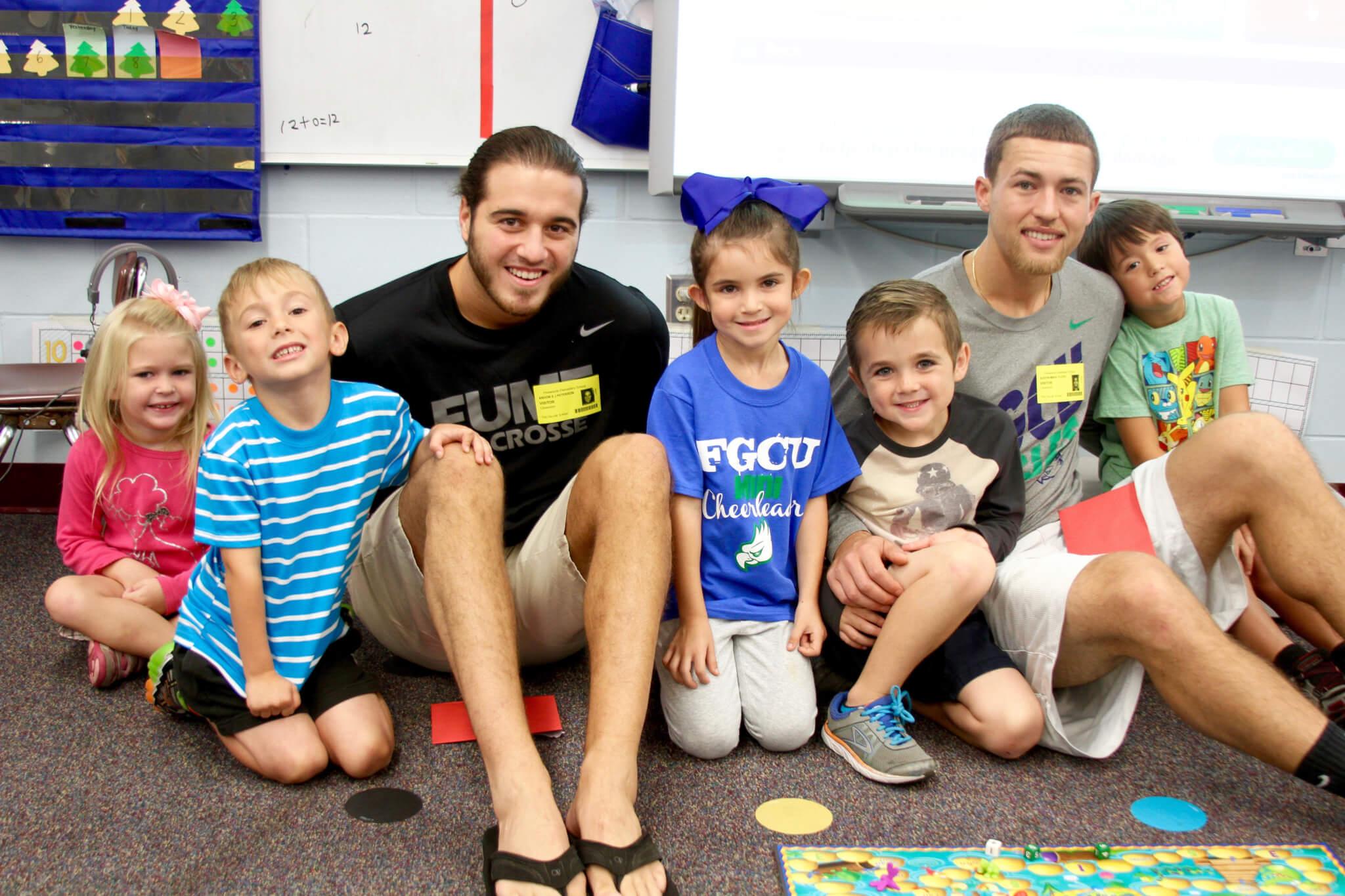 One of FGCU’s newest RSOs officially began this past September as the brainchild of FGCU alumna and professor Courtney Satkoski and her repeat teaching assistant Jordan Shedrow.

THE Big C gets its name from the many service words beginning with the letter “C” — most importantly, “community” — said the club’s president, Shedrow. Since the initial idea for the club, the leadership team has expanded to eight members, which managed to tally 1,500 service-learning hours in the fall semester. 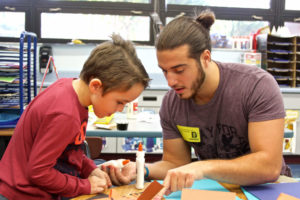 These hours came from a variety of service opportunities, including the mentorship program that was established through THE Big C at the closest grade school to FGCU’s campus, Pinewoods Elementary School, where Satkoski’s son Crew is enrolled in kindergarten.

“The volunteers just get the kids so excited,” said Beth McClain, the teacher of Crew’s class where the mentorship program began. “The kids count down the days. On a Tuesday, the kids will be like, ‘Is it Thursday yet? Is it Thursday?’ They look forward to the guys coming in. They talk to them all the time. They want to show them what they’re doing. They think they’re cool, and they just want to work with them whenever they can.”

The FGCU students work in large part with the kindergarteners on their sight words. The children have to learn 110 by the time they leave kindergarten, so the one-on-one mentorship allows them to work on what specific words they need help on.

“Taking just one hour to go over their sight words with the kids makes such a difference, especially when it’s not guaranteed every child gets that kind of help at home,” McClain said.

McClain said all her students, but especially the males, look up to the FGCU volunteers as role models. 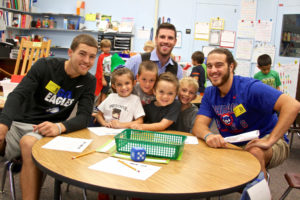 “Little kids will kind of gravitate to anyone — like kindergarten-age kids — but the boys seem to have definitely gravitated more to these guys than what I’ve seen in the past. Up until now, most of the volunteers that would come in were moms, so they were older. And, with the guys, they’re younger and in college and can talk to the kids about what they’re doing and studying.”

The volunteers at Pinewoods are majority male at the moment, which  Satkoski says was a gift of fate as she was looking for more male representation for her son’s campus at the birth of the partnership. Then, all the students who signed up for the mentorship program just so happened to be male.

“It was a pleasant and very welcome surprise,” said Satkoski, who now serves as the club’s adviser.

Much like the diverse majors and interests expressed in THE Big C’s 75 active members, its leadership all have a project near and dear to their hearts, which they head for the rest of the group. Satkoski serves as the liaison for Pinewoods, but THE Big C’s president Shedrow finds his particular passion in Hunting for a Cure, a for-purpose organization that formed at FGCU in January 2016 to fundraise and advocate for those with Hunter syndrome.

“We are basically the center hub that gives students a dip-your-toes-in-the-water experience where they get to not only see what these other organizations are like but see what it’s like to do service in multiple capacities,” Shedrow said.

He said he has seen service become an eye-opening experience for many, who had assumed they would enter one field after graduation but, through service, realized that was maybe not for them after all.

“It’s awesome in the sense that it will — and has the power to — change the course of some people’s future,” Shedrow said.

Shedrow speaks from personal experience, planning up until recently to specialize in Mohs surgery only to change course late into his senior year and find a passion for pediatric oncology instead.

THE Big C’s vice president Brandon Peterson, on the other hand, has been sure of his plan to attend physician’s assistant school for quite some time but now questions where that will be, as he has found a home in THE Big C.

“I’ll definitely take all the principles I’ve learned and everything and try to make something up there in Illinois in my community, but it’s just going to be sad almost,” Peterson said. “This is my pride and joy. I went to nationals for lacrosse. I’ve done research here. I’ve been a teaching assistant. I’ve done a bunch, but this is definitely something I’m happy I’m leaving, kind of like a legacy.”

Peterson, though sporting a Hunting for a Cure wristband, said he found his passion in particular working with Special Equestrians. Currently, he is working on building them a horse for riders to practice on before mounting the live animal. THE Big C also works with the YMCA and the Lion’s Club among half a dozen service-driven RSOs on campus.

“Our university’s mission statement includes service, but I think we could, as a university, maybe do a better job introducing freshmen and sophomores to these community partners and kind of get them hooked on service early on,” Peterson said. “It’s just great, not only to do things for other people, but it can also help you with your resume or to build connections for your future career path as well.”

THE Big C meets every other Wednesday on campus or at Duffy’s Sports Grill. For more information, find the club on Facebook or email Shedrow at jdshedrow9946@eagle.fgcu.edu. 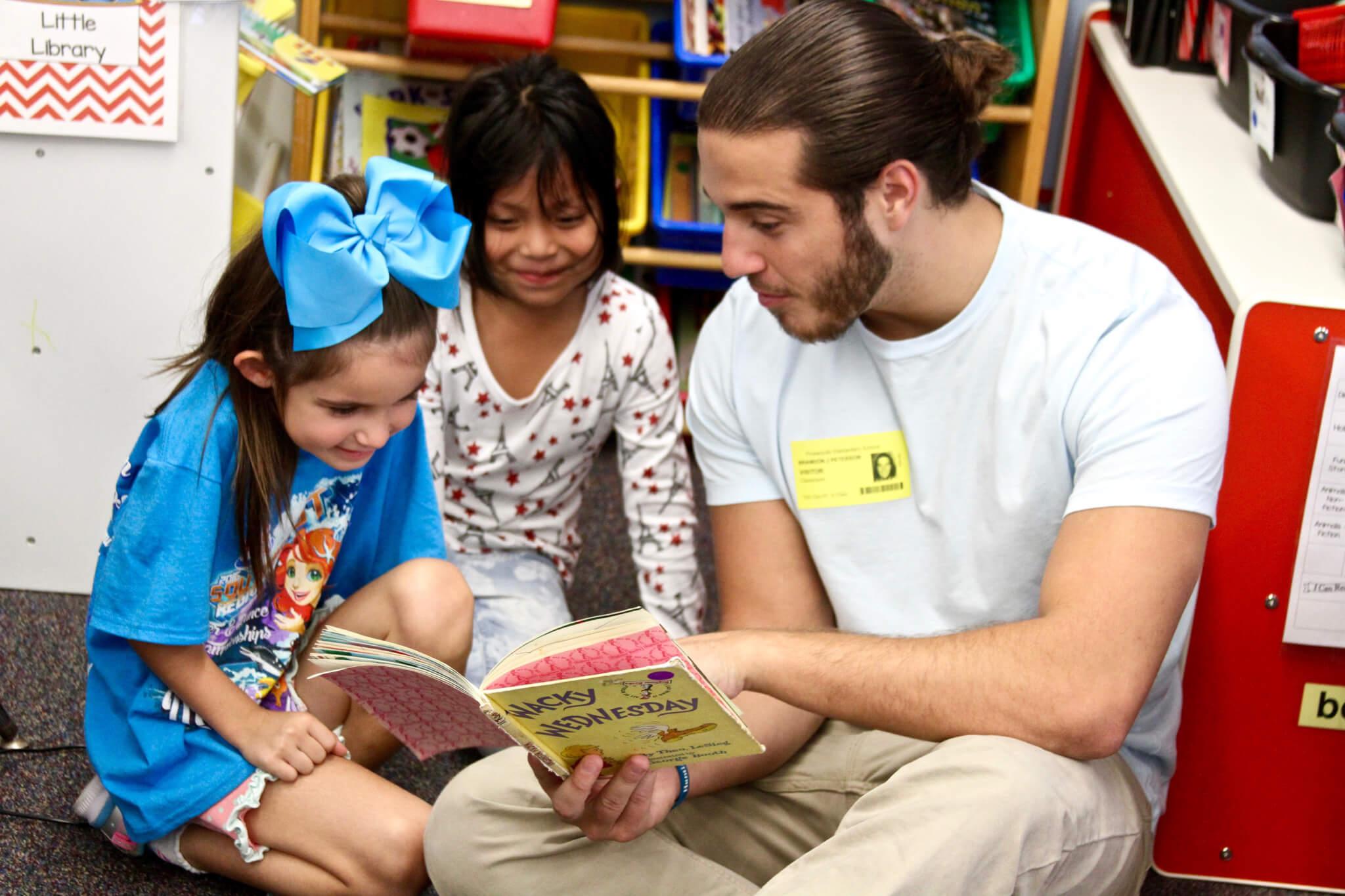 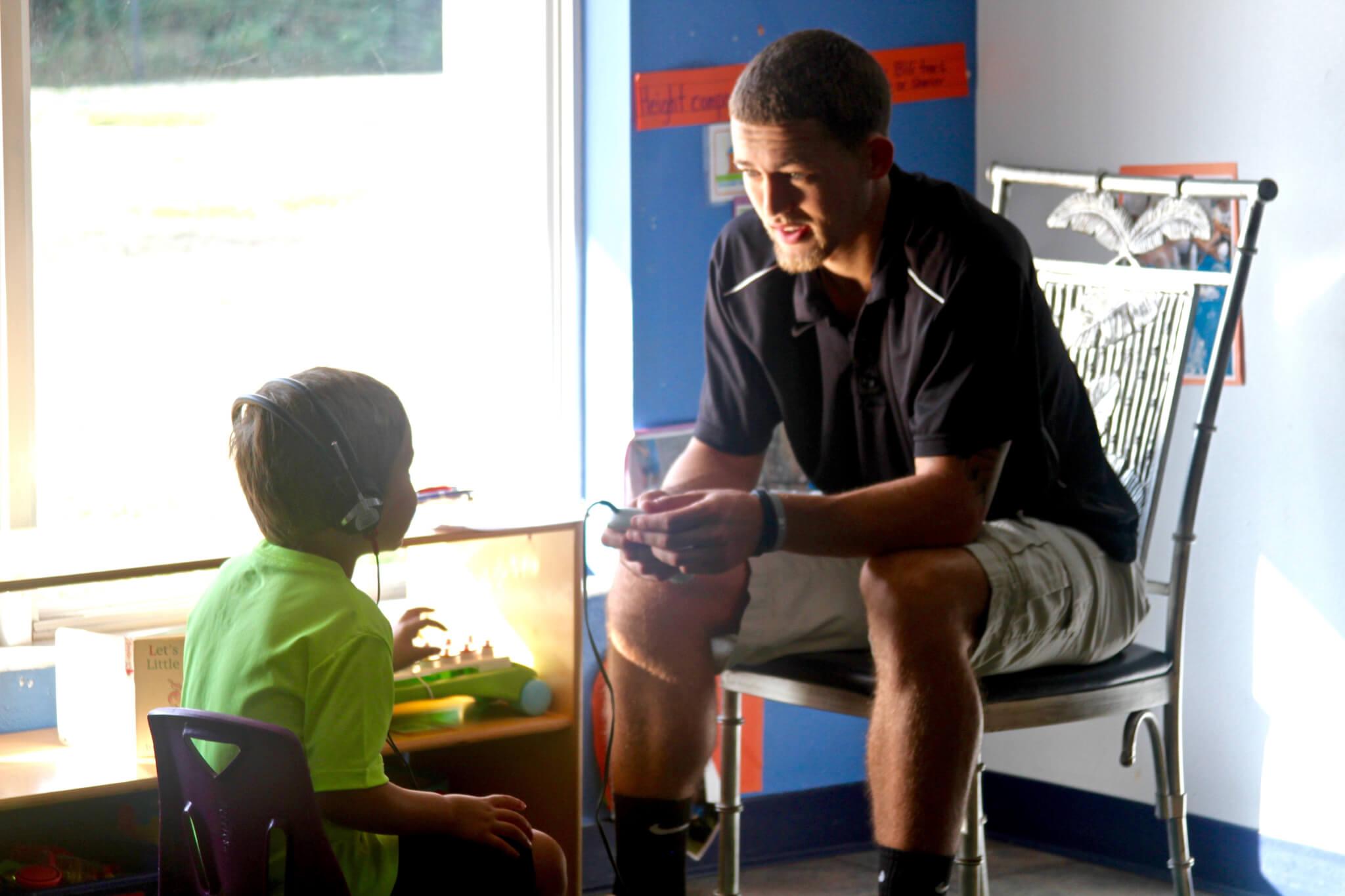 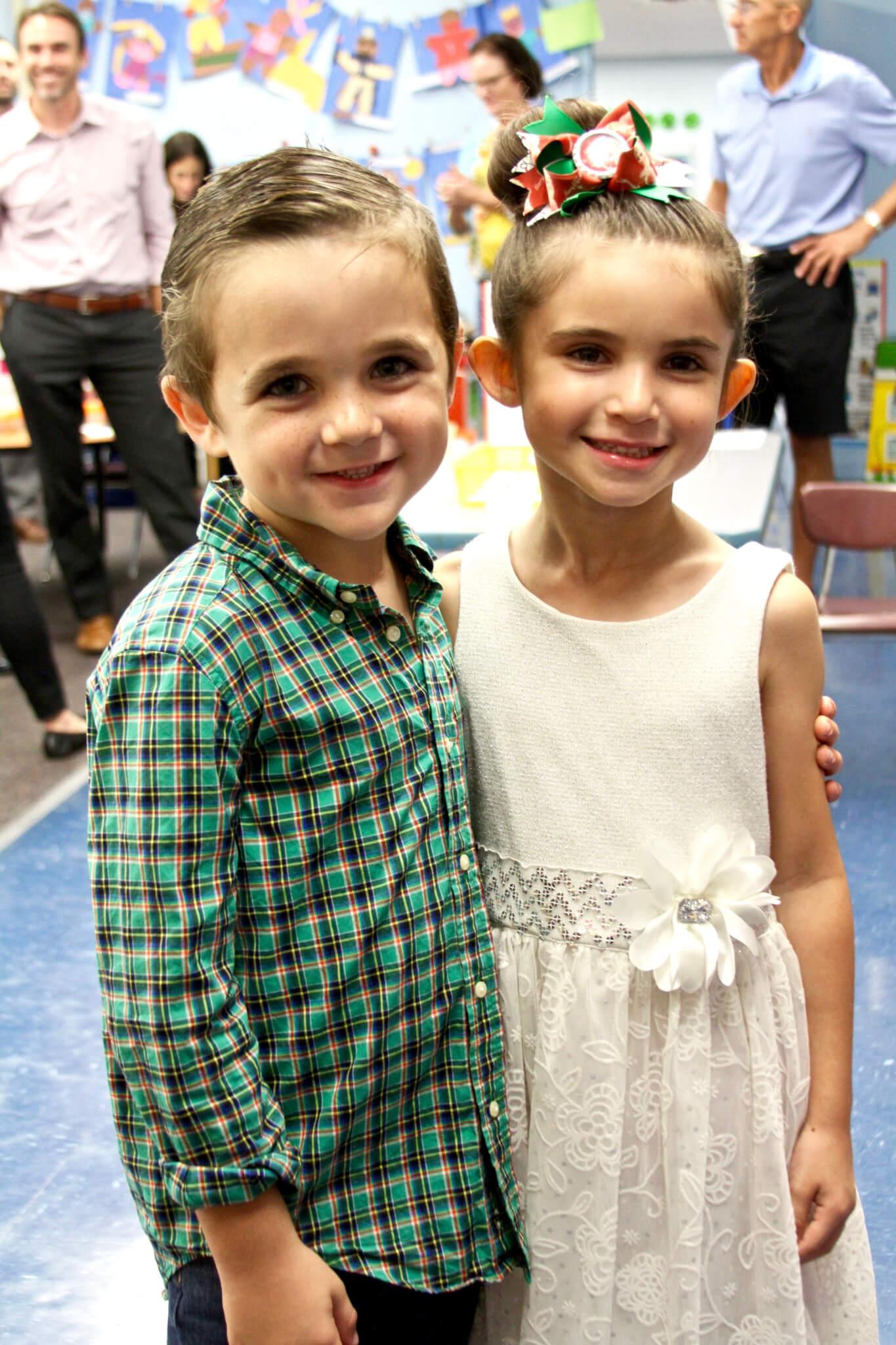 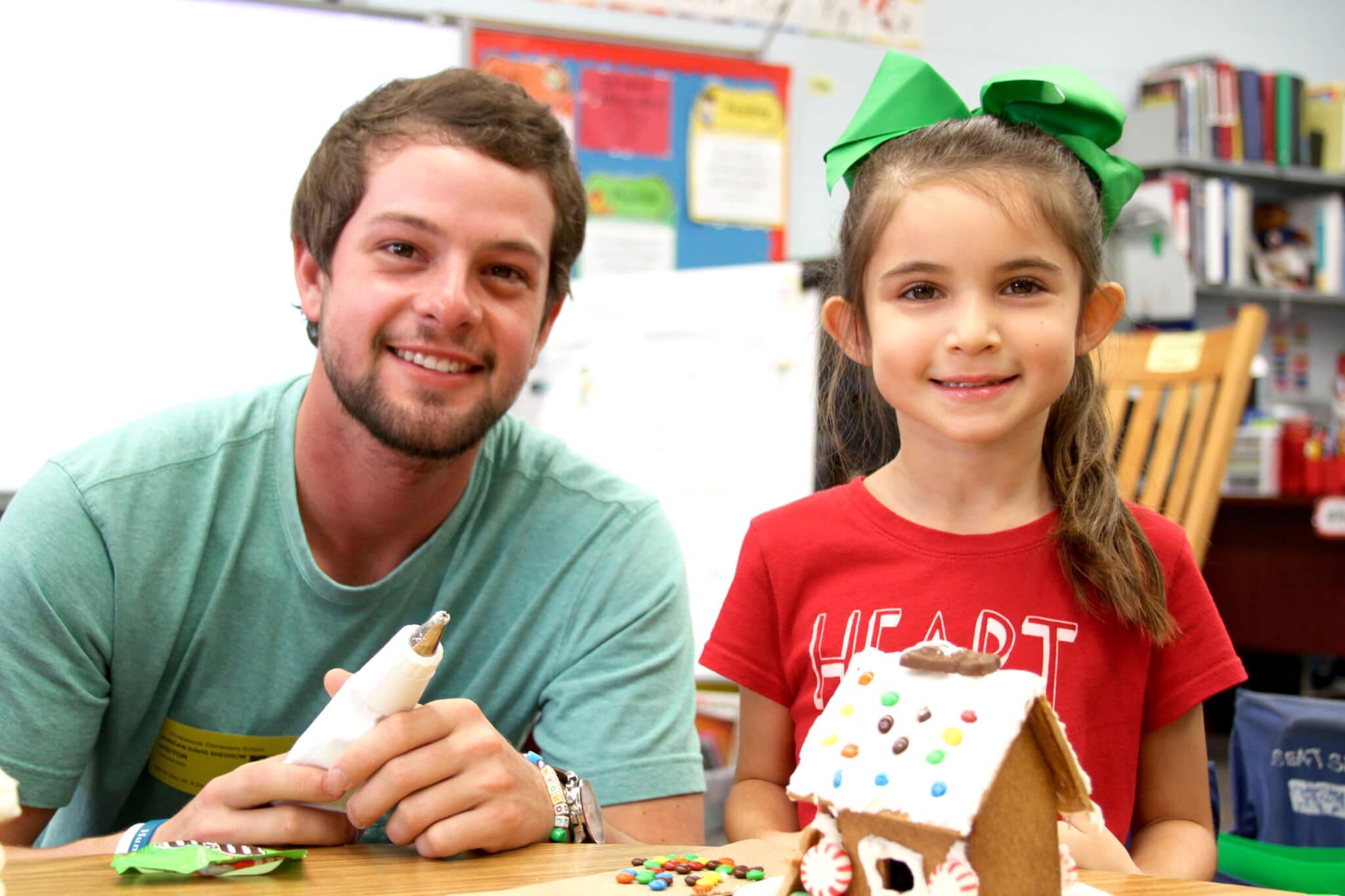 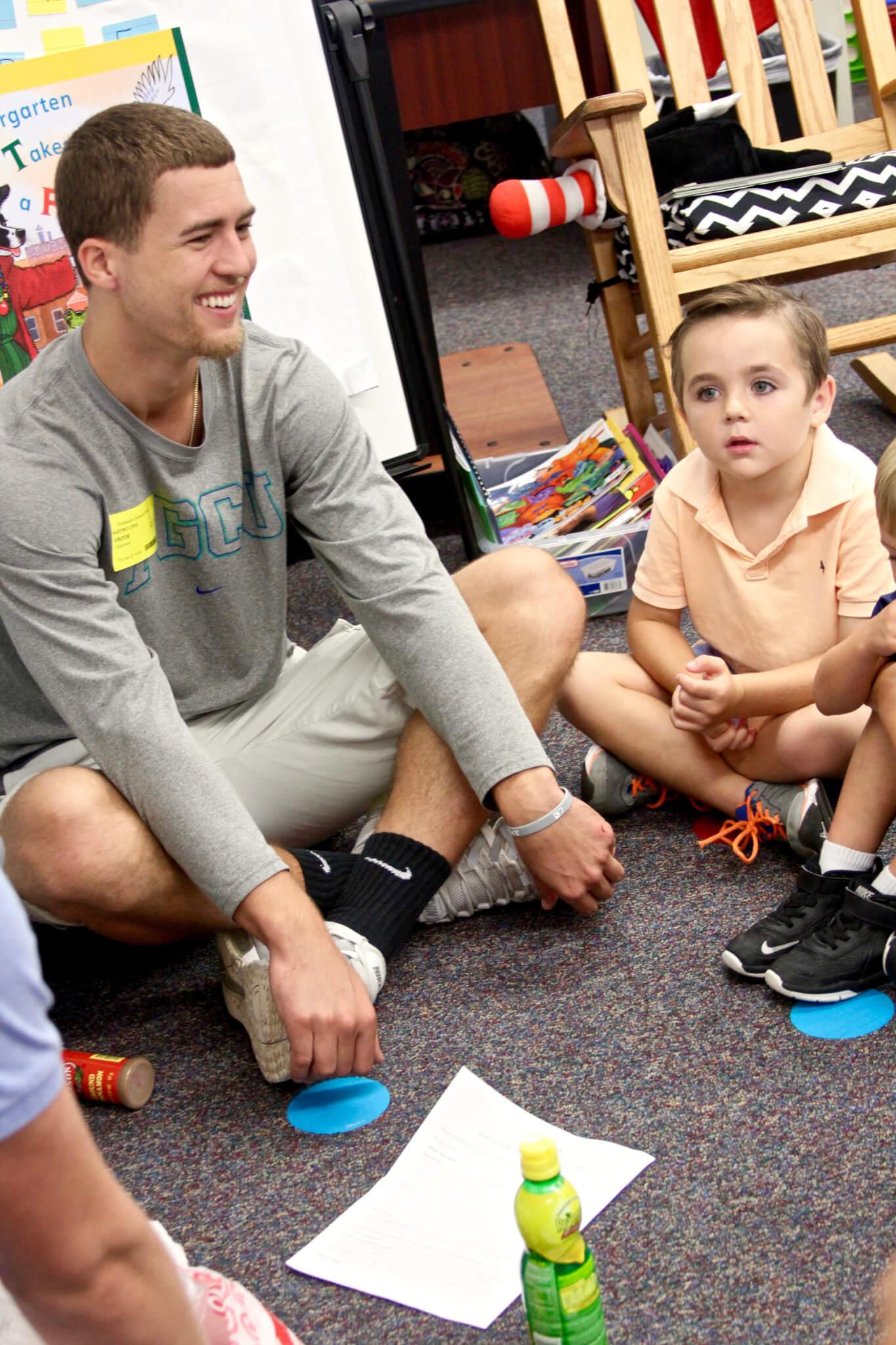 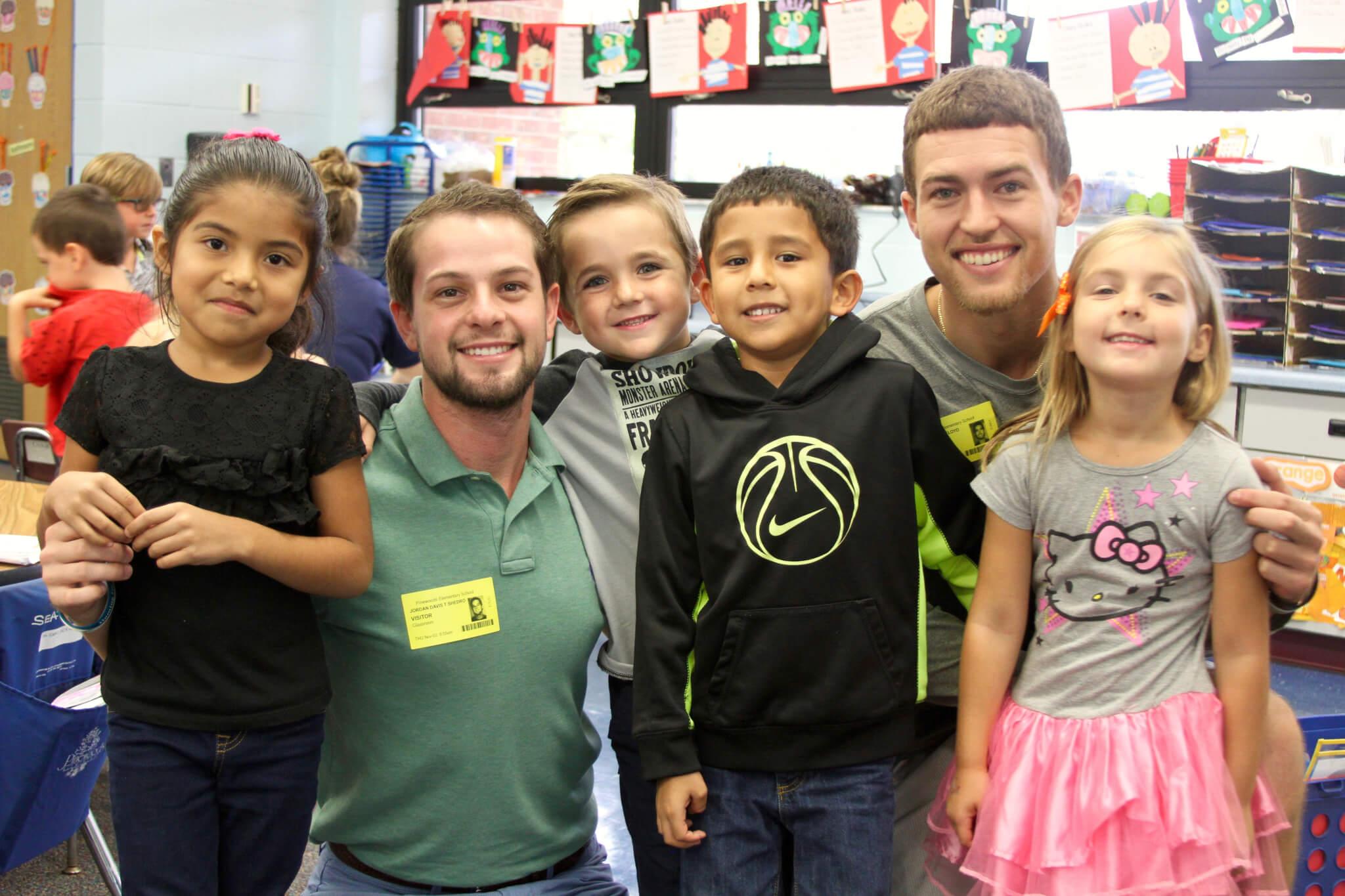 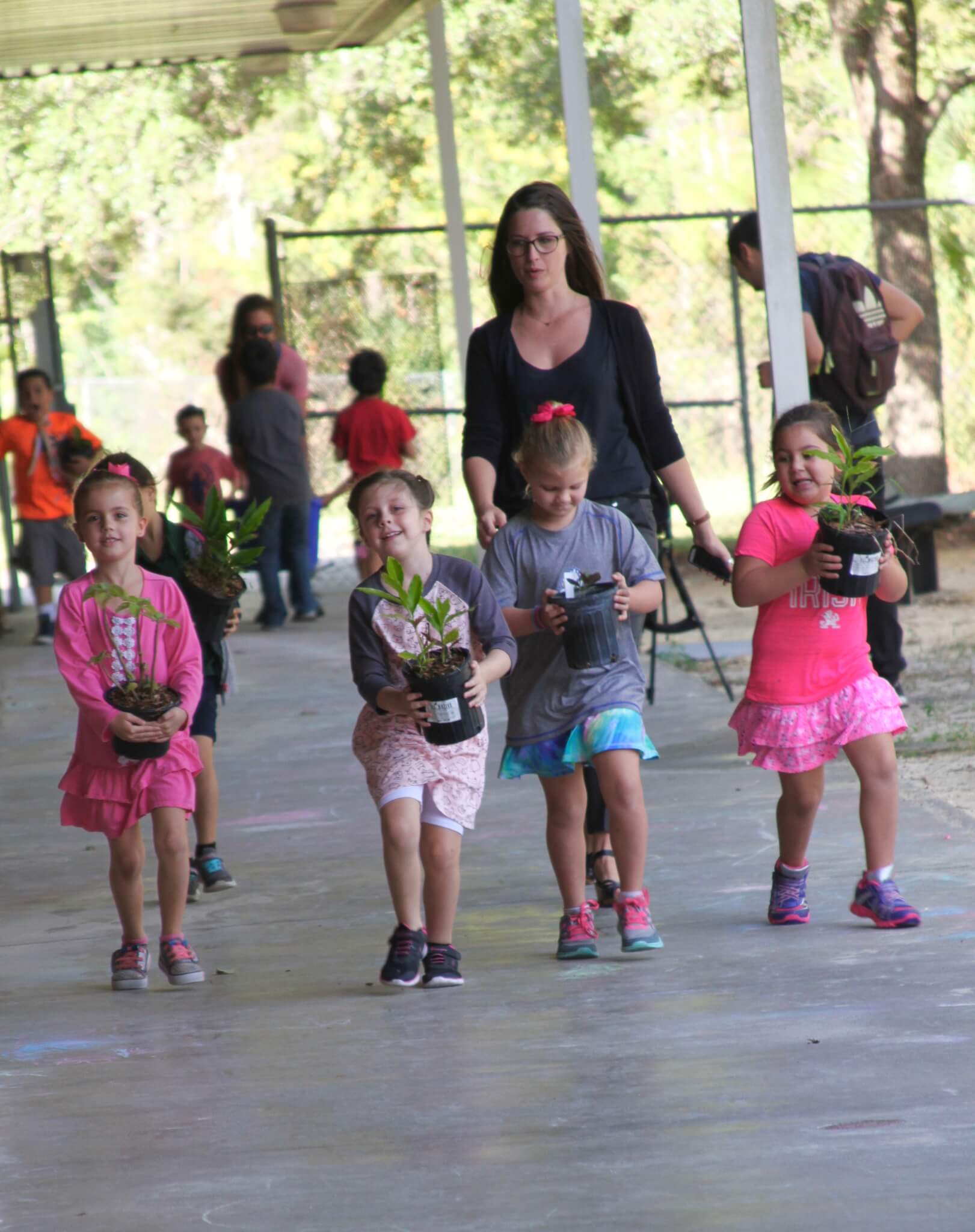 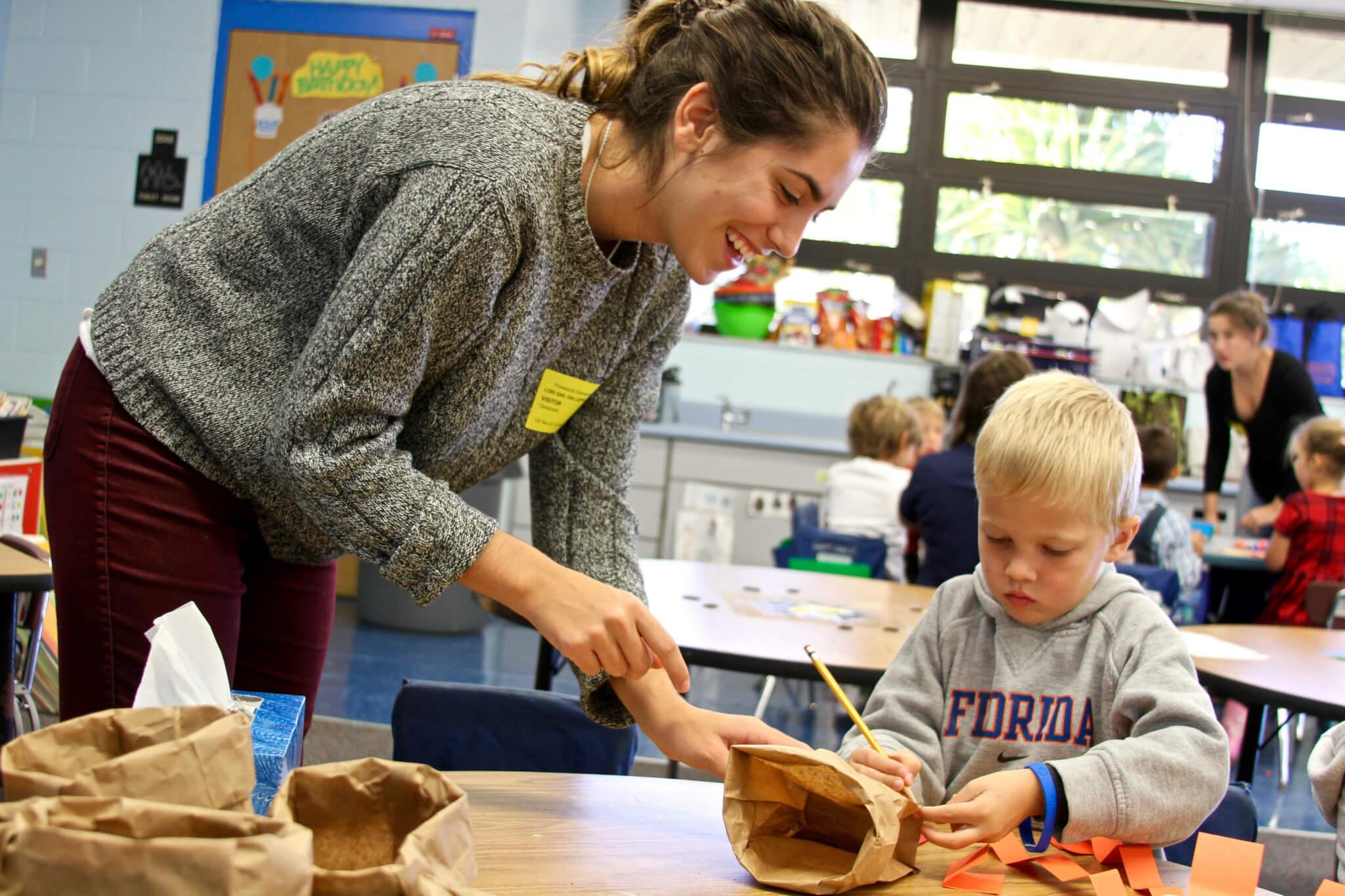