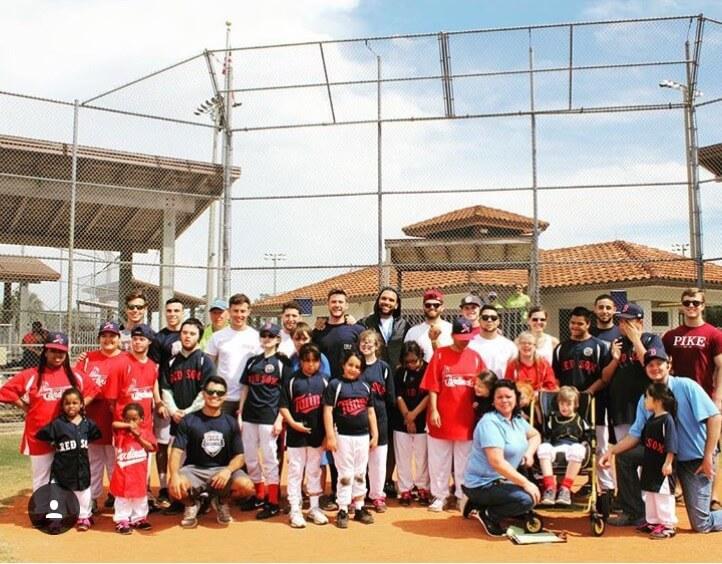 Challenger Baseball is a donation-based organization that allows children between the ages of four and 22 with physical and developmental challenges to play baseball. There are eight teams in total, with very similar rules to little league.

Rocky Barron, president of Challenger baseball, has been with the organization since 2003.

“We see kids come out to the first few games who are very quiet and not wanting to go up to bat and need their parents to coax them, but by the end of the season they’re out there, ready to go, knowing what they’re supposed to do,” Barron said. “One of the major benefits to the kids is the ability for them to assimilate and to know other kids and to know they are not alone.”

Pi Kappa Alpha helped out Challenger Baseball by assisting the staff, pithing, catching, covering the bases and interacting with the players.

Garrett Yates, an accounting major and community service chair, pitched the idea of volunteering with Challenger Baseball to his fraternity.

“It is a humbling experience and I wanted the members of my chapter to give back and to be humbled, too,” Yates said.

Yates has volunteered with the organization for four years and described a close bond with his friend, Shane, a player on one of the challenger teams.

“Whenever he sees me, he brightens up,” Yates said. “I’ve become close with his family. These kids’ parents are with them 24/7 and with us just being out here, it gives them a 5-minute breather, and you can tell they appreciate every second of it.”

In the future, the fraternity wants to hold a baseball night at FGCU that would let the players of Challenger Baseball attend one of the games and meet the players on the team.