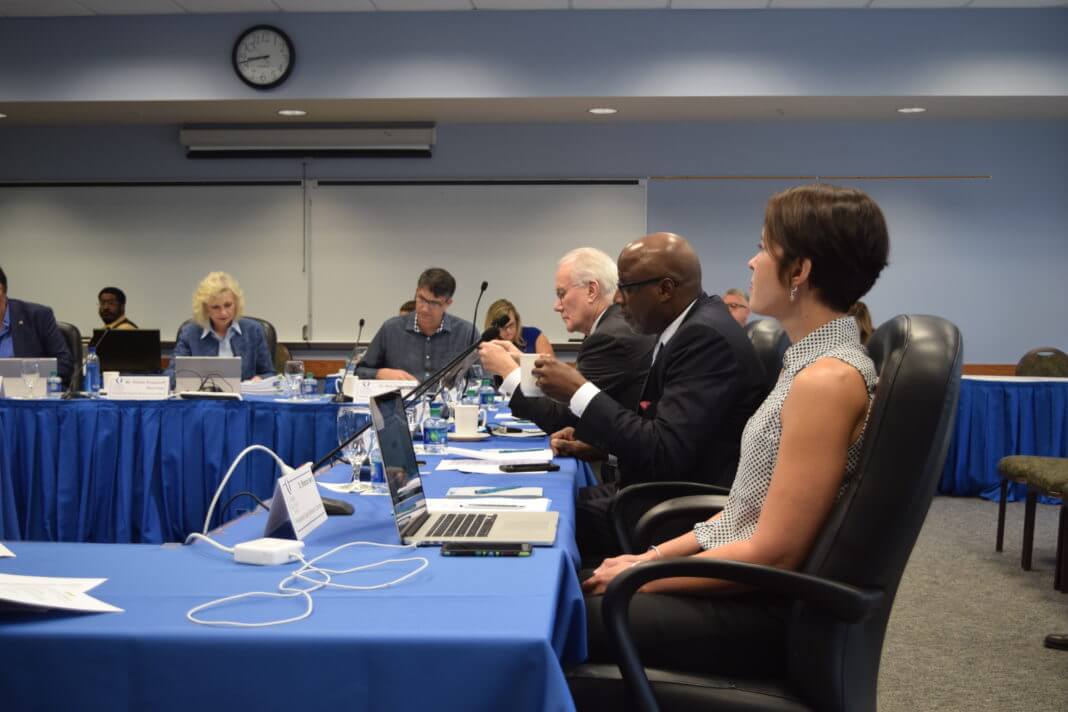 FGCU is one step closer to selecting a new university president, as current President Wilson Bradshaw plans to retire when his contract ends on June 30, 2017.

The interviews are open to the public and will be livestreamed online as well as recorded for future review. Both means will be available through the Advisory Committee website.

The interviews kick off at 9 a.m. with Virginia Hardy allowing an hour and 15 minutes of time, followed by Daniel Heimmermann at 10:30 a.m.

Day two looks fairly similar, starting interviews at 8:30 a.m. with former FGCU Dean of the College of Arts and Sciences Donna Henry followed by Roderick McDavis at 10 a.m. and then, at 11:30 a.m., Martin Abraham.

After a 12:45 p.m. lunch break, day two interviews will wrap up starting with Helena Wisniewski at 1:30 p.m. and concluding with Irma Becerra-Fernandez at 3 p.m. followed closely by Karen Whitney at 4:30 p.m.

Three final applicants will be chosen following the interviews.

On Friday, Dec. 9 the committee will present the applicants during the final Board of Trustees meeting of the year.

During the meeting, BOT members will then select Bradshaw’s replacement from the three final applicants.

Members of the Board of Governors will then approve the BOT’s decision during their two meetings on Wednesday, Jan. 25 and Thursday, Jan. 26.