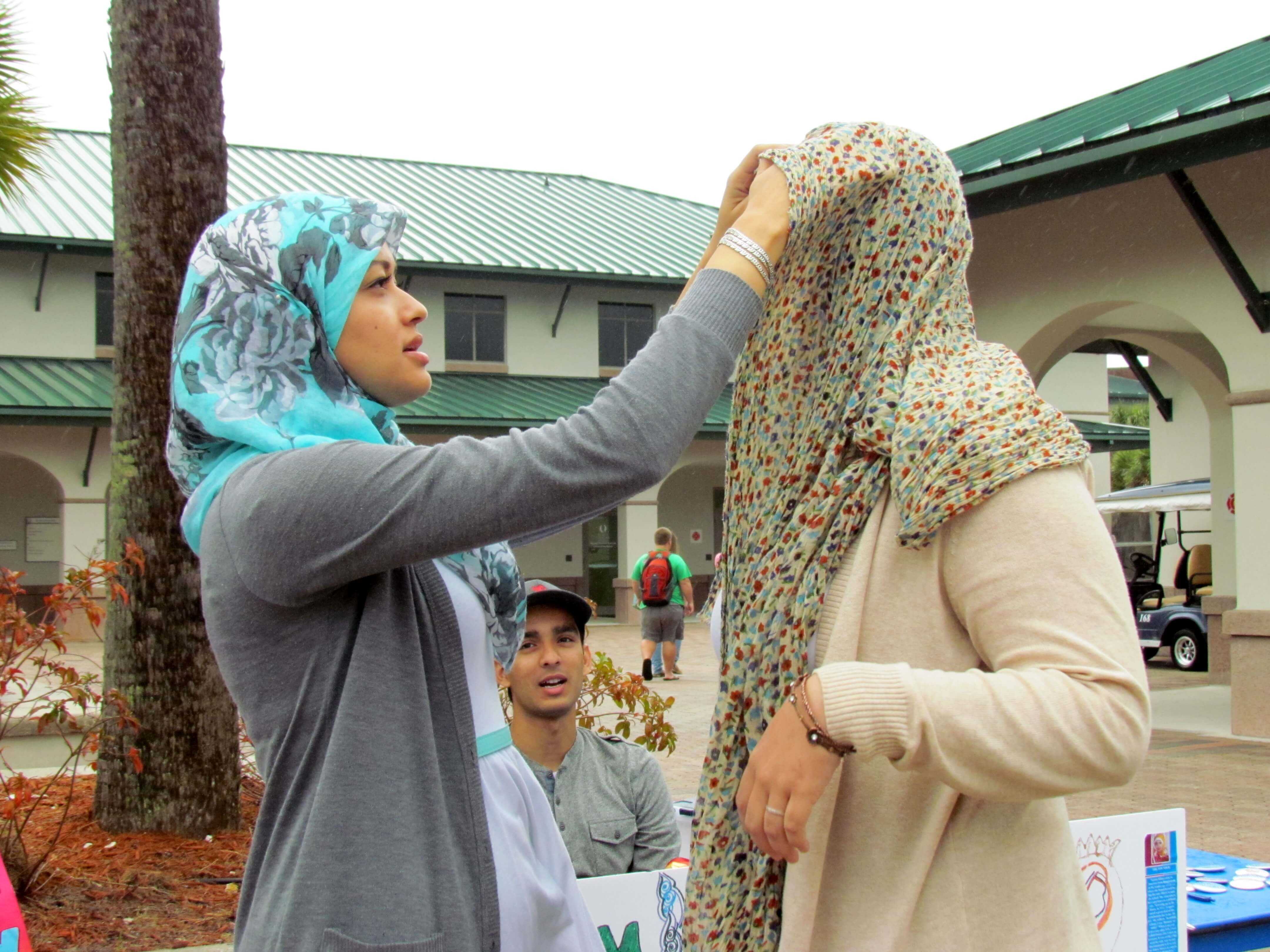 Sometimes it’s difficult to take a walk in somebody else’s shoes, but for Florida Gulf Coast University students who participated in World Hijab Day, wearing someone else’s clothes was possible. While the event takes place worldwide Feb. 1 every year, it was held by the FGCU Muslim Student Association on Monday, Feb. 2.
“We had 15 scarves that girls could come and try on,” said Diana Ahmed, a senior and member of MSA. MSA members helped students who walked up to their table in Student Plaza put on a hijab and asked them how they felt about wearing it.
“A lot of them thought the hijab was a symbol of oppression,” Ahmed said. “They were surprised that it was really comfortable and that wearing it is a personal choice.”
About 25 students participated in the event. Ahmed filmed a short video of students trying on scarves. In it, several students commented about how comfortable they felt in the garment.
“In the United States, women are just so open and flashing their bodies, I think it’s really beautiful to be covered and still have such self esteem,” said one of the participants featured in the video.
“I feel almost protected,” said another student in the clip.
A third student said in the video that she was surprised by how normal the scarf felt.
“I wasn’t really sure how I’d feel wearing it. I thought, especially without showing your hair that it’d feel weird but it’s actually really comfy. It feels really normal … not constricted or anything like that.”
Ahmed, who is a practicing Muslim, does not always wear a hijab. “There are some Muslims, like myself, who don’t wear it. I wear it when I pray, but it’s a personal choice,” she said.
The Muslim Student Association has about 15 active members. According to Ahmed, the goal of the association is to teach about the religion of Islam and be a place for interested students to learn more about Islam. To get involved, visit the group’s Facebook page, “MSA @ FGCU.”