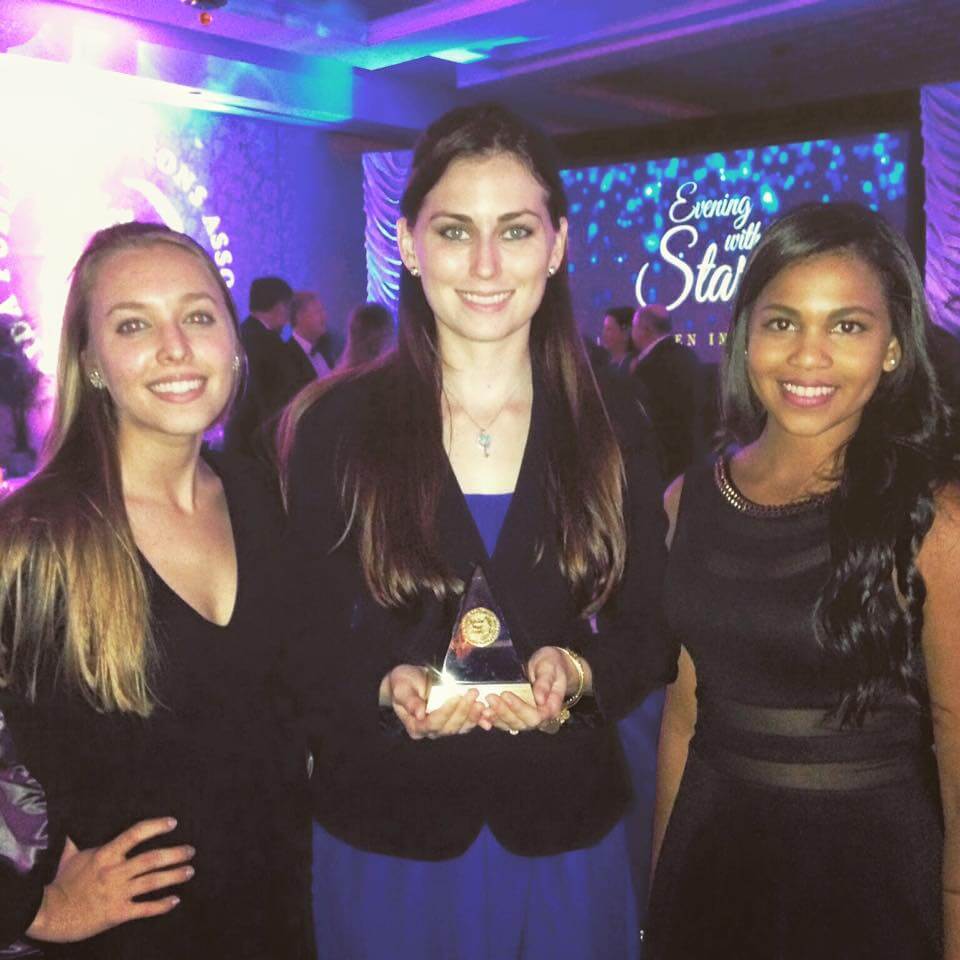 Last year was the first time the FGCU chapter of the Florida Public Relations Association decided that it wanted to apply for awards. A year later, the RSO is already being recognized for its successes throughout the state.

The FGCU RSO recently brought home a Golden Image Award from FPRA’s 77th annual conference in Orlando in recognition for the PR, Marketing, and Advertising Internship Fair that the organization hosted at FGCU last year.

“Last year was a fabulous year,” said FPRA adviser Pamela Nulman, who is also a PR instructor at FGCU. “It was also incredibly successful from a business perspective. The businesses shared that they were excited to meet students upfront and a number of them were offered internships.”

The RSO, which has about 50 active members, held the internship fair last year that included 25 businesses that attended looking for student interns and 55 students looking to become those interns. The internship also featured a professional photographer who took free professional headshots for students’ resumes.

Nulman says that businesses thought the event was so successful that many of them have plans to come back.

“We’re hoping to get more visibility this year,” said Molly Nurczyk, the FGCU FPRA president. “A lot of students don’t know about FGCU FPRA, but it’s so beneficial to people to come out because it’s a great way for students to talk to local professionals. We offer so many opportunities for students to help them succeed even after college.”

Following a successful internship fair, the RSO plans to make it an annual event.

FPRA’s second annual internship fair will be held from 6 p.m. to 8 p.m. Oct. 1 in the Cohen Center Ballroom. Attendees do not need to sign up in advance, but do need to come dressed in professional attire with resumes.

The FPRA chapter meetings are held from 6 p.m. to 7 p.m. Mondays and will begin Aug. 31. The meetings include free pizza and drinks to attendees.

The RSO encourages interested students to check the RSO’s social media feeds for an updated location of the meetings.