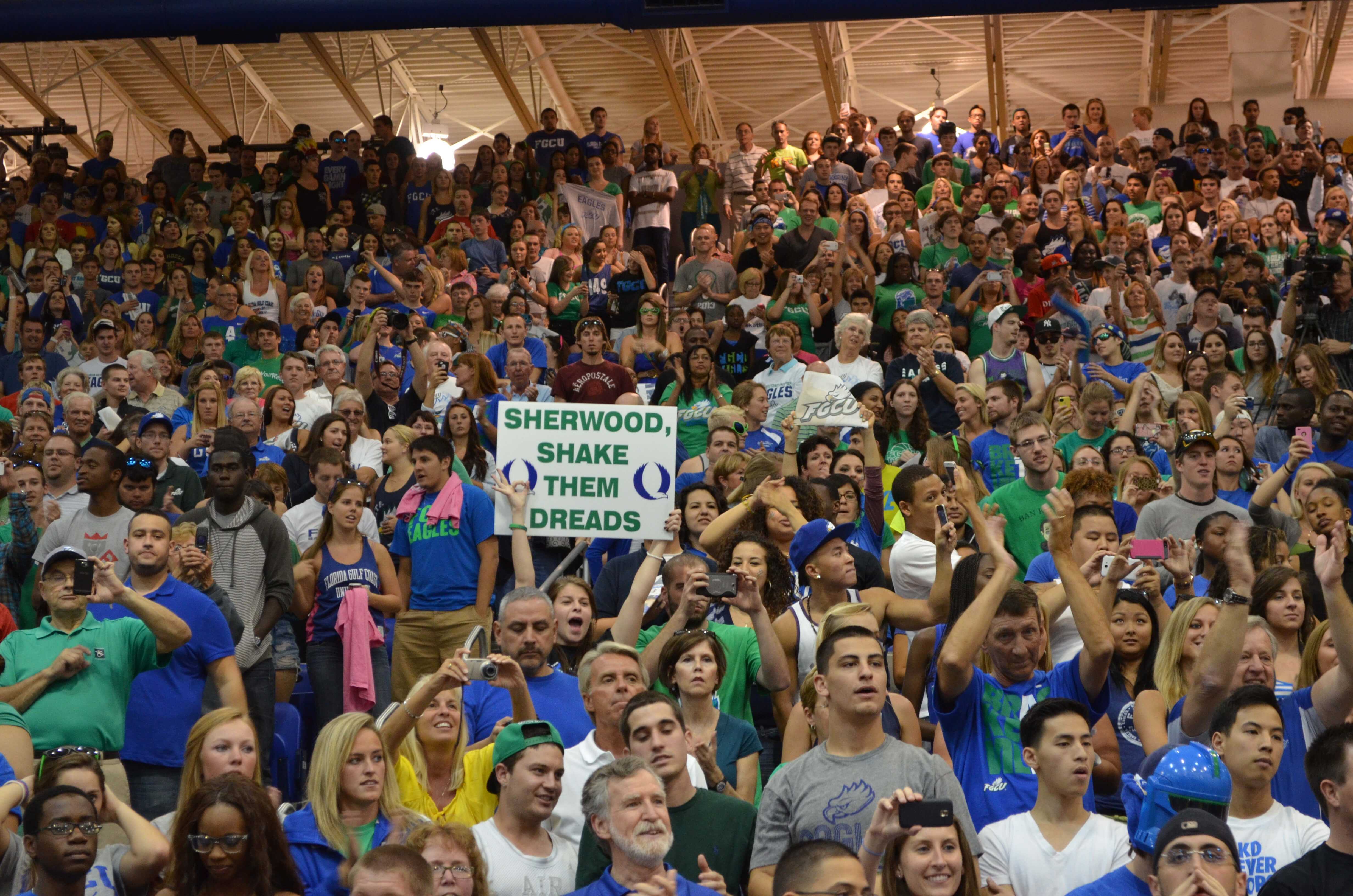 It hit the newswire recently: If you would have told me a year ago that I would be sitting in a loud sports bar and grill with my family rooting for any basketball team, I would have called you crazy.

I am not a sports fan. I understand the games, and I see some benefits, but they just aren’t for me. However, on March 22, my family and I just so happened into Woody’s Surfside Island Rum and Grille to try it for the first time, since we live nearby. I had no idea that the FGCU men’s basketball team was playing until about five minutes into our dining experience.

Half-time was just ending and FGCU was up by just two points against Georgetown. Being a basketball novice, I hadn’t fully grasped the accomplishment. But as FGCU scored again the entire restaurant vibrated with cheers and applause and whoops and yells. I looked at the place – this was not a college hangout. About 35 minutes away from the FGCU campus in a sleepy section of Cape Coral, Eagle pride was bountiful. It was at this moment that I realized something truly special was happening for the 14 young men who represent FGCU and the six coaches who are helping them along. The “Cinder-Eagle story” it has been called. Where do these Eagles hail from? Why, Dunk City, of course.

This run to the coveted Final Four and NCAA Championship is having an effect on southwest Florida far beyond the scorching of brackets. It’s creating the sense of community that the school has always tried for but never fully achieved. It makes students, alumni and residents of the area stand up tall and say, “Yes, I know FGCU could do this. We may be young, but we are a force to be reckoned with.”

It was that pride that took us back out on Sunday to watch this school everyone had written off make history by being the first 15 seed to make the Sweet 16 – ever — and the first to make it in its first year of eligibility. The players have become the rock to a community that had been clinging to thin air for so long. Their performances have been awe inspiring, and their personal stories just as powerful. This is what makes for good sports. It’s the primal force, not millions in contracts or petty squabbles or dope-laced scandals that keep us non-sports fans away. This is how passion and excitement-fueled gladiators bridge divides, capture our attention and hearts and hold them close for inspiration.

SportsCenter said the Eagles made the game fun again with their high-flying risky playing style. Sherwood Brown was named ESPN’s player of the week. Brett Comer was credited for passing an underhanded alley-oop to teammate Chase Fieler, which was dubbed the “Alley-oop heard ‘round the world” by ESPN’s Dana O’Neil. The Eagles are magnetic, electric. They embody hometown pride. We are not worthy.

Linda Royce, a senior majoring in education, said she is “so proud of her school and how hard these guys have worked.”

I couldn’t agree more. Pride has filled this grouch’s heart, and it has swollen two times its size. Lisa Paige, a recent alumnus (2012) and current FGCU employee, said: “A friend turned my TV to TNT, and I got caught up in Eagle Pride. It’s somehow different when you actually walk the same campus as the youngsters you see playing their hearts out. Gives you a true understanding of ‘If you’re not an Eagle then you must be prey.’”

You are our team. We are Eagles. We hail from Dunk City.