A group of guys, turned into a band of brothers 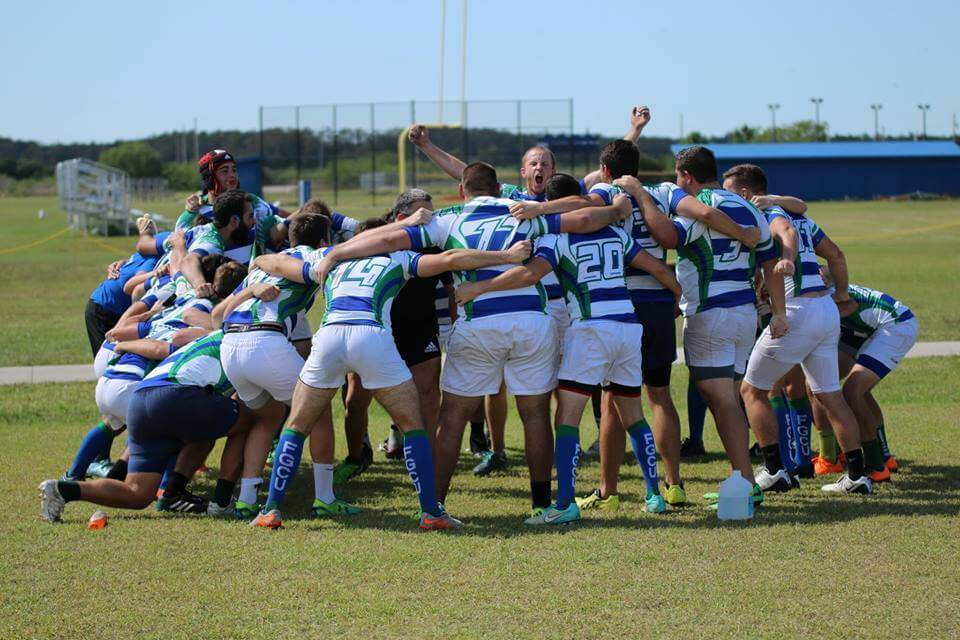 Beyond sports, there is always a sense of respect amongst teams. However, the FGCU men’s rugby club takes respect to an entirely new level.

Earning the rookie club of the year award in 2011, the organization is currently performing at their best level with a record of 3-1.

Despite having new, unexperienced members every season, the team works hard to teach the sport to budding athletes.

“We’ll gladly teach anyone how to play,” FGCU club rugby president Blake Samaha said. “If you come to practice and put in the effort, you’re worth being put on the team and playing.”

Because FGCU does not have a football team, the club gets many members that played football in high school. This experience leads new players to love the sport and want to compete and travel to every game and tournament.

“In high school I ran track, so last year was my first year ever playing,” sophomore forward Anthony Giuffreda said.

However, before the team is able to travel, weeks and weeks of practice and preparation are needed in order to come out with a victory.

“We have practice every Tuesday and Thursday late at night from 8-10 and 9-11, and on Wednesday we have conditioning from 9-11,” Giuffreda said. “Saturdays are game days so we either have practices or a game every week.”

With the rules of the sport being foreign to most, the team works hard to teach their players the correct skills.

“It’s a very technical sport,” Samaha said. “Offense is defense because it switches all the time, so you have to know how to deal with that. Tackling is really technical too. It’s like wrestling at high speed.”

Fortunately, the team is well-equipped. With the help of veteran players and coaches that used to be former players, the team is able to perfect these technicalities.

The team’s coach, a former club member who started the organization in 2011, is also the treasurer of the men’s rugby team in Southwest Florida, the No. 1 Florida Rugby team, the Naples Hammerheads.

These two teams get together often to scrimmage each other in preparation for games.

The team also partners with the Naples Hammerheads to hold their own tournament on Aug. 5, called the Barefoot Beach 7s Rugby Tournament, which is played on Fort Myers beach.

This tournament brings in every team from Florida and many teams from around the country to face off with each other in a competitive-yet-fun atmosphere.

Watching the game, one may only see the aggressiveness and intensity of the sport. However, the rugby world is a deep web where players treat each other like brothers at the end of the game.

“Rugby is such an aggressive sport, but at the same time there’s a level of mutual respect between players,” Guiffreda said.