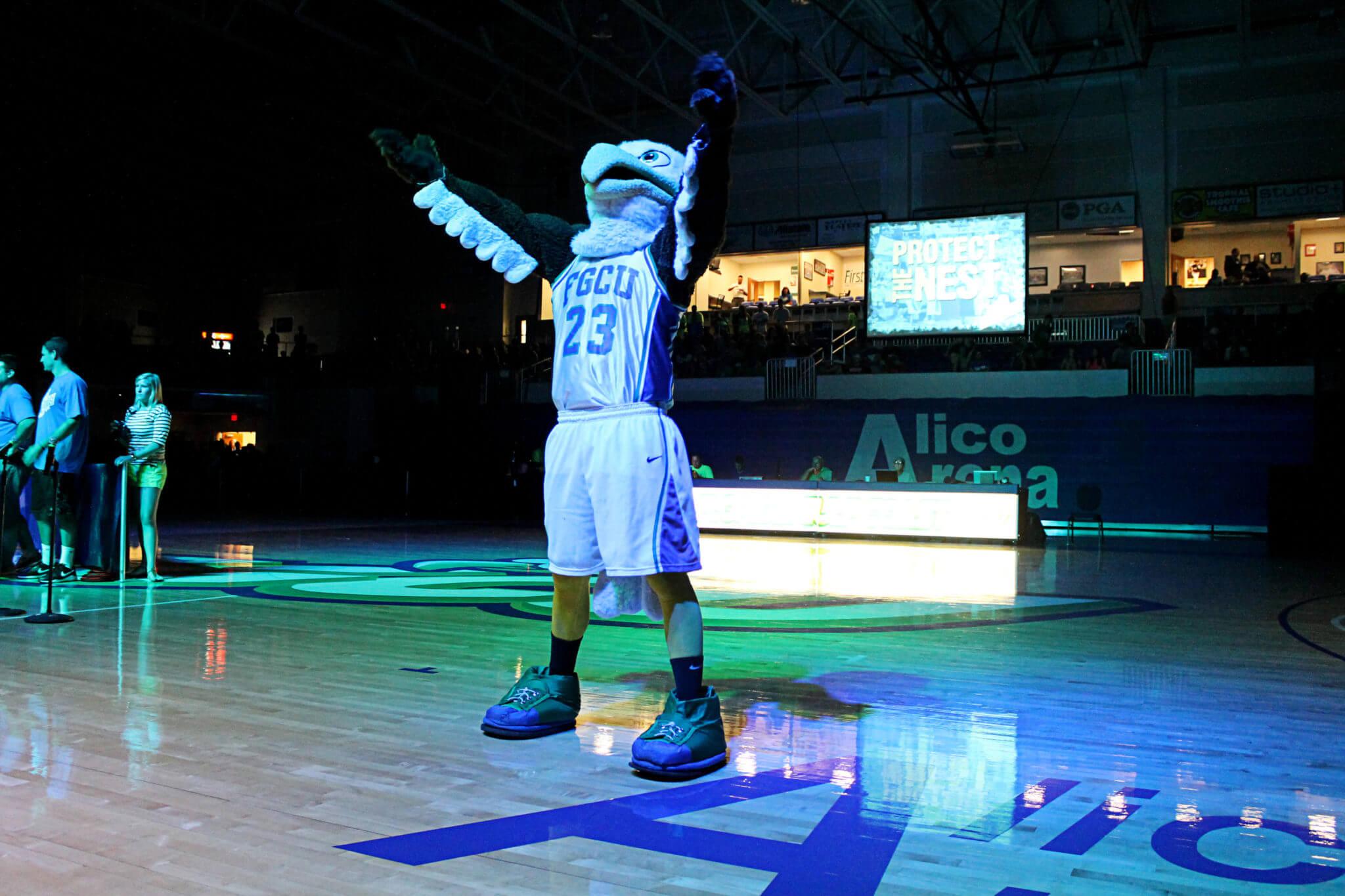 Florida Gulf Coast University has a new champion on campus. Mascot Azul the Eagle has now been victorious in back-to-back Atlantic Sun Mascot Cups. The competition puts each mascot from the Atlantic Sun into a tournament formatted similar to that of the FIFA World Cup from just a few weeks ago. The way for a mascot to win was to get enough votes by fans on social media such as Facebook, Instagram and Twitter.

This year’s cup was not an easy feat for Azul, who was trailing up to 10 a.m. on the final day of voting. Azul had one loss in the tournament which came from Scrappy the Owl of Kennesaw State University. Coincidentally, Azul got a second chance at Scrappy the Owl in the championship round of the tournament.

As the final six hours of voting commenced, Azul made his final push for the win behind the fans on Twitter and Instagram. The Eagle in green and blue had been leading the votes on Instagram and Facebook the entire match-up, but was behind in total votes due to Scrappy the Owl’s large amount of votes on Twitter.

Azul was able to take the lead with only two hours left for voting. Eagle fans didn’t stop there as they accumulated close to 30,000 votes in the final hours before the polls closed. Last year, the tournament saw just 19,017 votes total while this year’s cup had over 200,000 votes throughout its few weeks. Throughout the tournament no other mascot achieved close to 1,000 votes on Instagram other than Azul who broke 1,000 three times including more than 2,000 votes in the final round against Scrappy the Owl.

Last season, Azul won the cup over Northern Kentucky’s Victor. E. Viking with a total of 5,844 votes in the championship round. This year the margin between the two mascots in the final round was larger than last year’s total. Azul finished with 85,457 votes against Scrappy the Owl’s 70,656 votes.

Azul the Eagle fans’ final push was the difference maker in the competition. Over the final six hours of the tournament Eagle fans were voting at a rate of 145 votes per minute. Azul led in all three categories when voting was over to claim the championship. No other mascot has multiple Atlantic Sun Mascot Cup wins and continues at the top as the Most Valuable Mascot in the A-Sun. The growth of Dunk City has brought fans not just to Fort Myers to support Azul and the Eagles, but also to the Atlantic Sun as a whole. Azul’s win was a great way to start to the year for FGCU athletics and hopes to spark some momentum leading into the fall semester.