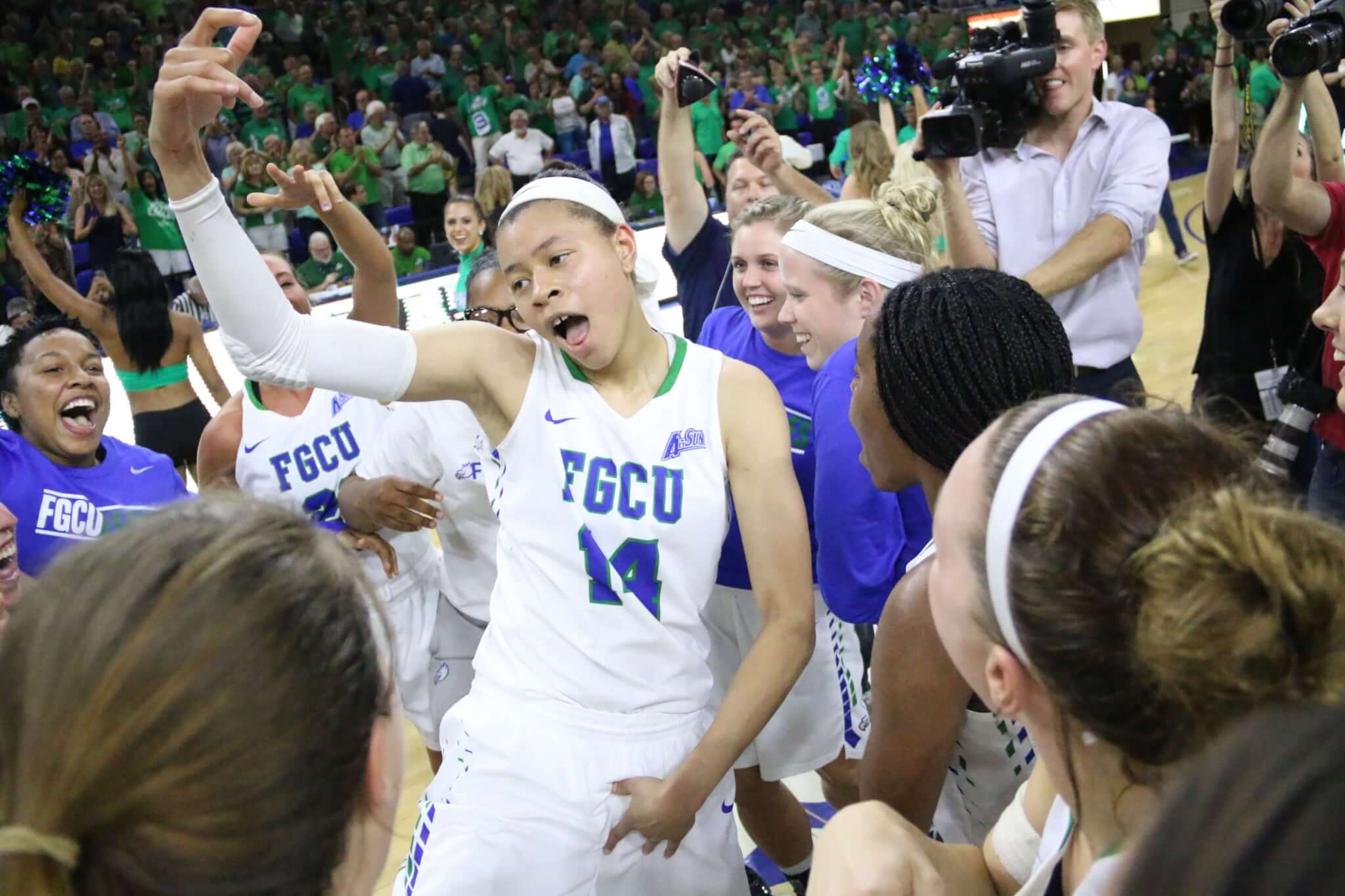 The FGCU women’s basketball ended its season with a loss Saturday night in the WNIT Championship game in South Dakota.

The Eagles fell to the South Dakota ‘Yotes 71-65 in the DakotaDome’s final basketball game in Vermillion, South Dakota. The loss comes after a historic run in the WNIT where the Eagles advanced to the championship final of a post season tournament for the first time in Division I history.

“We have nothing to hang our heads about,” said FGCU senior Whitney Knight. “We beat so many great teams — we beat Michigan at home for our last game which was huge for us — we fought so hard and of 64 teams in the WNIT, we were one of the last two.”

FGCU entered the WNIT after being snubbed for the expected at-large bid in the NCAA tournament following Jacksonville upsetting FGCU, earning the league’s automatic bid, in the Atlantic Sun Tournament. In the WNIT was the only team in the tournament to boast consistent double-digit wins through three rounds.

“I think that shows how reliant our team is,” Knight said. “We faced a lot of adversity this year, I was injured, we lost a couple games and we lost the A-Sun tournament. (Not getting the at-large bid) was definitely motivation in the WNIT.”

FGCU’s season comes to a close along the collegiate basketball careers of eight seniors with a program-best 33-6 record.