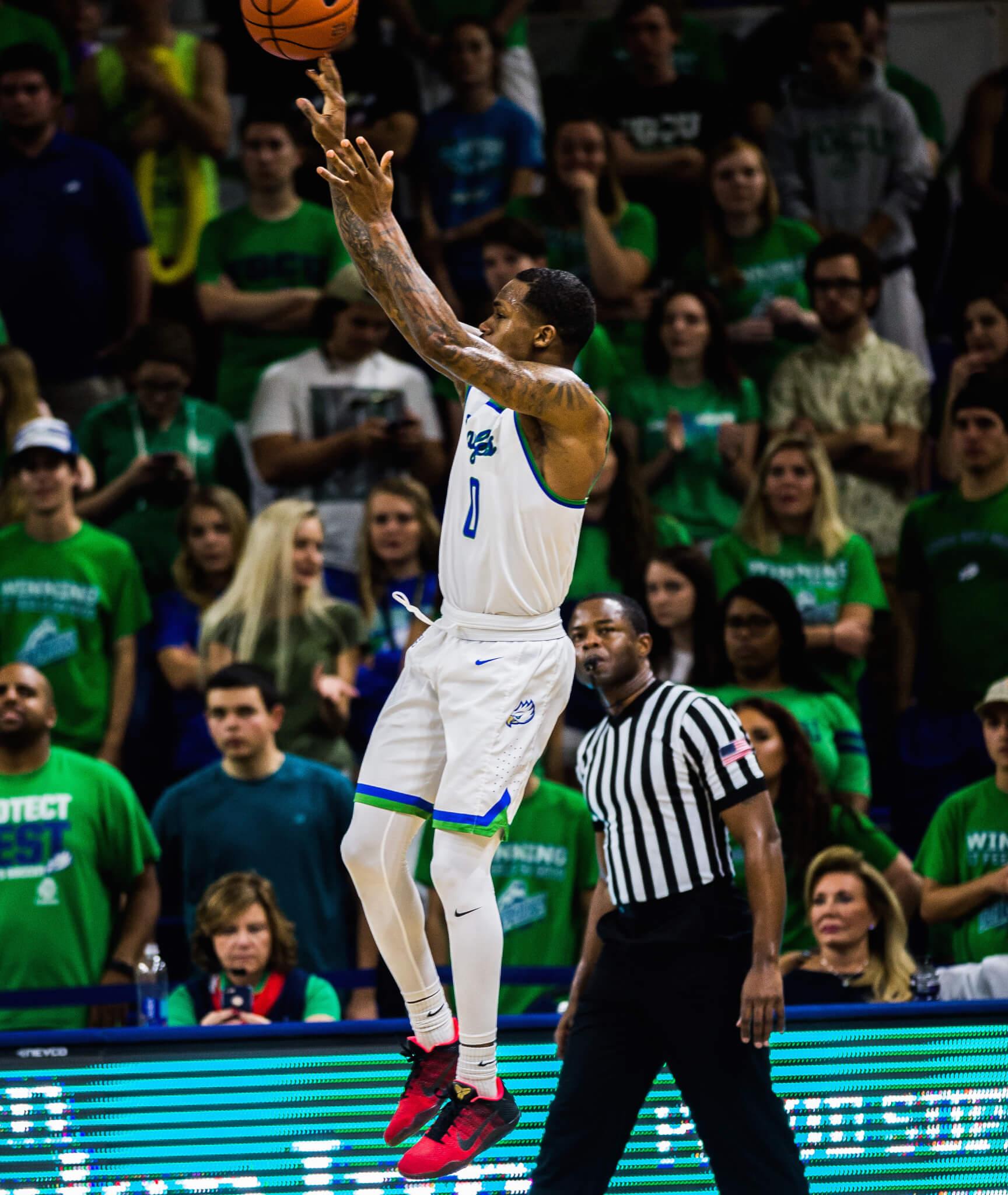 Coming into a matchup against UNF in a three-way tie with the Ospreys and USC Upstate, Brandon Goodwin hit his third game-winning shot of the season to propel the FGCU men’s basketball team past UNF as they moved to the top spot in the ASUN following the Spartans loss to Lipscomb.

With the game tied at 80 with 34 seconds left, Zach Johnson drew to defenders at the wing and found Goodwin wide open on the baseline, as he knocked down his only three pointer of the night to give the Eagles a late lead.

On the ensuing Osprey possession, FGCU double-teamed UNF’s leading scorer Dallas Moore, who finished with 32 points, forcing him to pass the ball but Goodwin cut off the passing lane, made the steal and converted a layup with three seconds left to put the nail in the coffin for the Eagles seventh road win of the season.

In a battle of the top-two preseason favorites, the high scoring affair saw the game get knotted up four times in the final four minutes of play.

“It was a terrific college basketball game,” FGCU head coach Joe Dooley said to FGCU athletics. “Every time we tried to make a run, they would have an answer and then we would have a run of our own. Both teams made plays when they needed to make them, and thankfully for us we made those plays when they mattered most.”

Returning to his hometown of Jacksonville, Christian Terrell led a quartet of double-figure scorers with 17 points while Goodwin finished with 16 on the night. Forwards Marc-Eddy Norelia and Demetris Morant both finished with 12 points, while Norelia snatched eight rebounds and Morant grabbed six.

Sharing either the ASUN regular-season title or ASUN tournament championship every year since 2012-13, the contest saw the lead change hands 16 times while the game was tied up 16 times. With neither team leading by more than seven points, the Eagles lead for 16:43, while UNF led for 13:59 with the game tied for 9:18.

Committing a season-low eight turnovers and finishing with a 21-11 advantage in points-off turnovers, the Eagles shot 47.6 percent from the clip as they moved to 5-1 in ASUN play.

FGCU will now head back to Fort Myers, to face JU on Saturday at 7 p.m.  In the final game of a double-header with the FGCU women’s basketball team, the Eagles welcome a Dolphins side that is fresh off of a 103-92 victory over Stetson.