Dooley no stranger to being No. 16 seed facing top-seeded UNC 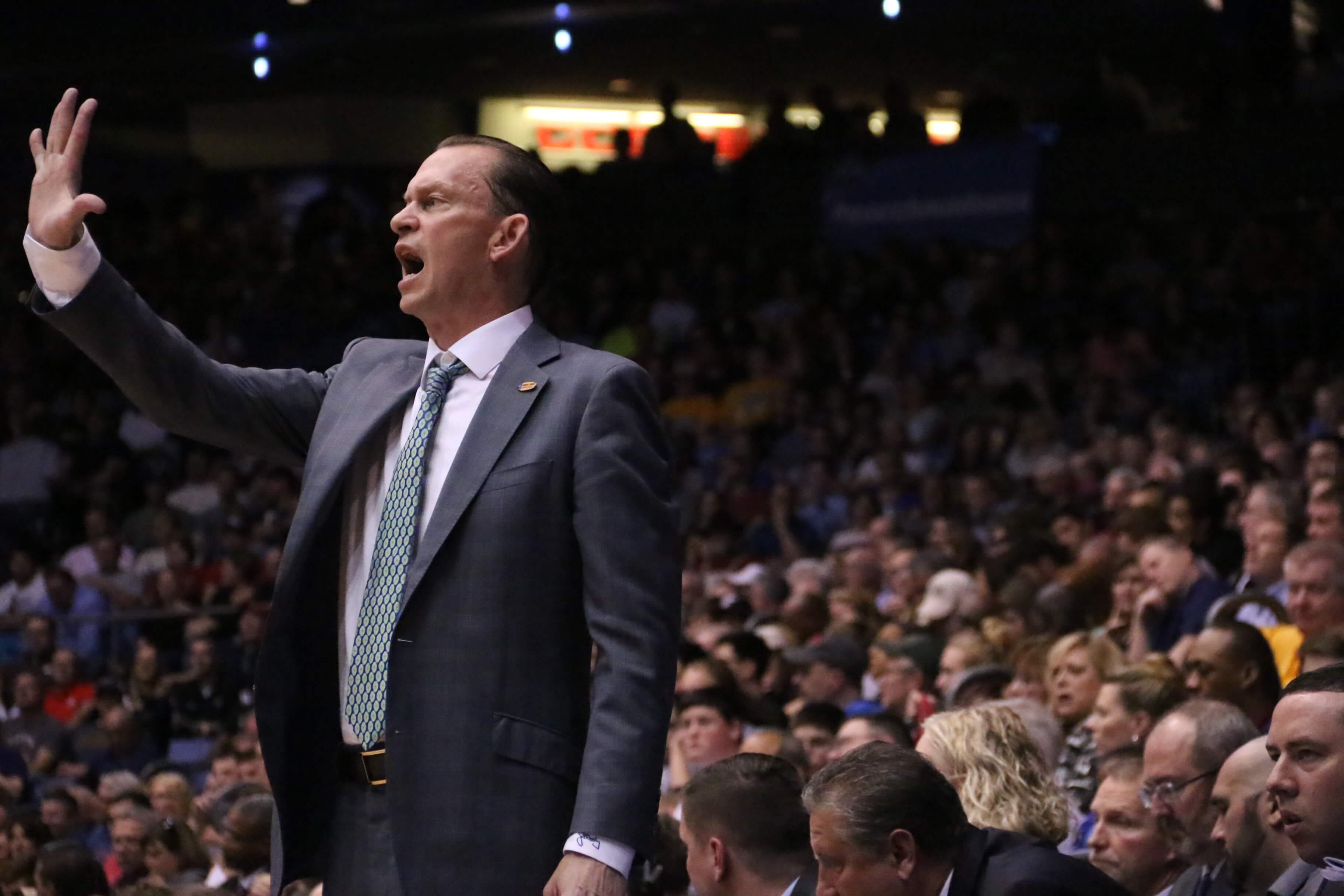 Joe Dooley has been here before.

The three-year FGCU men’s basketball head coach knows what it’s like to be a No. 16 seed taking on No. 1 North Carolina. Except this time, he’ll do it as a head coach.

Twenty-two years ago, Dooley, who was an assistant head coach with East Carolina University at the time, went to the NCAA tournament with the Pirates, a No. 16 seed, in their first NCAA tournament appearance in more than 20 years.

The Pirates fell to the top-seeded Tar Heels, 85-65, in the round of 64; UNC went on to claim the program’s third championship over Michigan.

Two years later, Dooley would take the head coach position, leading the program to a 57-52 record over four seasons. In 2003, Dooley joined the Kansas coaching staff under Bill Self for the next decade, where the team made 10 tournament appearances and earned its third title in 2008.

Now, riding on his first NCAA win as a head coach, Dooley will once again lead a No. 16 seed and face No. 1 North Carolina in the round of 64. This time, he’s the head coach trying to make history.

Dooley was named by ESPN just a few months after his arrival at FGCU as one of the top-two new hires positioned for success and has since turned the program into his own brand of Dunk City. With a starting five that look nothing like the team that shocked No. 2 Georgetown in 2013, it still manages to do what FGCU does best: the unexpected.

In early February, FGCU was poised to face leading conference foe North Florida at home after losing to the Ospreys in Jacksonville a week prior. UNF earned the league’s automatic bid into the NCAA tournament a year prior and earned this season’s regular season title.

FGCU wasn’t supposed to win — and yet they did— shocking the Ospreys and flexing its Dunk City moniker in a 81-65 win.

Although when the Pirates faced UNC in 1993, the majority of today’s players weren’t even born yet, it’s still a No. 16 seed mid-major taking on Michael Jordan’s alma mater.

If any No. 16 seed is going to take down a No. 1 seed, a historical first in the NCAA tournament, FGCU is the team to do it.

FGCU’s Sherwood Brown celebrates with teammates after their 81-71 win over San Diego State in a third-round game in the NCAA college basketball tournament, Sunday, March 24, 2013, in Philadelphia. Florida Gulf Coast became the first No. 15 seed to make the Sweet 16. (AP Photo/Michael Perez)

The Heels are apart of the top seeds that are considered the worst group in years, going 28-6 this season while suffering losses from Notre Dame, Northern Iowa and Texas. FGCU is 21-13, but yields the second-highest win percentage in the Big Dance, behind Duke, going 3-1 in two tournaments.

After all, this is the same program that was the first No. 15 seed to knock off a No. 2 seed and reach the Sweet Sixteen.

Some say history repeats itself, others say it’s about time for Cinderella to put on her glass slipper.

We’ll have to see tonight.