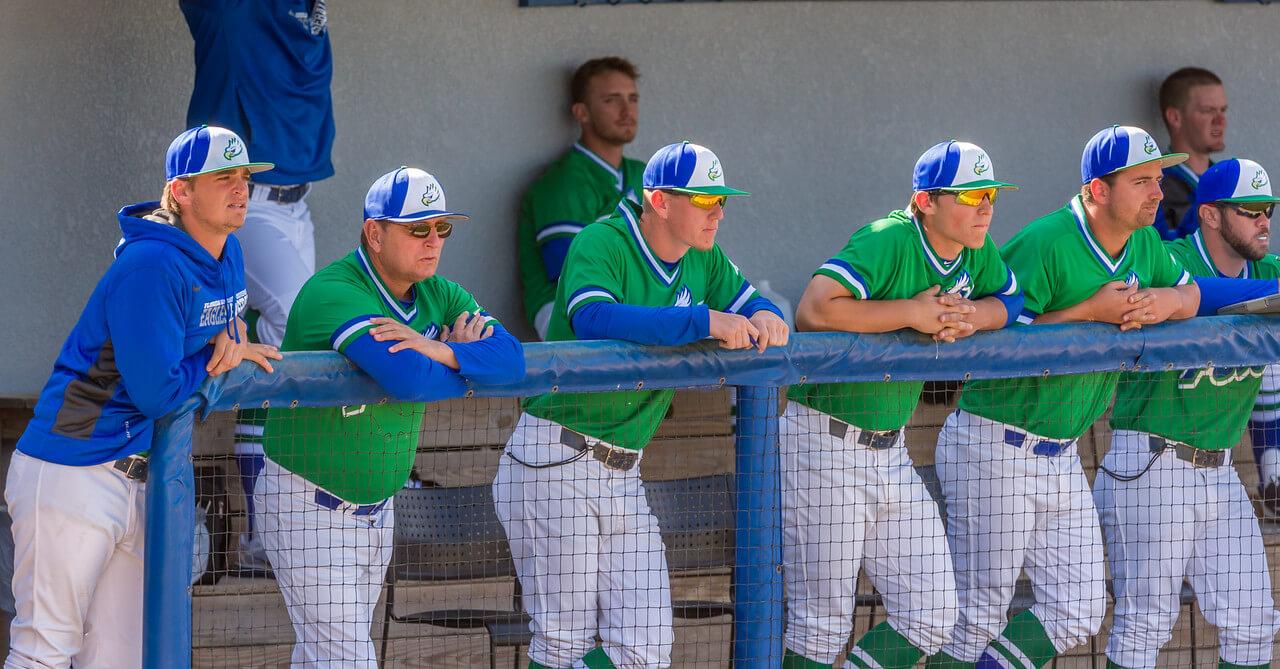 With the Atlantic Sun Baseball Championship quickly approaching, the FGCU baseball team hosts Kennesaw State for a crucial three-game series at Swanson Stadium. The series will begin at 6:30 p.m. tonight, followed by game two at 6:30 p.m. tomorrow, with senior day and the 2016 regular season coming to a close at noon on Saturday.

Before Saturday’s season finale against the Owls, the Eagles will honor seniors Brady Anderson, Colton Bottomley, Clint Knoblauch, Jake Noll and Tyler Selesky as they prepare to say farewell to FGCU.

Coming off an 8-3 loss to No. 4 Miami on May 18, marking a sweep of the Eagles by the Canes, FGCU comes into the series finale in a three-way deadlock for the fourth seed at 9-9 with Lipscomb and Stetson and ambitions for a higher seed in the conference tournament.
The Eagles’ play has increased since their slow start to the season, picking up wins in key games, defeating then No. 4 FSU 11-8 in overtime on May 11 as well as Lipscomb, 19-4 and 7-4, in the last two of their three-game series to secure a spot in this year’s conference tournament.

Leading the way in the A-Sun standings, the Owls have been hot in conference play. Despite a 26-25 record on the year, Kennesaw State is 14-4 in conference play, coming off a series victory against Stetson where it took the last two games of the series.

“This is our last chance to improve our conference seeding, and we’re looking for a couple of big wins this weekend,” FGCU head coach Dave Tollett told FGCU Athletics. “Kennesaw State is obviously a tough opponent, as they sit atop of the conference standings. But, we’re going to try to keep the momentum going from last weekend and finish this thing off on a high note.”