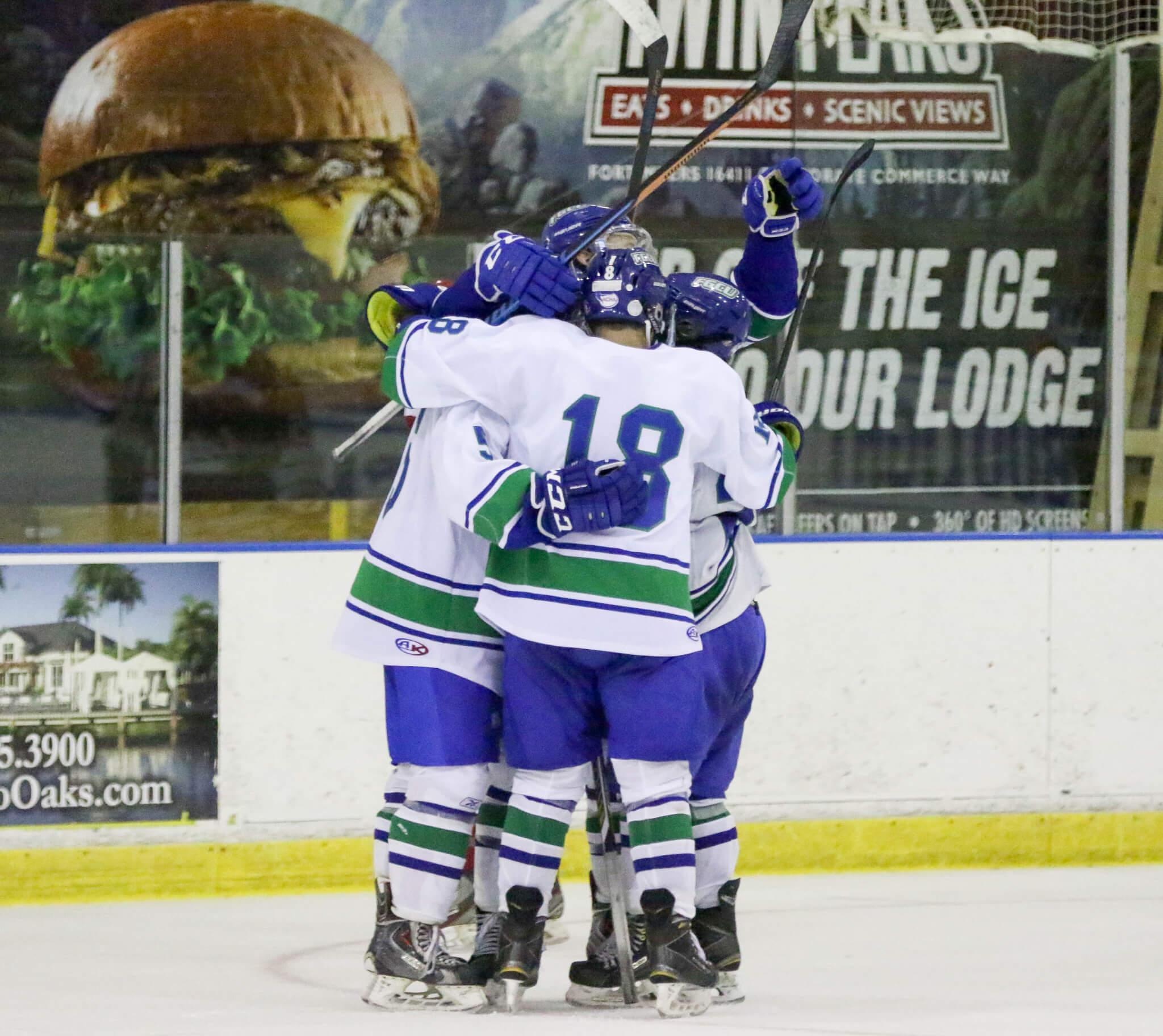 The Eagles traveled up to Grand Rapids, Michigan, where they tied twice and won once on their back-to-back-to-back three-game series against Davenport University, improving the Eagles’ record to 9-0-2 on the season. This series was an interesting one, as the Eagles faced the DII squad on the first two nights and facedthe DI squad on the third straight night.

The Eagles took a tie against the Davenport DII squad in a 3-3 contest. The Eagles fell into a 2-0 hole in the first period. They would answer to the adversity with three straight goals in the second period, not allowing Davenport to get on the board again. The Eagles held strong in the third, but surrendered a late goal with 38 seconds left, taking it to overtime. Neither team was able to bury it, ending the game in a 3-3 tie.

The Eagles were back and ready with a vengeance the second night, taking a 6-4 win, and handing Davenport their first loss of the season. The game was a back-and-forth contest with both teams answering each other’s goals. This game came down to the wire before Davenport pulled their goalie and Jordan Klotz put home the Eagles’ sixth goal, putting it out of reach for Davenport and ending the game on a 6-4 Eagles victory.

In the third straight game, the Eagles faced the Davenport DI squad and put up a good showing as to why they are a DI caliber team, taking a 6-6 tie in the final game of the road trip. This one was another close back-and-forth battle, with the Eagles showing no signs of fatigue early, taking a 5-3 lead into the third period. Davenport was able to battle back in the third, with three straight goals in the first 4:11 into the period. Assistant captain Michael Chemello was able to tie the game at six with 1:15 remaining in the period, salvaging the Eagles’ undefeated record. This one went into overtime, but just like against the DII team, nobody could put the biscuit in the basket, ending the Eagles’ road trip with a 1-0-2 record.

The Eagles are back in action at home Friday and Saturday at 8:30 p.m., where they will take on Sacred Heart University.