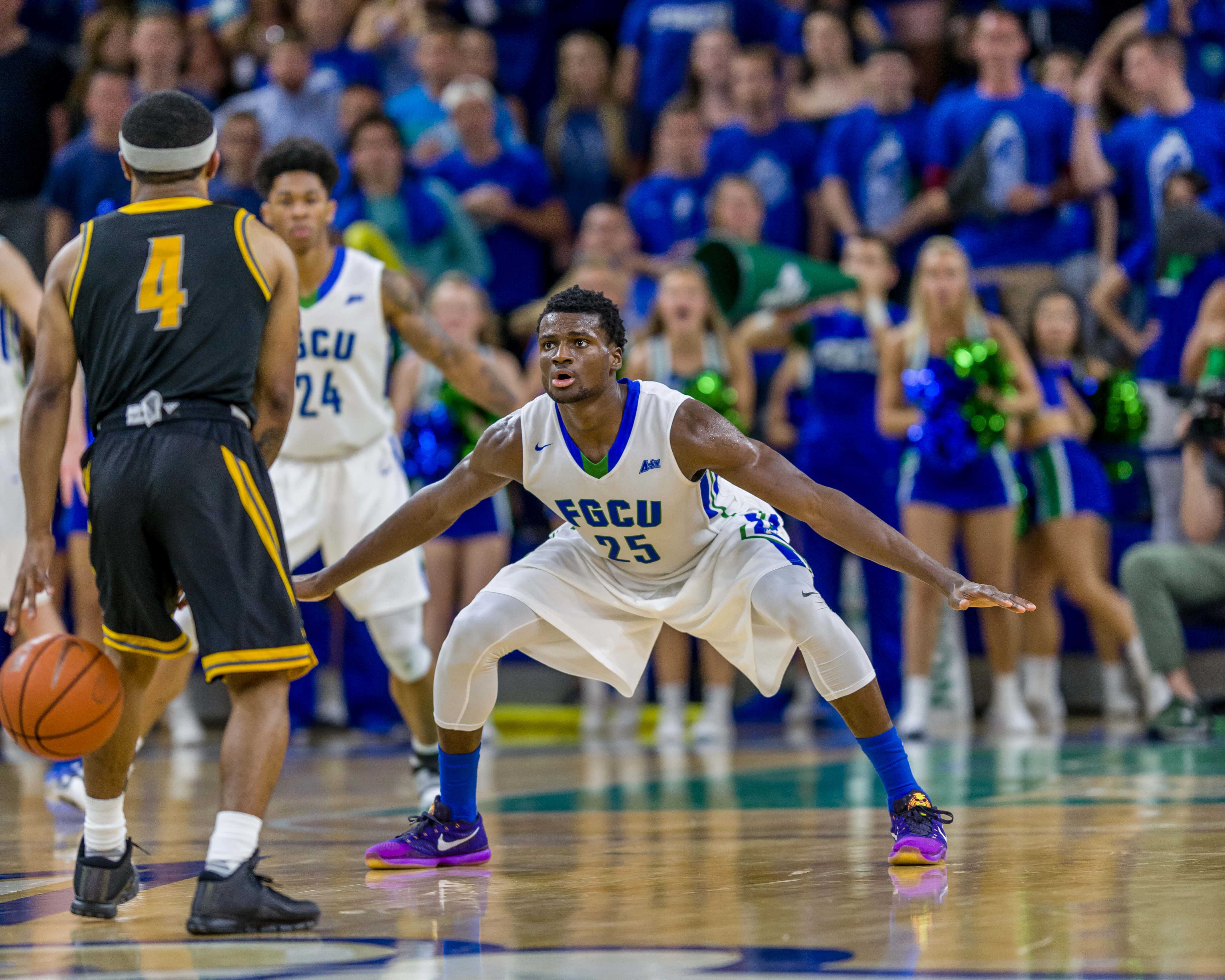 The game marked junior captain Marc-Eddy Norelia’s fifth 20-point game in the last seven for FGCU.  The winning score of 68 tied for the lowest amount of points for an FGCU win this year. The win puts FGCU in second place in A-Sun standings under rival University of North Florida.

“They put us in some tough spots,” FGCU coach Dooley said. “Reminded me of last year’s game.”

Two of KSU’s players, Yonel Brown and Kendrick Ray, are two of the top-5 scorers in the A-Sun Conference.  FGCU was able to hold Brown to 11 points. FGCU could not hold back Ray. He was utilized for a majority of the game with a total of 39 minutes. In those 39 minutes, Ray had the game high of 25 points and led his team in rebounds with 7.

Tonight marked the return of FGCU guard Reggie Reed. Reed has been battling an ankle injury. He had some rotation minutes during the game.

For FGCU, Norelia once again had a productive night.  Norelia totaled 22 points and seven rebounds. He led his team in both of these categories for the entire game.

“Even if he’s not catching boards, he’s occupying people,” Dooley said of Johnson “He really had a special second half.”

Simmons and Williams had some exchanges during the course of the game. Some of Williams’s frustrations lead him into foul trouble with three.

For KSU, It was all Kendrick Ray. Ray along with Brown was on the court for most of the night. Brown had a low productive game, shooting night with 1 for 9 from deep.

The game’s final moments created built-up anxiety like that of a championship game. The game should have been over with 19.8 seconds to go.

FGCU had a 64-61 lead, but FGCU seemed to keep having turnovers. Because of this ongoing problem, KSU’s Brenard Morena was able hit a quick layup to close the gap to just one.  But, following this play consecutive free throws by Johnson and Norelia were able to put the game away.

Many questioned Coach Dooley for not fouling in that last defensive stance.

“We read a statistical study by Harvard that says to not foul over five seconds,” Dooley said. “They say statistically you have better chance to win if you don’t foul with over five seconds. I didn’t get into Harvard, so I’m gonna take their word for it.”

He trusted the defense and it came through.

Next up for the Eagles is Stetson on Thursday.

“We know they can beat us if we don’t come ready to play,” FGCU’s Terrell told the media.

FGCU has been battling some injuries that have hindered the rotation.

Dooley told the media that Simmons ended up stealing some of Demetrius Morant’s minutes. He attributed that to the stiffening of Morant’s legs in the half.

In addition, rotation forward Filip Cvjeticanin is out and undergoing concussion protocols.