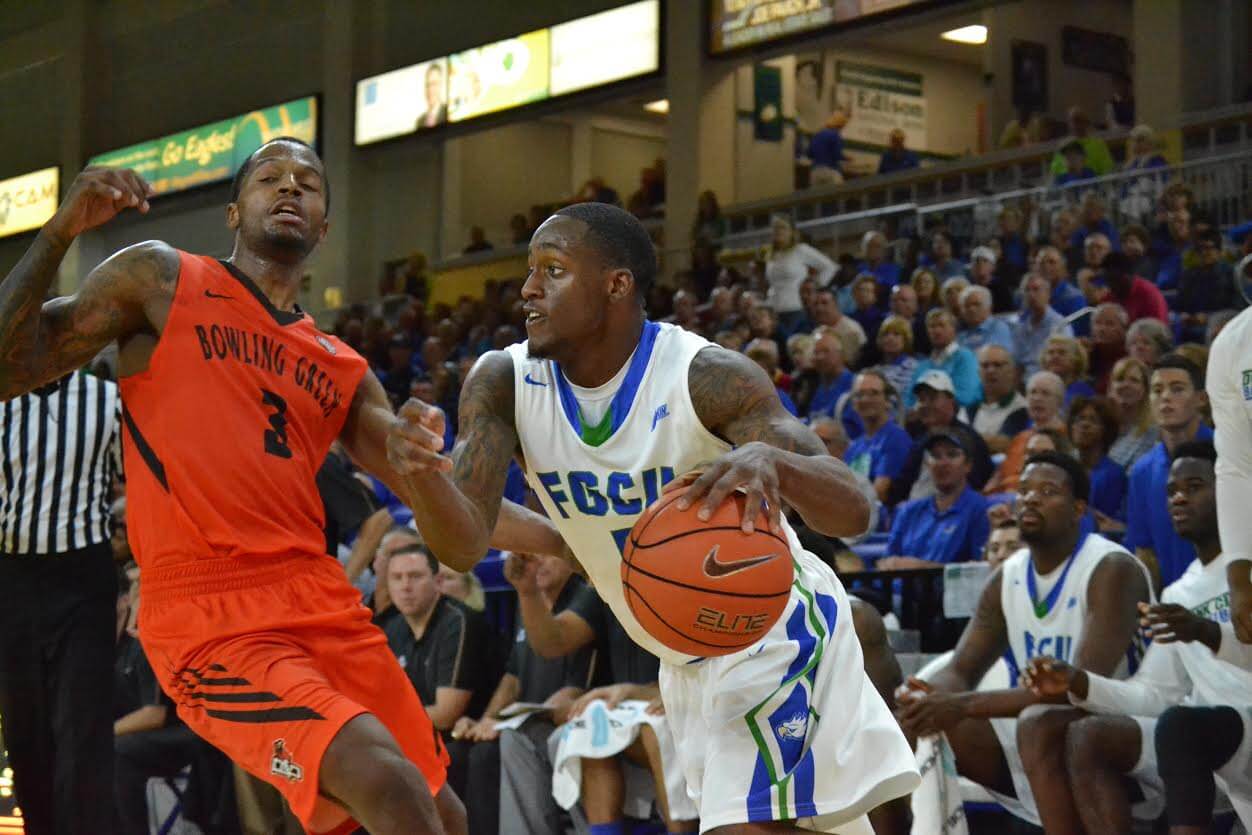 After defeating the North Dakota Fighting Hawks 73-60 in its second game of the Hilton Garden Inn FGCU Classic, the FGCU men’s basketball team faced off against the Bowling Green Falcons.

In their final game of the Hilton Garden Inn FGCU Classic, the Eagles were defeated by the Falcons 82-77 on Monday, Nov. 23.

Before Monday night’s game against Bowling Green, Reggie Reid was named Atlantic Sun Newcomer of the Week. Reid struggled to get it going offensively this game, playing 12 minutes and having zero points, two assists and two turnovers.

Coming off a solid outing against the Fighting Hawks, where he put up 18 points and snatched 10 rebounds, Marc-Eddy Norelia had a quick night, finishing the game with seven points and four rebounds.

After missing the second half of Sunday night’s game due to an ankle injury, Julian Debose started for the Eagles against the Falcons. Debose played 29 minutes and scored eight points in a rough night from the field for the Eagles, unless your name was Zach Johnson or Christian Terell.

The Eagles struggled to make shots in the first half, as they did in their previous game against the Fighting Hawks, but were surprisingly only down 10 at the end of the first half with a score of 35-25. The Eagles shot 35.5 percent from the field and played poorly at the other end of the floor, allowing the Falcons to get 24 of their 35 points in the paint.

“I was just trying to make the right plays,” Johnson said. “My game felt good, but we came out with the loss. I’m not really worried about what I did personally. I’m just more disappointed in the loss.”

Falcon guard Ismail Ali knocked down a pair of free throws and put the Falcons up 80-74. After inbounding the ball, Terell knocked down a quick three to cut the lead within four again with 24 seconds left to play. The Falcons successfully inbounded the ball against tight coverage, and it looked like Falcon guard Antown Lillard would convert an easy dunk at the other end. But, Lillard took one too many steps, forcing the refs to call a traveling violation and give the ball back to the Green and Blue.

“Zach (Johnson) playing aggressively opened up lanes for me to drive, and I just finished really well around the basket today,” Terrell said.

The Eagles would look to Terell to bring them within one, but he missed his shot behind the line. That was game over for the Eagles, as the Falcons knocked down their free throws at the other end. The Eagles comeback came up just short, losing to the Falcons 82-77.

“You can’t get outrebounded by that big a margin,” Head Coach Joe Dooley said. “We’ve got to rebound the ball. That’s the one thing we need to do better defensively.”

The Eagles will now rest for a couple days before traveling to Gainesville to face off against Southeastern Conference powerhouse University of Florida on Friday, Nov. 27.

“I think we all just want to compete,” Terell said. “No matter who we are playing, I think we are going to play hard and have a chance to win.”