FGCU softball earns first win of the season against Chicago-Illinois 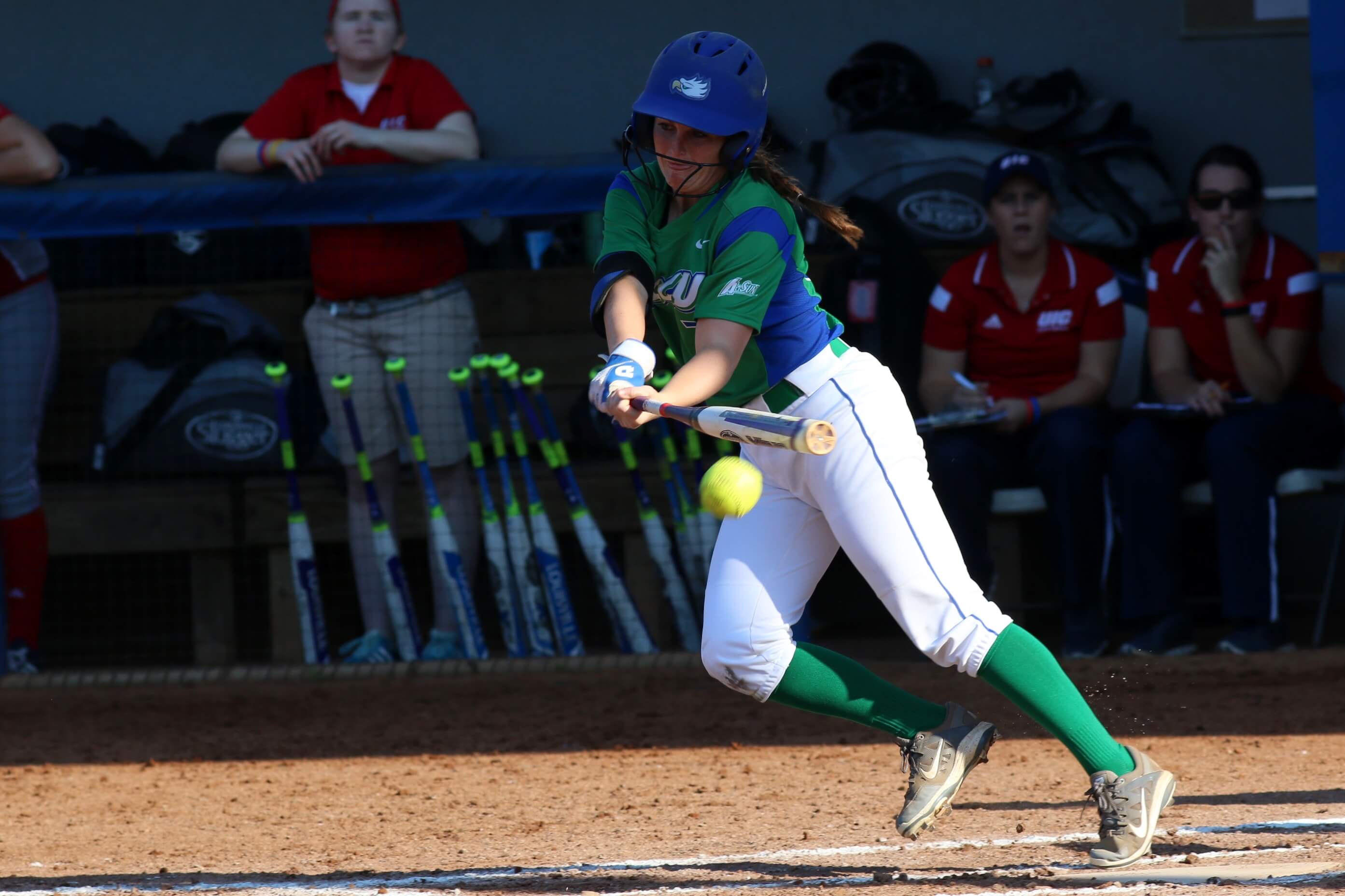 The FGCU softball team won its first game of the season against Chicago-Illinois on Saturday, Feb. 13. The Eagles beat the Flames 4-3 in their second game of the day at the FGCU Kickoff Classic.

Both pitchers started off strong, neither giving up a run until the fifth inning. FGCU starting pitcher Ashley Dobson and Flames starter Karissa Frazier both had five strikeouts during the game.

In the fifth inning, however, both pitchers began to lose focus. The Flames scored their first run with two outs on a single to right field by Laura Swan. The Eagles fought back in the bottom of the inning, capitalizing on two walks, an error and two pass balls. Junior catcher Bree Tourtillot scored FGCU’s first run on a pass ball, tying the game at 1-1. Later in the inning, sophomore center fielder Kelsey Huff touched home on an RBI single to left field by freshman outfielder Racquel Fournet.

The Flames came back, however, in the sixth inning, scoring two runs to take the lead. Dobson was taken out early in the inning after giving up a two singles. Sophomore Gabbee Draney came in to relieve Dobson but could not keep the Flames from scoring. The Flames scored two runs on a single to right by Dana Copocci, giving them the lead at 3-2.

In the bottom of the sixth, FGCU fought back. Again, the Eagles took advantage of errors made by the Flames, moving runners on the numerous pass balls given up by Flames’ catcher, Jasmine Willis. The Eagle tied the game at 3-3 with an RBI double by

Tourtillot — driving in sophomore Natalie Lopez, who got on a base with a walk. The Flames changed pitchers after that, putting in Bridget Boyle. But, after an illegal pitch, a walk and a single, the Eagles quickly loaded up the bases on Boyle. The Eagles scored their final and ultimately winning run on a sacrifice fly to right field by senior outfielder Makenzie McAvoy. The Eagles held the Flames in the seventh inning, securing the 4-3 win.

“It was a big win for us to be able to come from behind and finish the win,” Head Coach David Deiros told FGCU Athletics. “It just seems like everything is getting a little bit better as far as our resilience and our attitude. We’ll hope to build on that tomorrow.”

FGCU will go at it again on Sunday as it continues in the FGCU Kickoff Classic. The Eagles will face Kent State at 1:30 p.m.