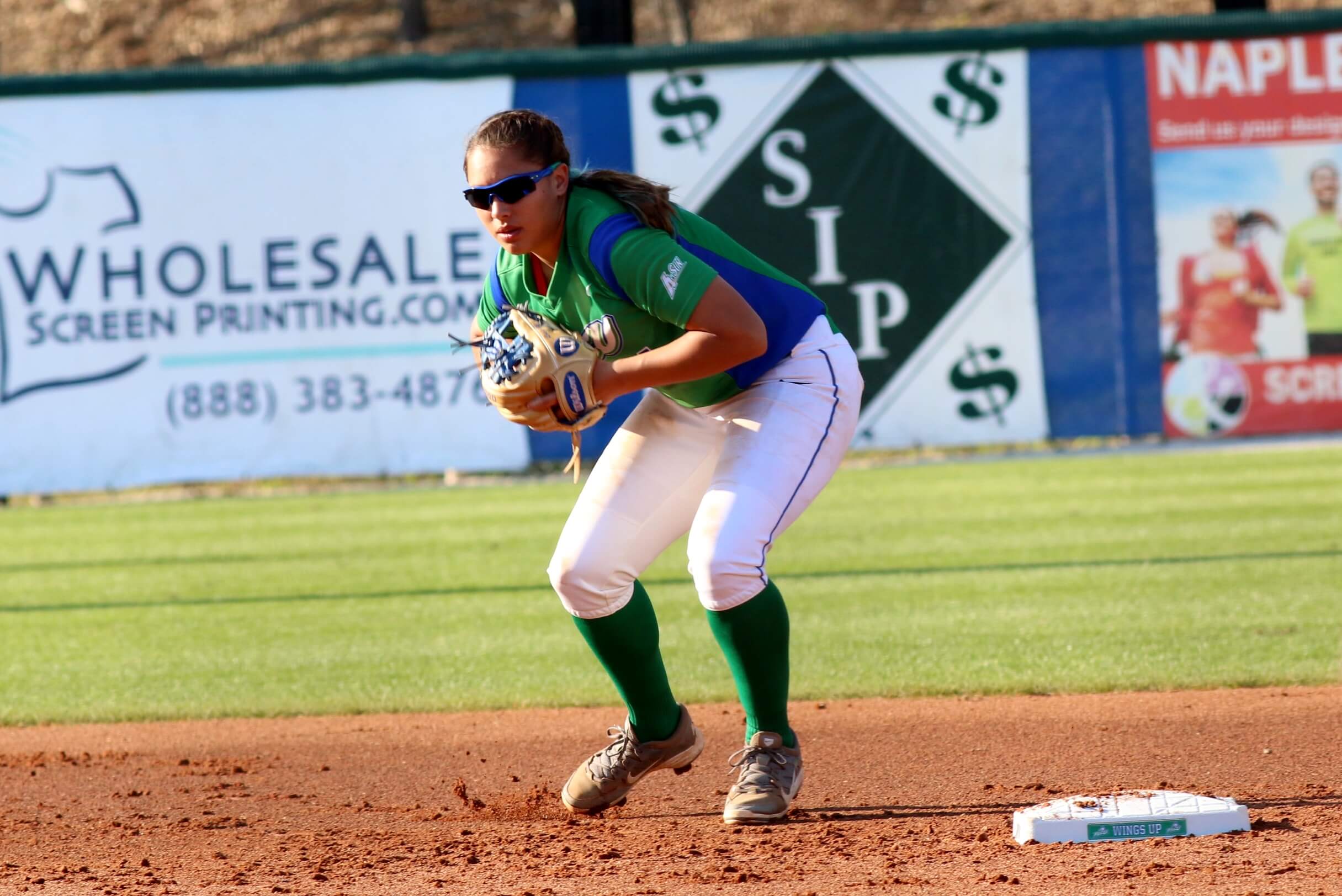 The FGCU softball team was shutout by Memphis on day two of the FGCU Kickoff Classic on Saturday, Feb. 13. The Eagles lost 6-0, putting them at 0-3 to start the season.

The Memphis Tigers earned their first run in the first inning after the lead off batter Kyler Trosclair, reaching second base on a throwing error by FGCU junior catcher Bree Tourtillott. Trosclair scored on a fielder’s choice out to first base.

The Eagles struggled to get going against Memphis’ starting pitcher, Molly Smith.  Smith dominated from the start, going five straight innings without giving up a single hit. Smith gave up no walks and struck out two batters throughout her seven innings pitched.

“It took us too long to decide what we wanted to do in the batter’s box,” FGCU Head Coach David Deiros said. “We seemed a little hesitant, a little uncertain and really couldn’t get a handle on what their pitcher was doing.”

Memphis did not score again until the fourth inning, when Brook Lee hit a home run over the right field fence. In the fifth inning, Memphis put up another run when Trosclair scored from second base on an infield hit by Brittany Seale.

The Eagles did not earn their first hit until the bottom of the sixth inning when sophomore Kelsey Huff reached first base on an infield hit to the Memphis shortstop. FGCU failed to advance Huff any further on the bases.

In the seventh inning, the Tigers doubled their runs to six when they rallied in their final at bat. After FGCU starting pitcher Taylor Wade gave up a hit and a walk to the first two batters, freshman Riley Randolph came in for relief. Memphis did not let the change in pitching affect its game, scoring three runs off of Randolph.

The Eagles looked like they were finally seeing the ball well in the bottom of the seventh when senior shortstop Louie Ross started off the inning with a base hit to left field. Sophomore Brittany McGuire followed with a base hit to left as well. Unfortunately, the Eagles were unable to keep a rally going and failed to earn a single run, ending with a final score of 6-0 against the Tigers.